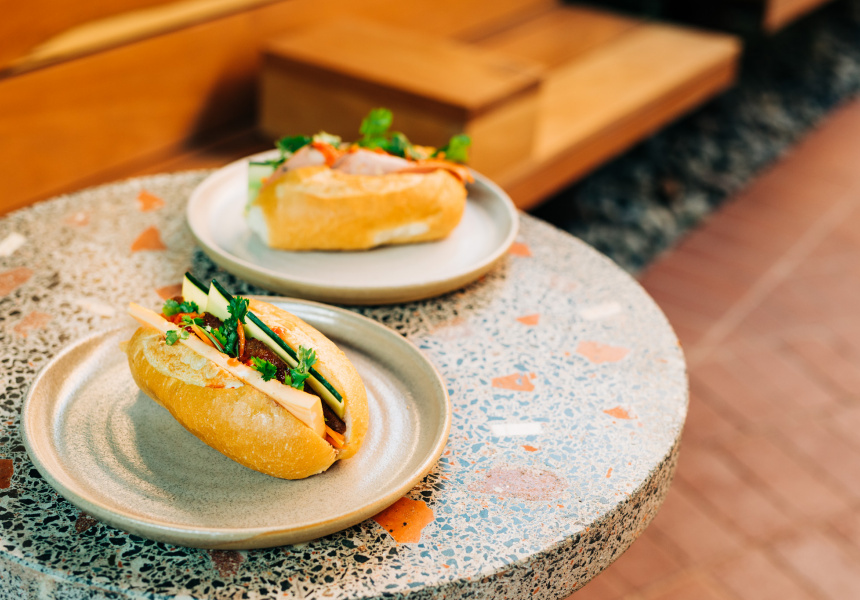 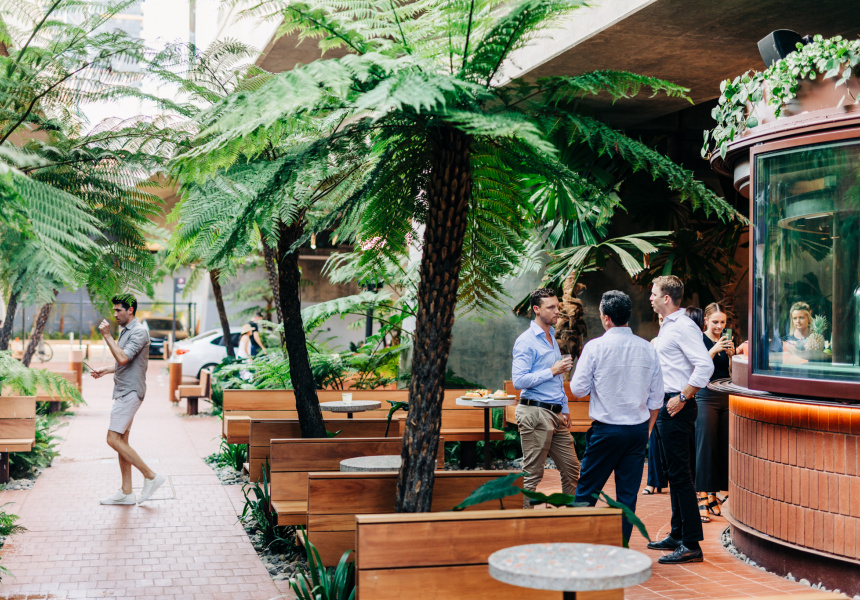 Kiki kicks off early each day for Bellissimo coffee, Doughluxe doughnuts and Choquette pastries. But it's perhaps better defined by what it serves in the afternoon – an easy-drinking cocktail and beer menu intended to capture the spirit of beach bars in Vietnam and Thailand.

The beers lead with 333, Singha and Bia Hanoi. There’s also XXXX Gold, a Balter XPA and a Range IPA. For cocktails, there’s a classic Mojito, a Tommy’s Margarita, a variation on the Tommy’s built on pineapple mezcal, and a Fong Fuego which mixes tequila with watermelon and fresh chilli. There’s also an efficient, approachable wine list that favours natural-style wines such as Continental Platter’s Pink Lightning sparkling rosé, Delinquente’s Pretty Boy rosé and a Bones Wines sauvignon blanc.

For food beyond the cabinet items, the all-day banh mi menu includes a vegetarian baguette and a breakfast baguette with Laos sausage, egg and Vietnamese salad.

The venue itself isn’t much more than a large circular kiosk parked in the corner of the Town Square precinct opposite Southside, between Fish Lane and Melbourne Street. It’s more about the setting, with what was once an empty, unused space converted into a vivid urban garden of red brick, timber and tree ferns. Only the occasional roar of an overhead train reminds you that you’re underneath the South Brisbane rail flyover.