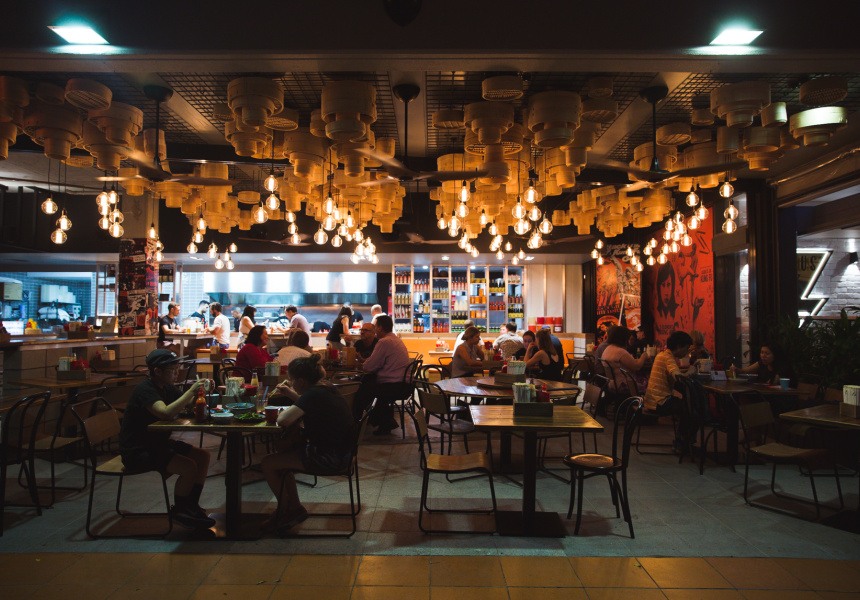 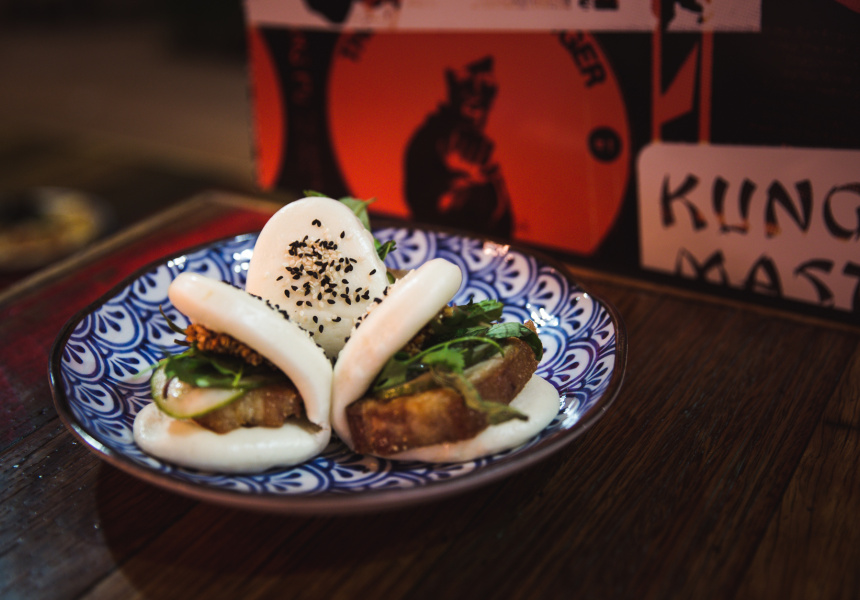 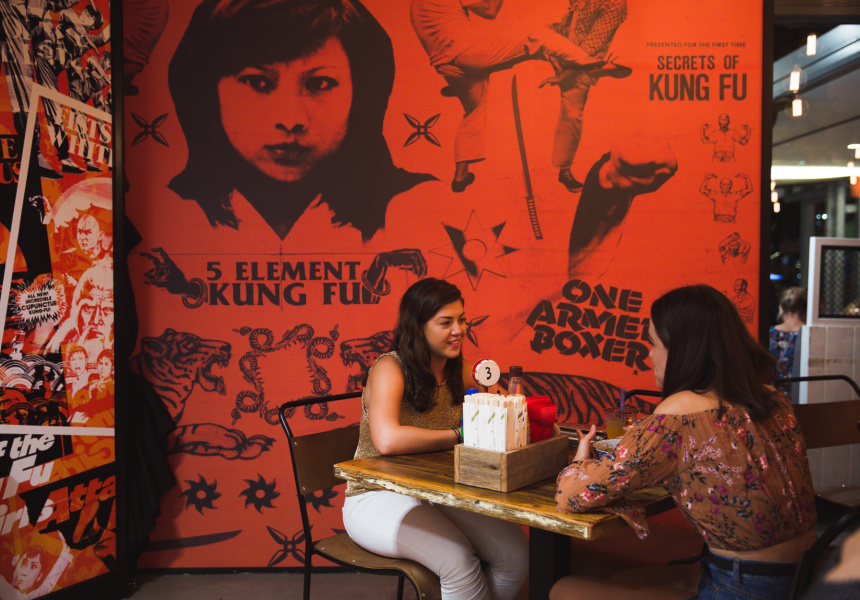 Now they’re behind the Worldwide Hospitality Group, a group of cafes, bars and restaurants in Toowoomba, Brisbane and beyond. In February 2016, they added a third Junk Boat (also in Toowoomba and Maroochydore) to the family.

Before opening his own venues, Kelly worked as head chef at fine diner Stokehouse Q. As director of culinary, he works alongside Braden White (ex-Stokehouse Q, Hatch & Co, Ricky’s) and Mitch Smith to oversee the food at all three Junk Boat venues.

The short drinks menu includes two whites, two reds and a couple of beers on tap and in bottle. For something more novel, try the gin- or vodka-spiked bubble tea, or if you’re with a large group, a chilled 2.5-litre beer tower for sharing.

Arkhefield Architecture + Interior Design (Urbane, Atalanta and Stokehouse Q) is behind the fit-out, which features wooden tables and chairs, bright orange booth seating, bamboo baskets hanging from the ceiling and an open kitchen.