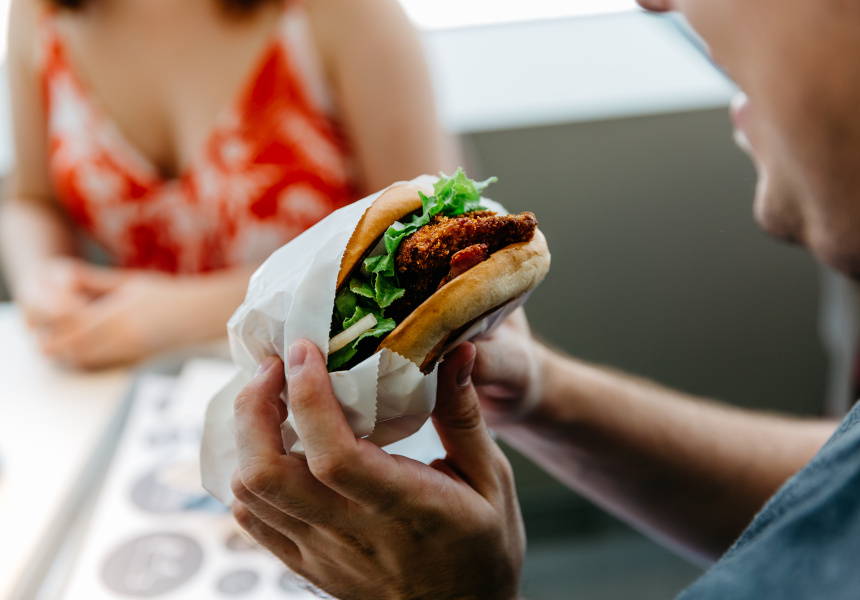 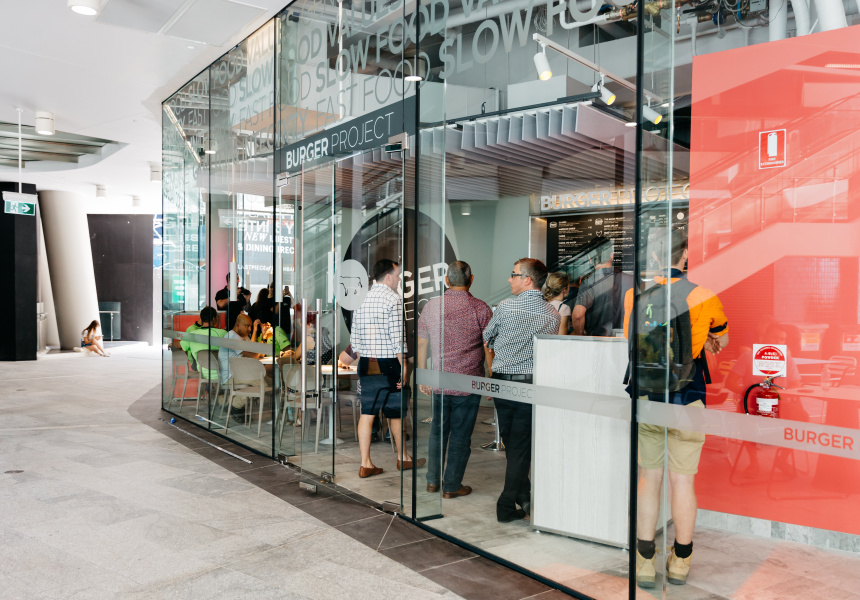 That’s the motto at Burger Project and chain (part of the Urban Purveyor Group since 2016) has been so successful in Sydney and Melbourne since opening in 2014. Brisbane’s first outpost opened in February 2017.

Thirty-six-month-old, grass-fed, Cape Grim chuck steak and brisket is brought in directly, then cut, minced, and hand-formed into patties. According to Perry, hand-forming produces a much better result than machine forming, keeping the meat tender and juicy.

The drinks menu features exclusive Project wines made in South Australia by Grosset, including a riesling and a shiraz. Then there’s Urban Craft Brewing Co beers on tap; and ciders, sodas and ice teas.

An 8am to 11am breakfast service offers egg burgers, BLTs and ELTs (egg, lettuce and tomato). Coffee is by Melbourne’s Market Lane roastery. 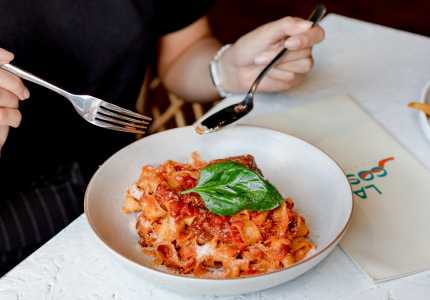