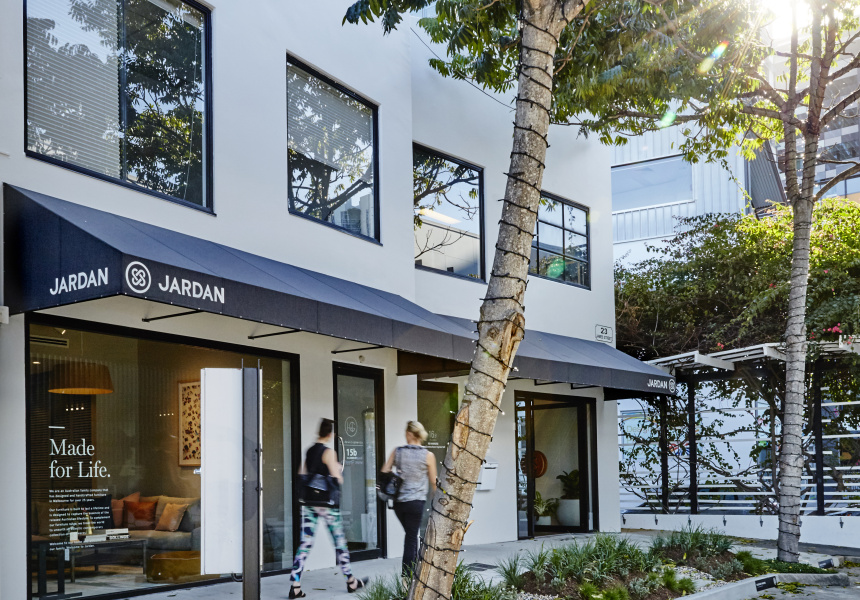 There aren’t many companies like Jardan. Where others have crumbled in the face of cheap offshore labour, it has flourished, growing larger almost every year since being founded in 1987. All its striking furniture and homewares are still designed and manufactured in Melbourne.

The Garnham family has owned the brand since 1997, overseeing its creeping expansion up the east coast and maintaining its remarkable aesthetic. Nothing here is cheap, but you’ll be hard-pressed to find better-looking, longer-lasting products anywhere.

The store is a series of styled rooms which could belong in an artist’s or architect’s house. The pastel couches are so perfect you won’t want to sit on them; the kitchens so immaculate you can barely imagine people cooking in them.

While the influence of Scandinavia is visible in the occasional touch of mid-century lines and shapes, Jardan’s look is uniquely Australian. From small vases and cutlery, to stools, shelving, sideboards and dining tables, every item here is a statement piece.

With the company officially carbon neutral and its raw-material suppliers accredited by codes such as Australian Forestry Standards, you can also rest easy knowing your purchases have a minimal environmental impact.