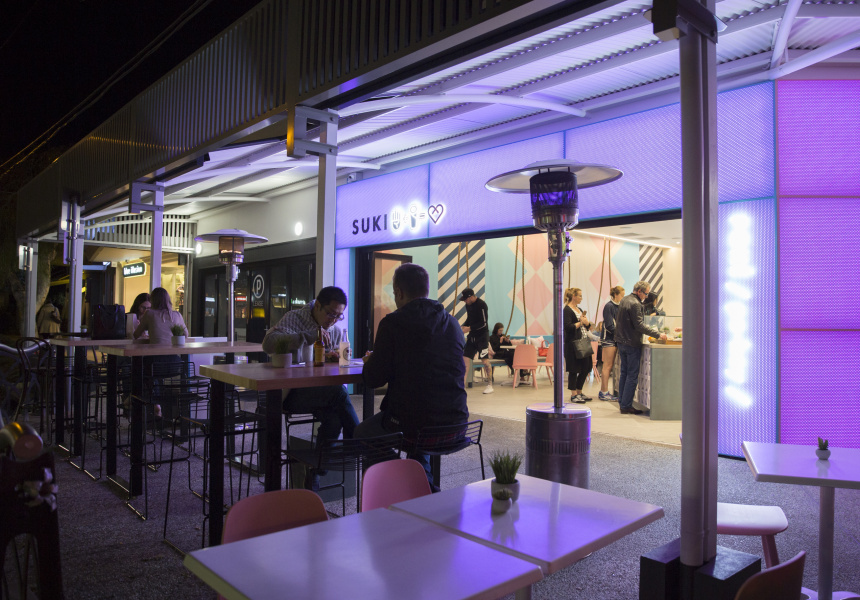 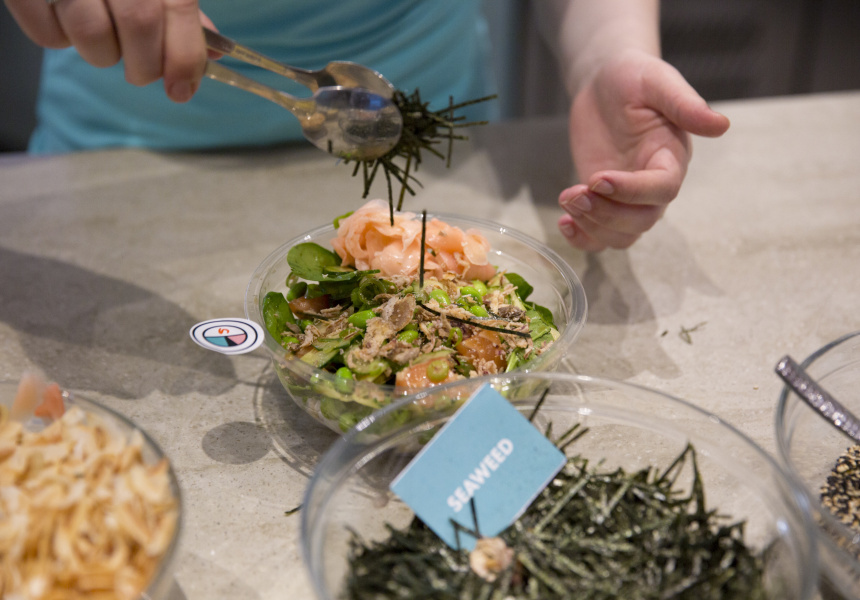 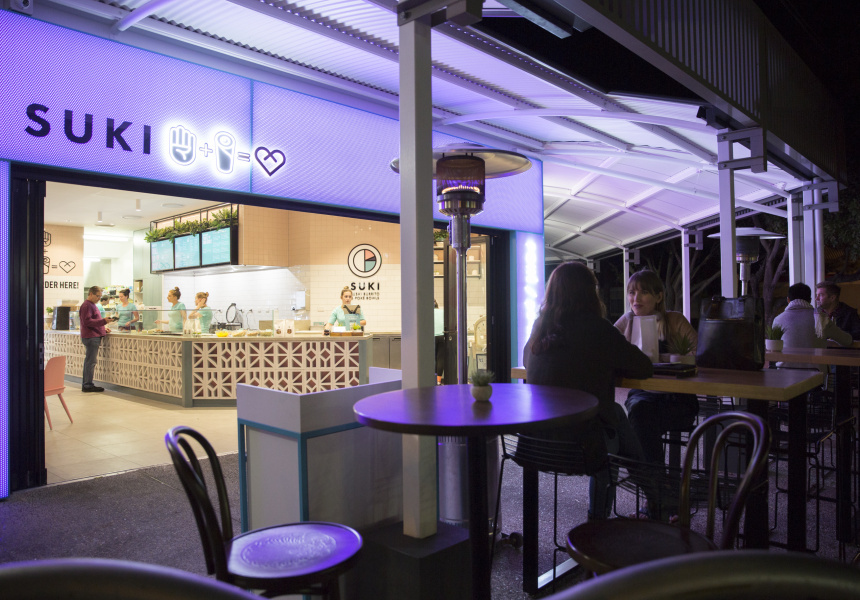 Suki Bulimba is the second spot for this outlet (the first is in South Bank). Both serve poke bowls and sushi burritos.

After seeing how popular poke (a Hawaiian national dish of raw fish) was becoming in California, co-owners Leon McNiece and Eddie Isik opened the first Suki in April 2017. The Bulimba store opened in July of the same year, opposite the Balmoral cinemas.

While Hawaiian poke is typically served in small portions at the beginning of a meal, Suki is dishing out main meals of sustainably sourced tuna, salmon, snapper, swordfish and kingfish – or non-fish options such as katsu chicken, tofu or ginger beef – with a choice of rices, salads, sauces and toppings. You can let Suki be your guide with one of its already-decided combinations, or make your own bowl.

The fit-out is as busy as the menu. The old Cafe Citrus on the corner of Oxford and Smallman Streets has been cut in two and done in crisp white breeze blocks and subway tiles. Otherwise, everything is either teal or pink, including the glowing frontage, which switches between the two.