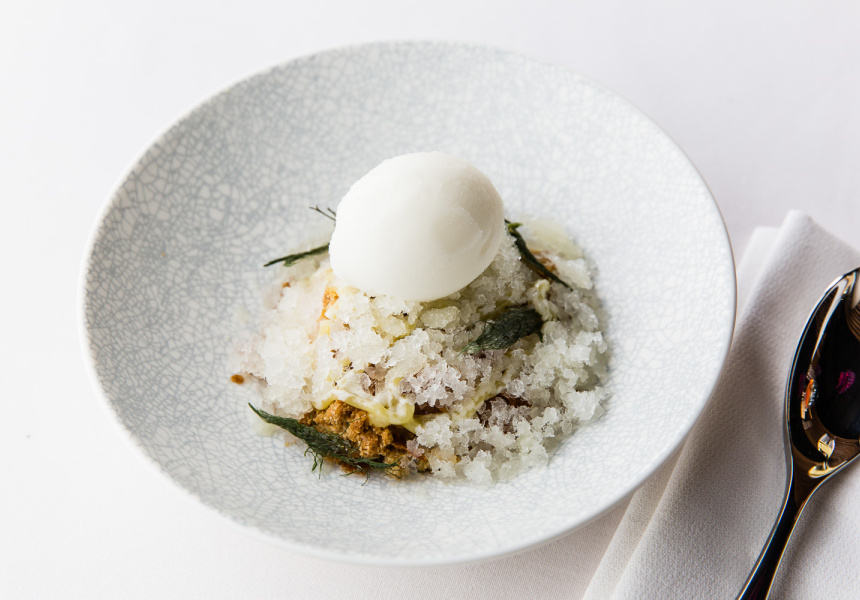 After 12 years at Sydney’s Cowper Wharf, John Fink decided he hated his restaurant. He enlisted friend Michael Rebelo, the Australian CEO of advertising firm Saatchi & Saatchi, to redesign the Otto brand, tapping into the lemon yellows and deep-sea blues of Italy’s Amalfi Coast.

The process lit a fire under the Fink Group (which already owned Quay) as a whole, leading to four new restaurants in Sydney; one in Byron Bay; and this second Otto in 2016. It’s split into a lunch and dinner restaurant, as well as a no-bookings bar where you can catch breakfast or after-work drinks.

On the escalator ride up to Otto, the gleam of the 480 Queen development’s glass and steel gives way to warm wood, crisp tiling and a series of terraced gardens. Pride of place is a view of the Story Bridge like no other.

The original Otto Ristorante referenced the north of Italy, but here Sydney export Will Cowper is in tune with the warmer climate of the Mediterranean. See: salmon crudo with cultured goats milk, finger lime and pickled cucumber; or oysters done in Sicilian style with fennel and white balsamic granita and horseradish lime mayonnaise.

Larger dishes include lamb rump with eggplant, capsicum and salsa verde; a bunch of luxe pastas; and Moreton Bay bug with lemon, black pepper butter and charred peppers. It’s all very suited to the white-clothed tables and suspenders-wearing waiters.

Sommelier Alan Hunter (ex-e’cco and One Eleven) maintains a lengthy list of bottles sourced from Italy, and Australian producers playing with Italian grapes.