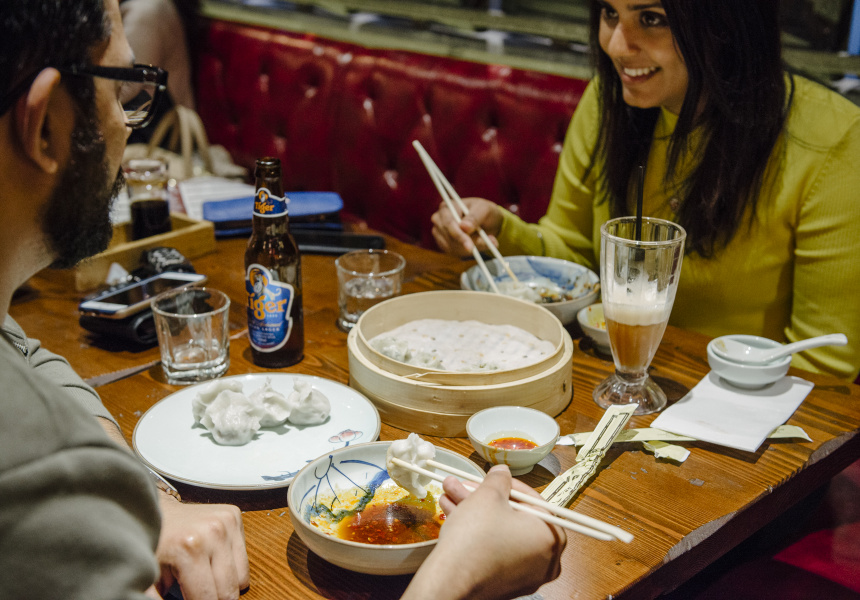 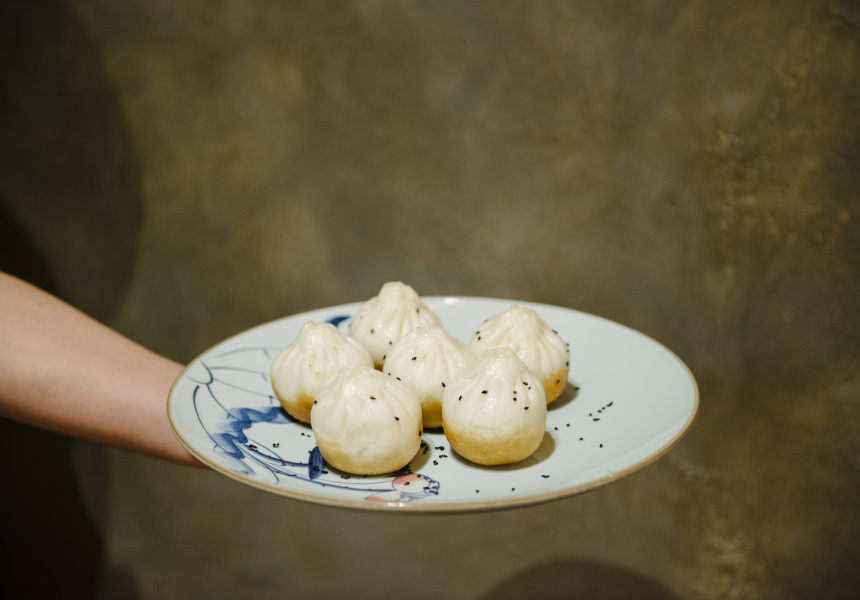 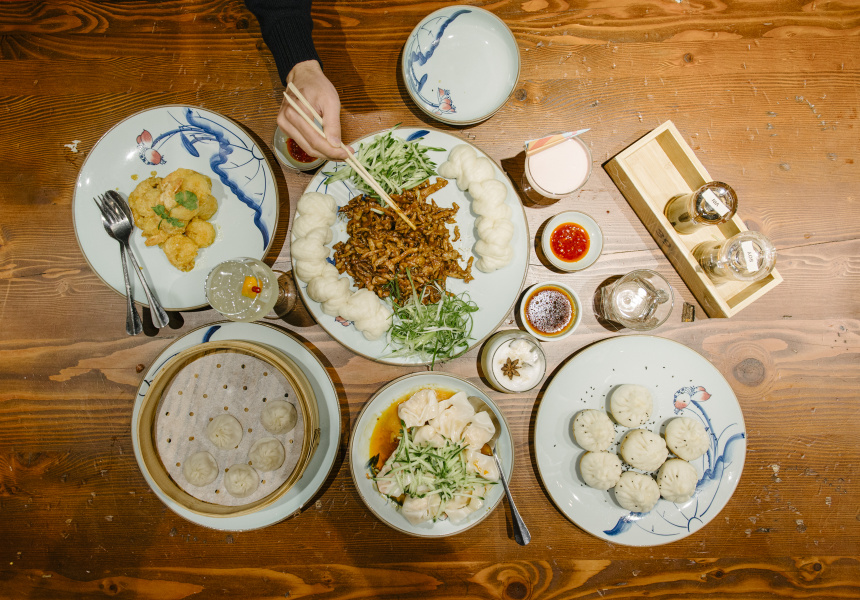 While the menu focuses on modern Shanghai cuisine, the decor is reminiscent of the 1930s, when the city was known as ‘the Paris of the East’, with etched windows and low wooden stools.

Throw in a cheeky nod to Australiana by way of weathered corrugated iron panelling and you have a rustic fit-out that creates a striking contrast to the modern, glass-fronted kitchen where an assembly line of linen-clad chefs make dumplings by the dozen.

While you shouldn’t miss the signature soup-filled xiaolong bao, it’s also worth trying other Shanghai specialties such as sheng jian bao (pan-fried pork buns) or pork wonton soup. There’s also a range of non-pork dumplings, including lamb and leek; and beef and coriander.

Generously-sized mains are also worth a go, with the soy-braised pork belly and deep-fried calamari coated in salted egg yolk being popular choices. Finish off with a smoky pu’er tea, or a bottle of Pearl River Lager.