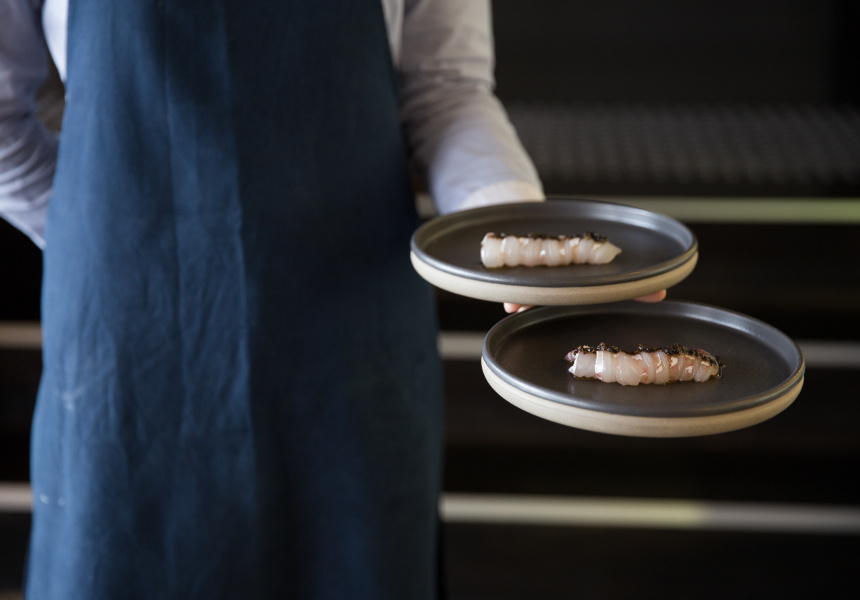 A consulting trip to Japan was the inspiration behind top chef Ryan Squires opening Esq right next door to his multi award-winning restaurant, Esquire. Impressed by the way Japan’s small venues use a succinct menu to allow quality produce to shine, Squires decided to do the same – with an abbreviation to match.

Fittingly, the food at Esq is straight to the point. Key ingredients such as premium grade meats and sustainable seafood are prepared to purist standards with the help of so-called neutral medium cooking, meaning the cooking oil doesn’t impart its own flavour. This brings the characters of fish and meat to the fore.

The former are cooked over coals and finished simply with lemon, garlic and parsley. Likewise steak is served only with a horseradish made from perilla, a type of herb popular across Asia.

Sides and desserts are no supporting acts. Away from the ultra-focussed mains, Squires and his team aren’t afraid to employ a few of the techniques he picked up working at the world class El Bulli in Spain. Expect to eat something that’s been dehydrated, or frozen with the help of liquid nitrogen.

Wine is sourced from next door (the two venues share a knockout list), while draught beer and classic cocktails flow from behind the bar.