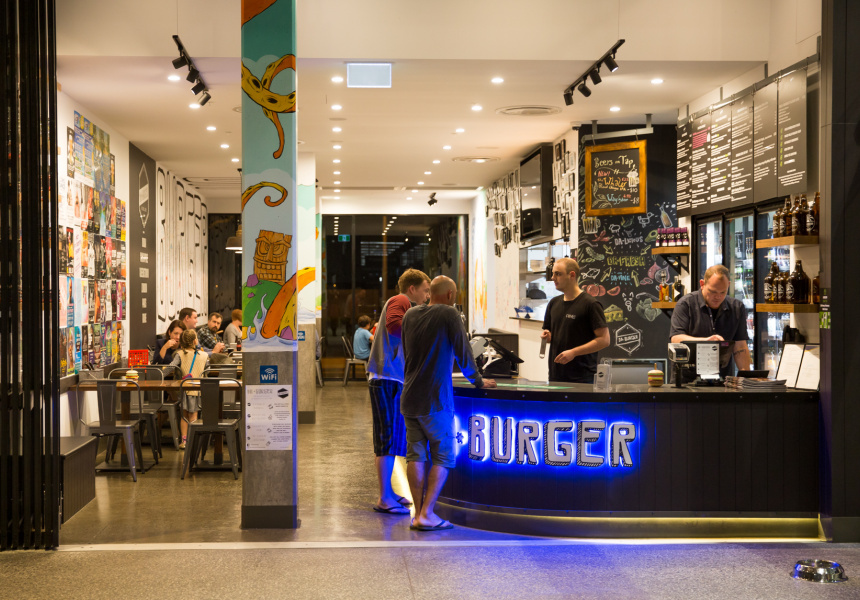 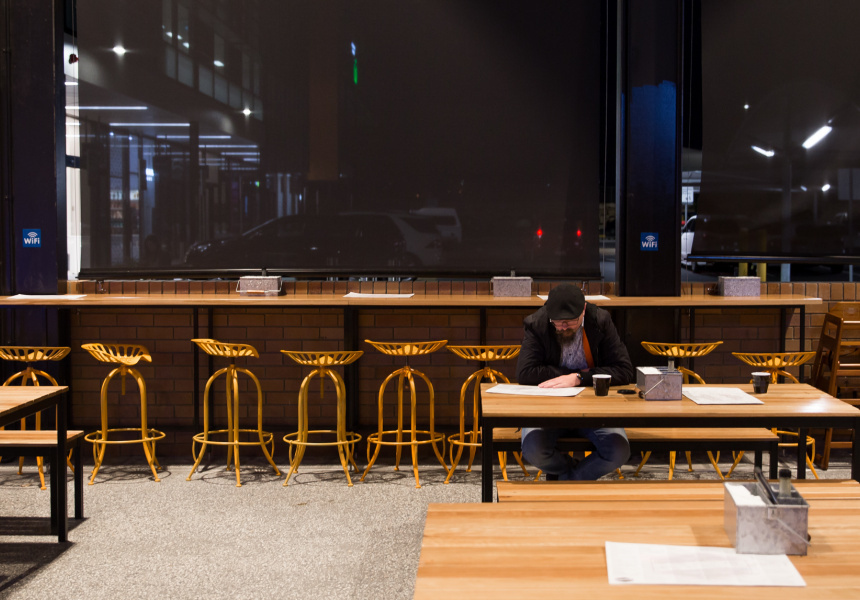 In 2013, James D’Ath and Wendy Mason opened Da’Burger in New Farm. Then in September 2018 they opened a second venue in Ascot’s Racecourse Village development.

The Ascot store has a similar look to New Farm, with painted murals, a minimalist black and white colour scheme, and words from customers scribbled on the walls.

For Ascot, Da’Burger continues its partnership with Rayner’s Gourmet Meats, which is next door to the New Farm outlet. The meat is ground in-store with salt and pepper – and that’s it. The buns are custom-made so they are just like the ones D’Ath grew up eating. They make for big, old-school, two-handers.

One major difference between the two stores is that Ascot has beer on tap. It also has a large range of tinnies and bottles from local breweries, such as Green Beacon.