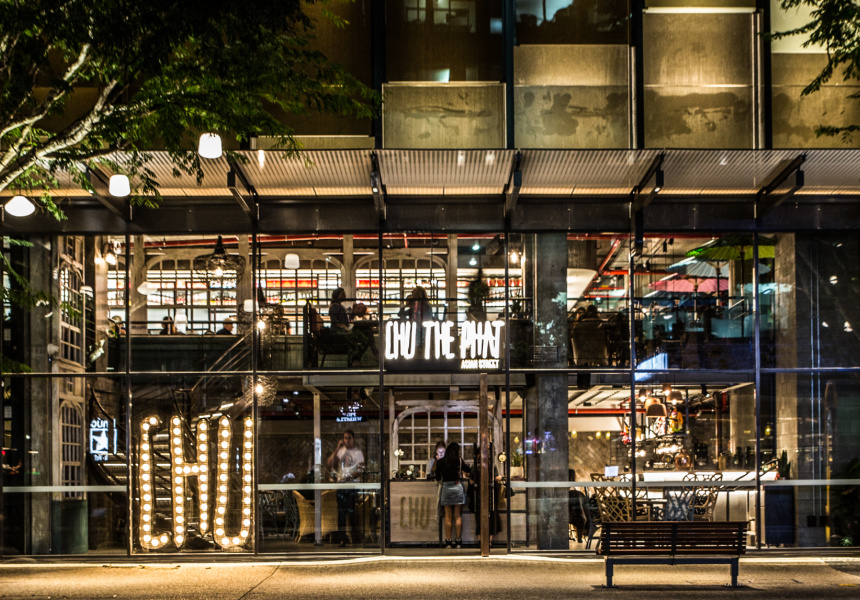 Chu the Phat is hard to miss. Walking past its huge glass frontage on Melbourne Street, the bold, illuminated signage pretty much screams that something is happening here.

That something is a two-level, 300-seat Asian street food venue from the owners of Madame Wu on Eagle Street. While Madame Wu caters to a mostly formal, business crowd, Chu the Phat gives the team a chance to spread its wings into something more spontaneous. The concept was to make Chu the Phat a casual, pop-in-anytime kind of place.

The wine list samples a healthy variety of Australian growers, with featured drops handily described on the front page.