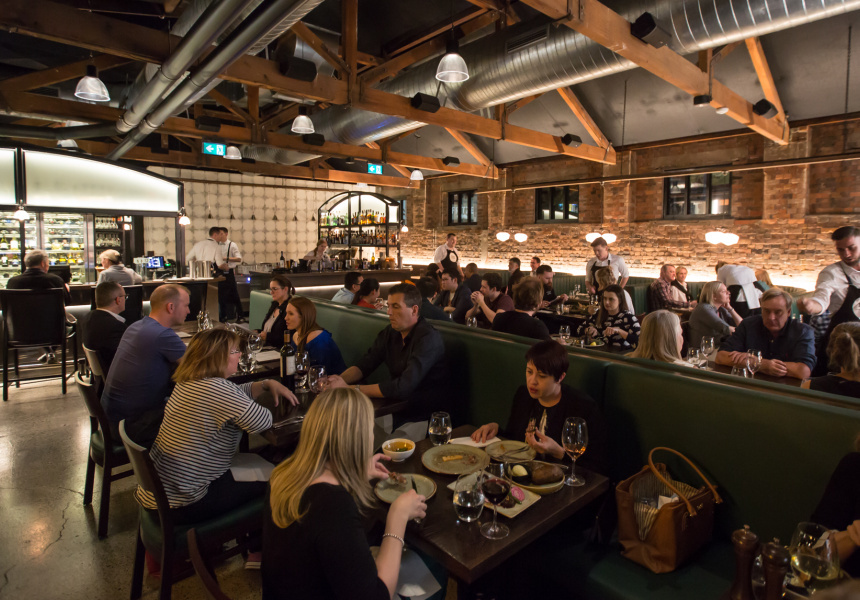 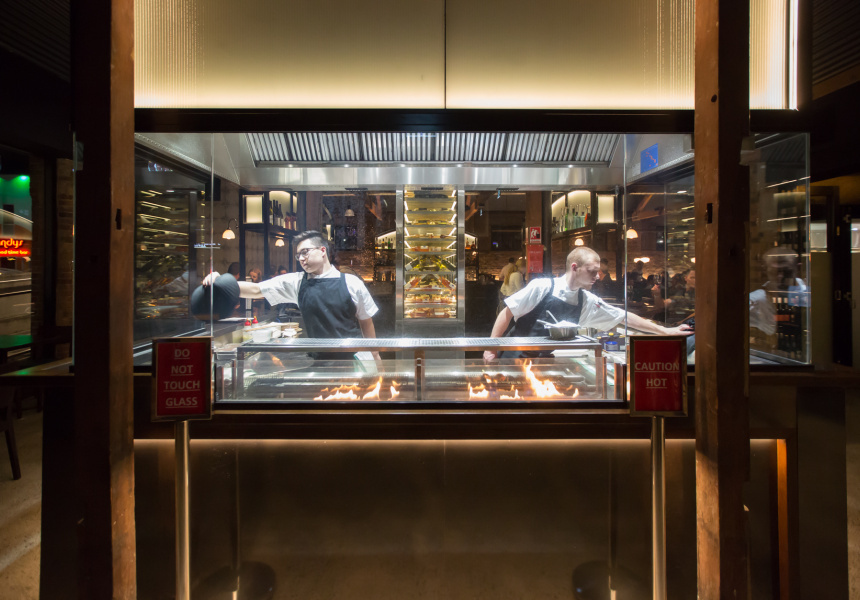 Before you ask: no, it’s not related to Burnt Ends in Singapore, Australian chef David Pynt’s modern barbeque restaurant recently rated as among the 50 best in Asia.

On the kitchen side of things, there are numerous starters such as duck wings and wood-fired clams, a short selection of mains and a substantial list of meat cuts available from the fire pit. The bar menu includes yakitori sticks, pork meatballs with sticky soy, and a number of snacks, including three different baos. Continuing the fire theme, desserts include wood-roasted stone fruit with cheesecake mousse, walnut crumble and honey ice-cream.

A comprehensive drinks list features a large number of wines available by the bottle and glass, a selection of cocktails and an impressive range of beers on tap, including its very own Burnt Ends session ale and lager.

TJ Peabody was behind the design, and decided to leave much of the heritage-listed space unchanged. Brick walls and large beams hanging overhead add character, but the highlight of the space is the large open kitchen. The centrepiece, a custom-made fire pit, was produced locally and is the only one of its kind in Australia.