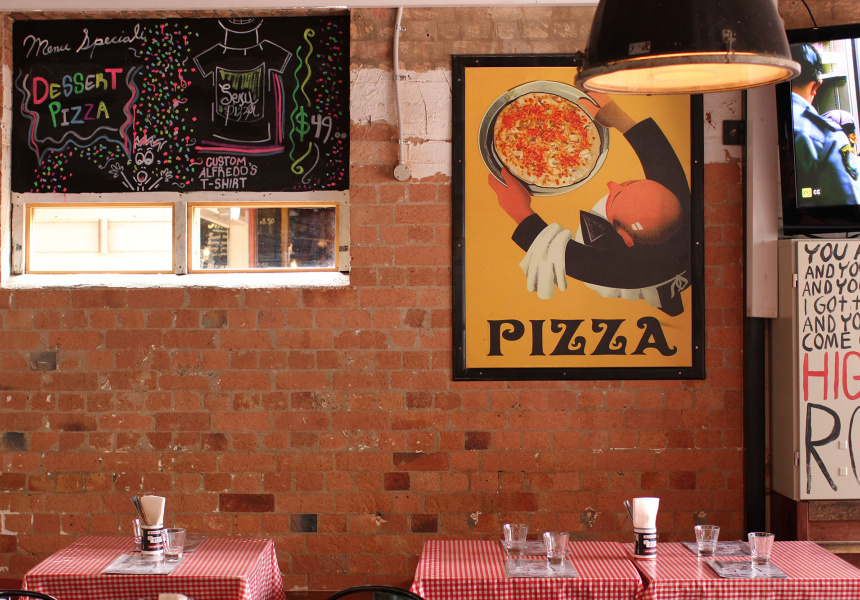 The pizza menu, with names inspired by rock stars, offers classics such as the Chuck Berry (aka Margherita) but the Aussie influence starts to creep in on the Joan Jett (popcorn chicken, BBQ sauce, pancetta and mayo) and the Butthole Surfers (pineapple and candied bacon).

So this isn’t old-school Italian like you might expect at nonna’s, but if you can set your prejudice aside, it’s pretty tasty, high-brow junk food.

For late night dining, Alfredo’s is a solid bet. Woodfired pizza by the slice until 3am on weekends? Yes please. But the real golden nugget is delivery – and not just pizza, but drinks too.

If you live in one of the surrounding suburbs, you can get your pizza and a six pack, or a bottle of wine, or even spirits delivered to straight to your door. Grazie, Alfredo.