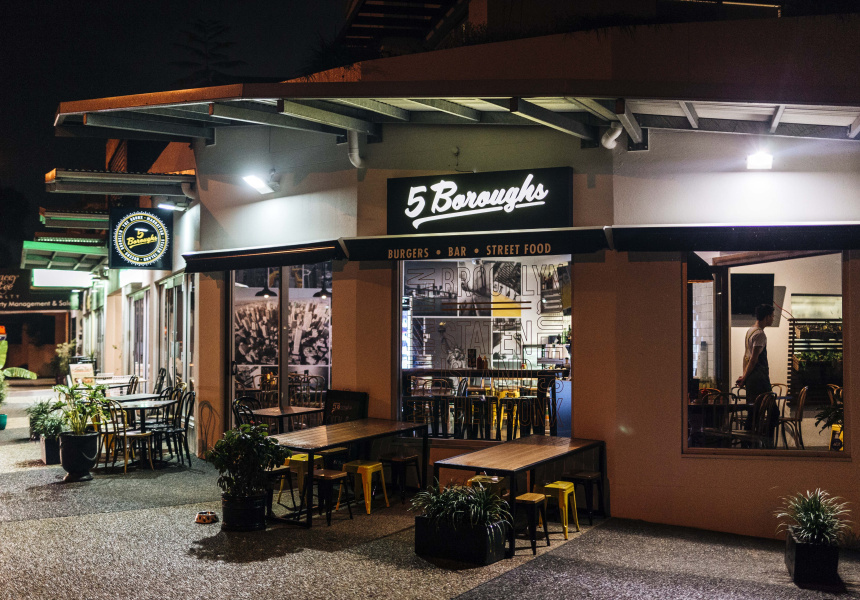 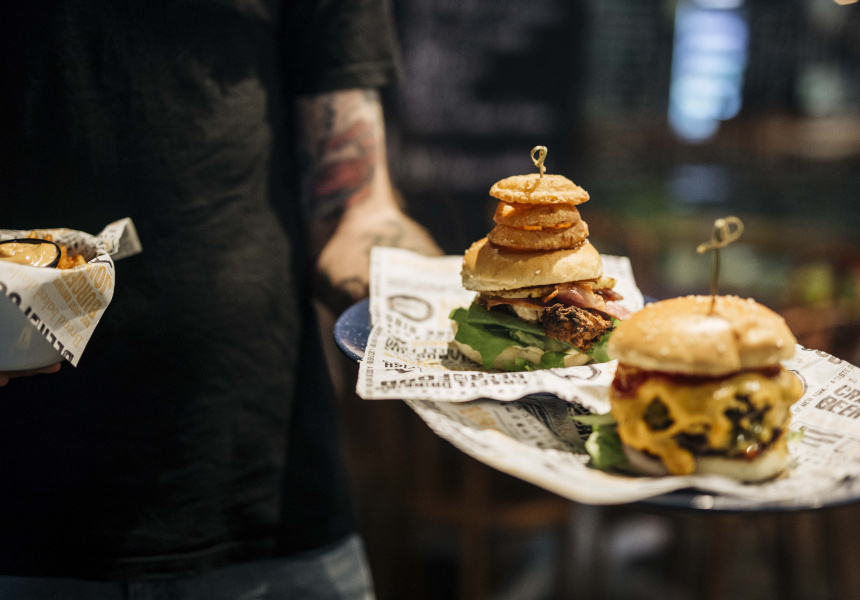 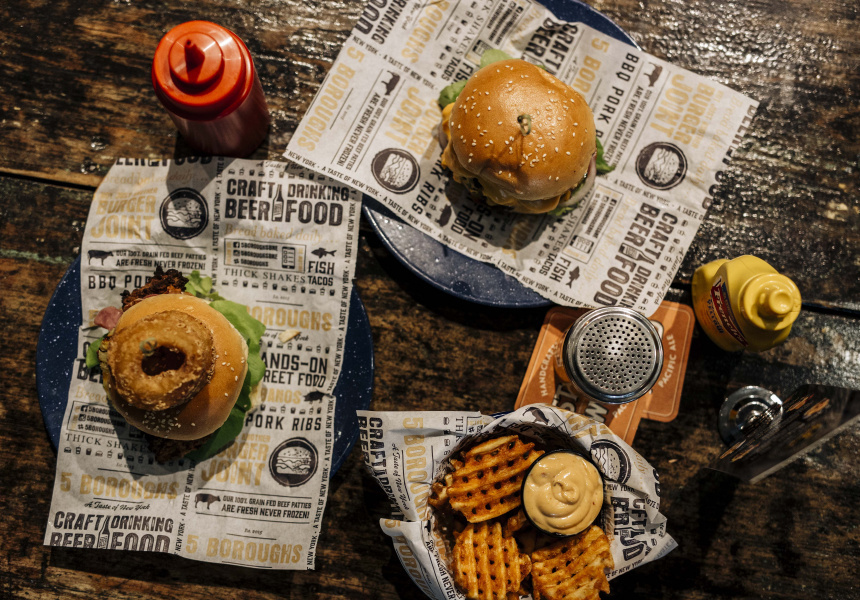 5 Boroughs proved immensely popular in its original tenancy in Stones Corner, and then in Ascot, where it set up a second shop in 2016. Its Balmoral outpost, opened by owners Todd and Marissa Clayton in 2018, brings their widescreen survey New York City street food to Brisbane’s east.

The fit-out of the restaurant has the same yellow-and-black theme – reminiscent of a New York taxi – and New York posters on the walls. But the slightly smaller space has its own dynamic, one that adds cosy corners and a quaint outdoor deck to the central dining space. Mix-and-match furniture adds a nice homey touch.

Like Stones Corner and Ascot, 5 Boroughs Balmoral’s menu goes way beyond just burgers and fries. There’s an extensive list of ribs, sliders and sandwiches, with Mexican and Asian influences coming through in taco offerings and gyoza starters. New for Balmoral is a chicken and waffles dish named “The Angels of Harlem”. Vegetarian and vegan options are available, as well as gluten-free buns.

Throughout, the focus is on fresh ingredients, and as much as possible is done in-house. Patties, for example, are rolled daily.

The drinks list is just as extensive, and ranges from thick shakes and bottomless iced tea to cocktails, spirits, wines and a rotating range of tap beers.