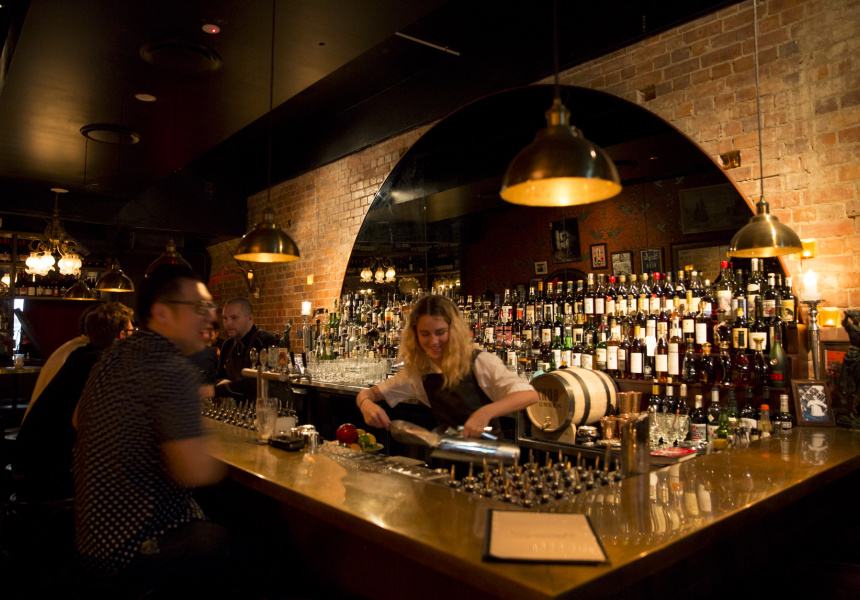 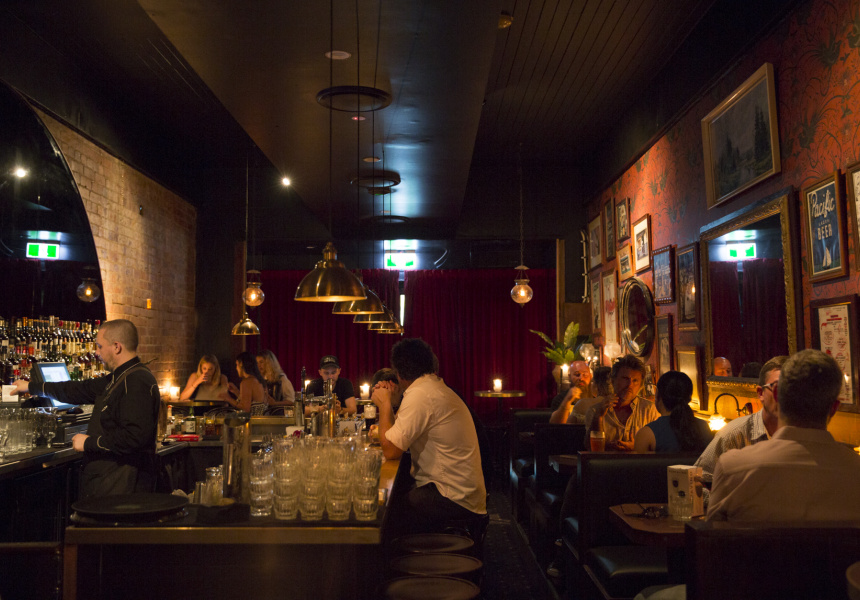 It might be hidden behind a red-velour curtain, but Seymour’s Cocktails and Oysters is far removed from the sleaze that once defined Caxton Street. It replaces the popular but short-lived Ginger’s Diner, a Korean eatery.

The bar is influenced by a book of popular early-1900s New Orleans restaurants, as well as Storyville, that city’s historical red-light district.

The inspiration is reflected in Seymour’s moody, incandescent lighting and early- to mid-1900s brass-band soundtrack. There’s a brass-topped bar to match. Booths line the wall opposite, above which mirrors and old posters hang in gilded frames. An upright piano in the corner is played on Fridays and Saturdays.

There are oysters by the half or full dozen. The options change daily, with between two to four varieties on offer. Other items on a concise bar menu include the spanner-crab pastry cigar, the grilled quail, and the lonza – cured meat with a poached egg and green-pea foam.