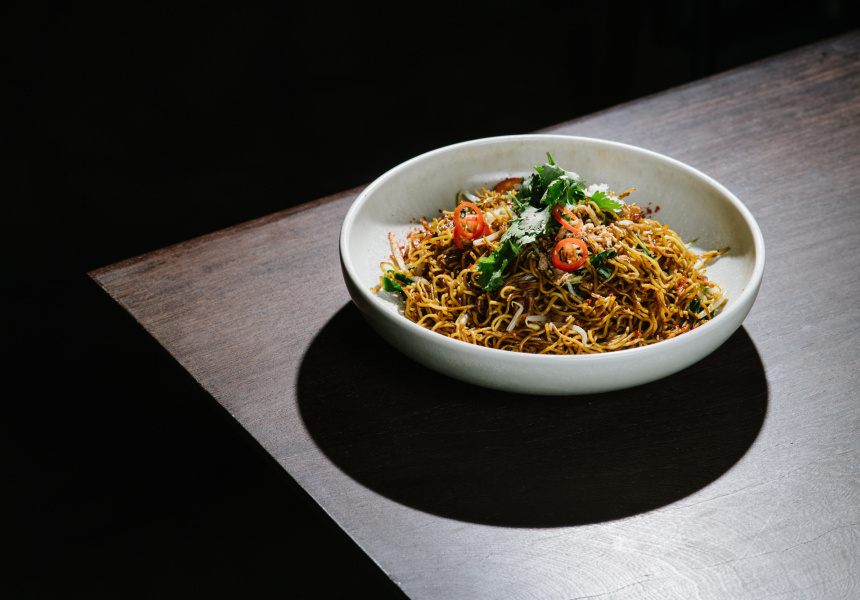 Masterchef alone will be enough to get people through the door of Emily Yeoh Restaurant. Yeoh is a former contestant on the long-running television cooking show, and it’s a unique selling point for this understated eatery in suburban Paddington. But it’s the work Yeoh did after her 2014 appearance that had a far greater impact on her life and career. She decided to start from scratch, and become an apprentice.

Yeoh was 32 at the time – twice the age of your typical first-year apprentice chef. But she threw herself into her qualification, working under Jake Nicolson at Blackbird, Josh Lopez during his star-making spell at GOMA Restaurant and, perhaps most significantly, Ben Shewry at Melbourne superstar restaurant Attica.

Emily Yeoh Restaurant opened mid-July 2020 inside a neat Given Terrace tenancy previously occupied by a Coffee Club (although many Paddington and Red Hill locals will best remember it as Le Scoops, a popular cafe in the 1980s and 1990s). It’s a subtly swish space, rendered in black tiles, polished concrete floors, stone benchtops and handsome monochromatic wallpaper.

The food menu taps into Yeoh’s upbringing as a Chinese-Malaysian in Kota Kinabalu on the shores of the South China Sea, presenting a range of Southeast Asian and Cantonese dishes, as well as street food from Korea and Japan.

For drinks, the restaurant is pouring a tight selection of Australian and New Zealand wines, cocktails and Stone & Wood beers on tap.