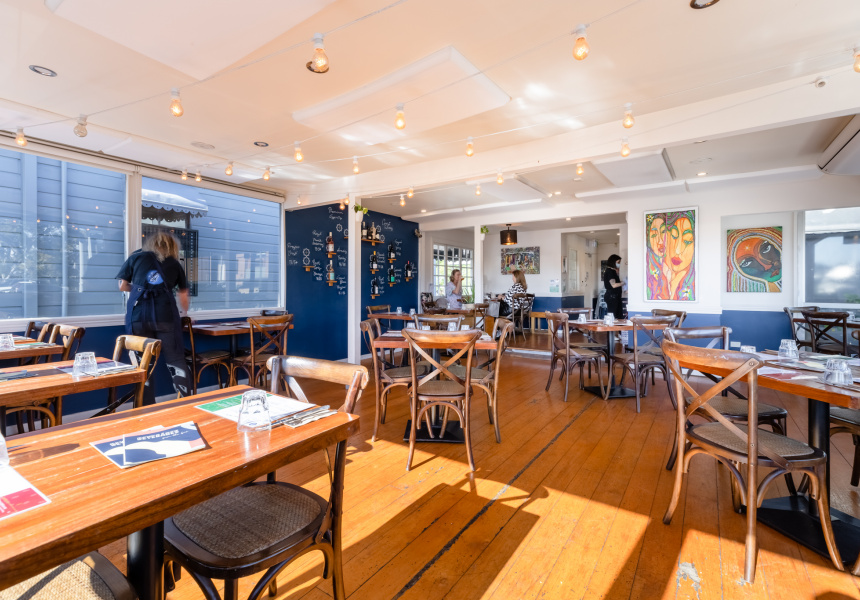 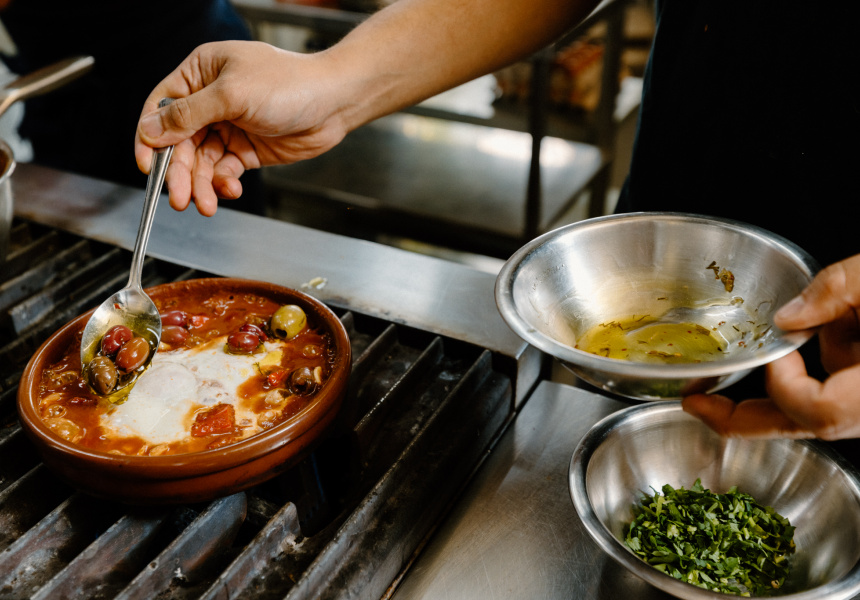 Estacio is from San Francisco but has spent much of his career cooking Arab cuisines, most notably at Mourad, a Michelin-starred restaurant in San Francisco. He first came to Brisbane a few years ago while studying at Le Cordon Bleu; now he’s back and well and truly a local.

Naïm used to be more of a classic Aussie cafe with Middle Eastern influences. That spirit’s still here, but under Estacio, the Middle Eastern part of the equation is much more prominent. And now that Naim is open for dinner service too, it’s become a self-assured and fully realised restaurant.

It’s still casual and approachable, though. A lot of that comes down to the setting: a charming old worker’s cottage atop one of Paddington’s many steep hills. Any Queensland kid will feel at home in here, thanks to the hardwood floors and breezy open spaces. Bright Turkish-style tiles hint at the playful meshing of cultures you’ll find on the menu.

At brunch, you might try the shakshuka with carrot falafel and tahini yoghurt. The Turkish delight waffles are a bestseller: they come with rosewater and dark-chocolate ice-cream, rosewater gel, dark chocolate mousse, pashmak (Persian fairy floss) and strawberries. A plant-based eggplant and braised “beef” moussaka is another highlight.

The dishes are halal-friendly and the majority are either plant-based, gluten-free or both (or can easily be tweaked to order).

There are two menus at dinner: the first is entirely plant-based and the second is for omnivores. Both menus revolve around seasonal, hearty centrepiece dishes from across the Middle East and its surrounds. The drinks list is local though: almost all beers, wines and spirits here are Australian.