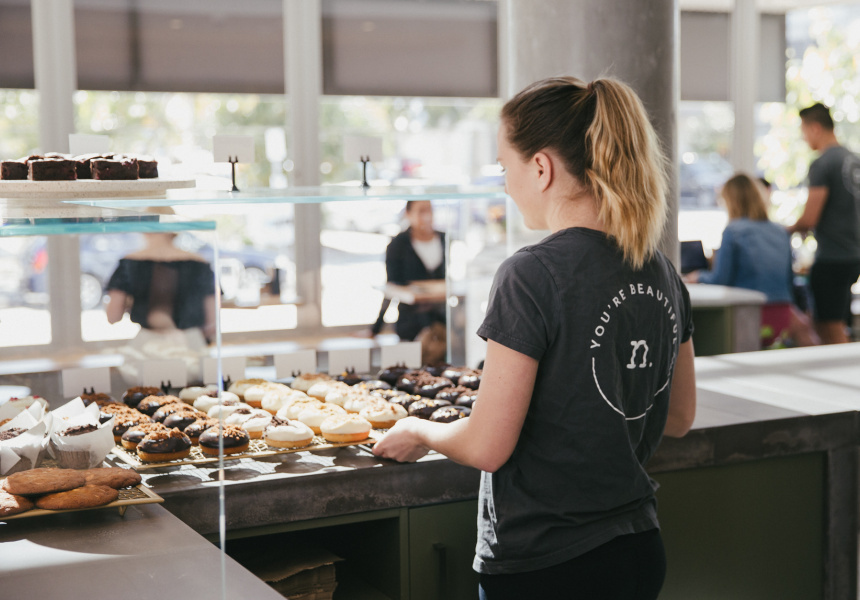 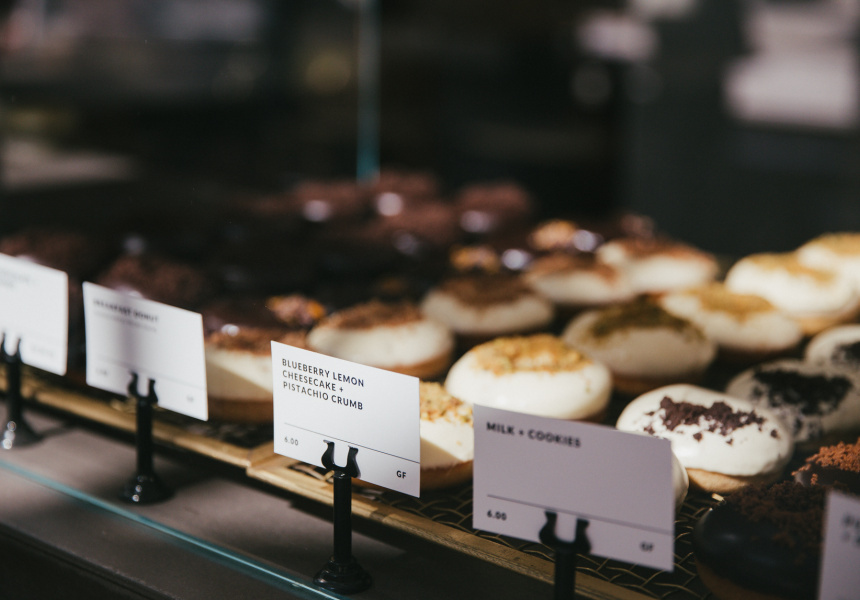 If you ever thought the original Nodo in Newstead felt a bit like a cafe by accident, that’s because it was.

When Nodo opened in 2015 its emphasis was simply on serving gluten-free baked doughnuts and coffees to takeaway customers. But when the space next door became available, owner Kate Williams put some tables in and introduced a simple brunch menu, thinking it would be a temporary arrangement until someone else took over the lease.

Two years later, Nodo Newstead made it official, reopening in 2018 after a three-week renovation that finally formalised the venue as a brunch destination. Redesigned by Williams’s regular collaborator Tahnee Sullivan, the half wall at the Ella Street entrance was removed to create a more open-plan layout. A two-storey dining room now fits 40 more seats and features cement pillars and benches, sunken nooks and timber-panelled ceilings.

The redesign means a smoother workflow for staff and a better experience for guests. Takeaway customers still use the side counter and those eating in are served from a new island at the dining room entrance. The venue’s glass cabinets have been extended, so either way you can still peek at Nodo’s baked doughnuts and treats.

A menu launched in conjunction with the reopening focuses on inventive and elevated meals designed around dietary requirements. Highlights include a a frozen matcha bowl, which features coconut yoghurt, macadamia granola and vegan meringue.