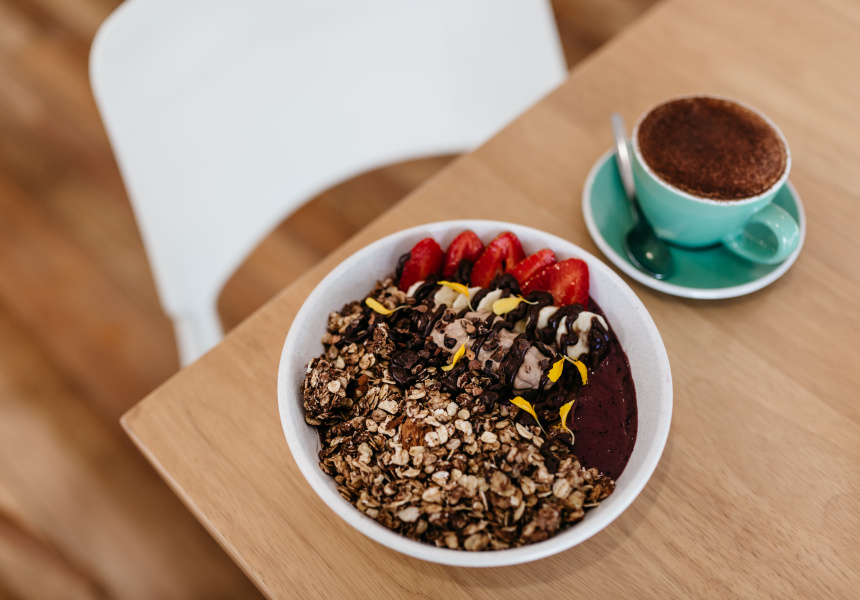 Born in Chile to a Belgian father and a half-Indian mother, Ines Scholtes has been influenced by a mixture of cultures. Ultimately though, it’s her Belgian side that dominates her approach to cuisine, especially sweets.

The self-confessed sweet tooth is so serious about them she forewent a career in law to pursue her passion for food. In February 2017, she opened a cafe in New Farm, Mylk + Ko.

Mylk + Ko has evolved from Scholtes’ Instagram, which she started in 2015. Her account was dedicated to the decadent but wholesome sweets she would create, which were often vegan, gluten-free or dairy-free. In its first year, the account reached more than 20,000 followers. From there she knew it’d be viable to open a business and harness that following.