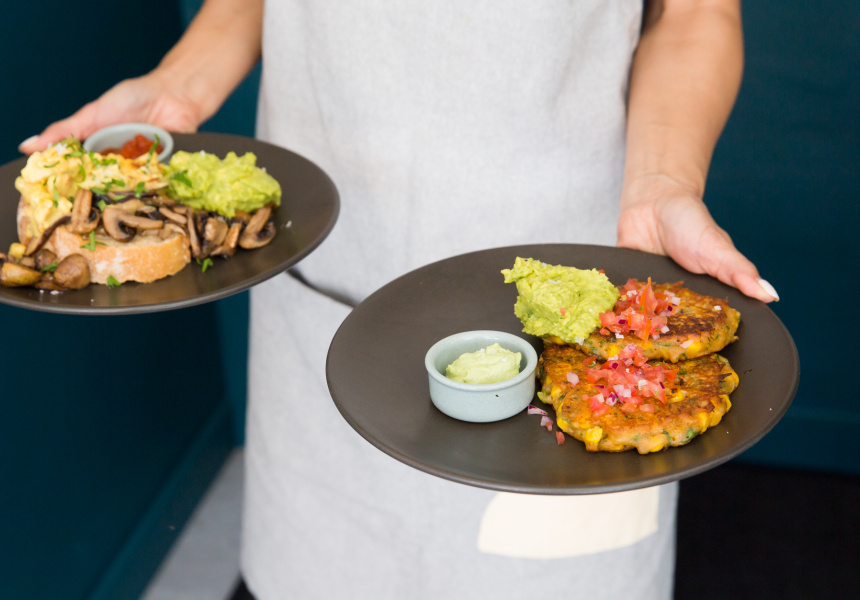 Dicki's is by siblings Justine Khoury, Lexi Golding and Choy Zulueta. Between them they've done stints at Sol Breads, QAGOMA and Campos.

Dicki's was named after their late father who first introduced the siblings to a vegan diet. The all-day menu is full of simple, easy-to-eat options with a tendency towards whole foods.

Highlights include the buckwheat waffles served with caramelised banana and coconut vanilla bean ice-cream. Another standout is the "E.L.T" which swaps out bacon for crisp eggplant. While all food is vegan, including an in-house "Nutella" made from organic hazelnuts, there is cow's milk available.

There are also turmeric and matcha lattes as well as a smoothie menu with optional add-ins including pea protein and vitamin C powder.

The cafe took over the poky premises previously occupied by Pablo. It's now almost unrecognisable with a closed-in kitchen and a raised ceiling that creates a more open feel (with a few more seating options). It's all rendered in wood, white walls and a big splash of turquoise.