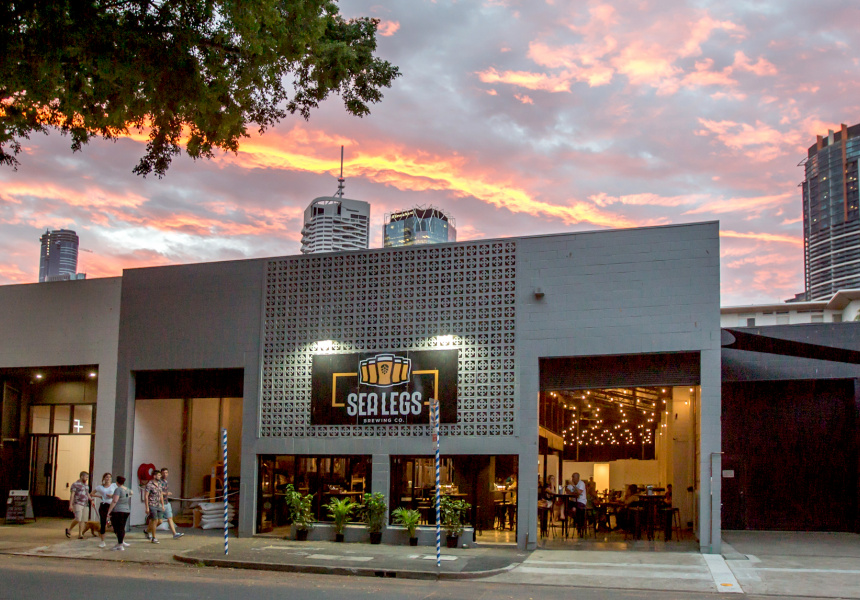 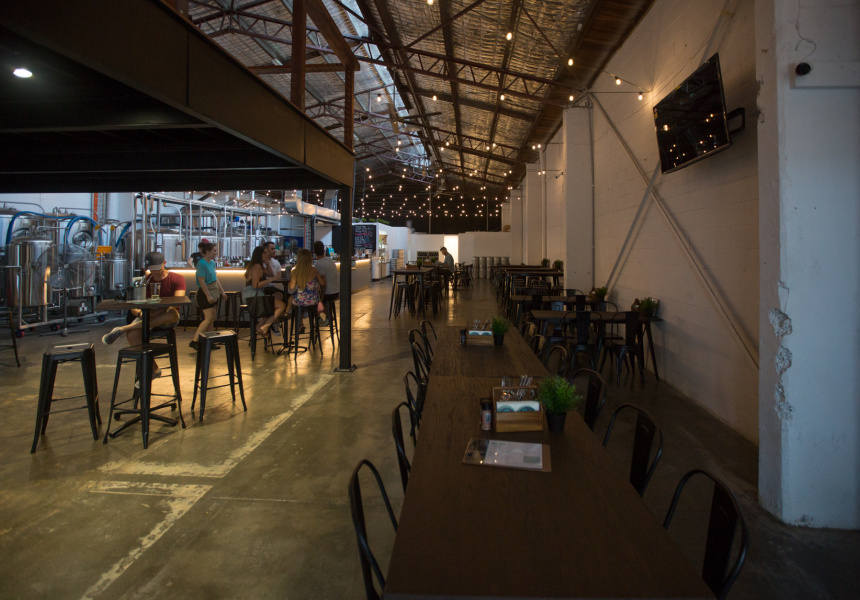 The Queensland capital isn’t short of fancy craft boozers –But Sea Legs sets itself apart with a handsome warehouse in an unusual location.

Opening under the radar at Kangaroo Point in late December 2018, it capped off a three-year labour of love for co-owners Jon Fuchs, Tim Wyatt, Harvey McKibbon, Dave Machin and Chris Davies. The group found the venue on Main Street in 2016 but council approvals and a string of other obstacles delayed the opening until by two years.

It’s perhaps not the most obvious place for a brewery, but head brewer Fuchs says that’s what they like about it.

The Milk Stout, Breakaway IPA, Tropical Lager, Dr Swift’s Golden Ale and the Sea Legs Pale Ale are all made at the 15-hectolitre brewery (before this site opened in January 2019 they were crafted at nearby Slipstream Brewing. The remaining taps are filled with beer from local breweries, and seasonal drops.