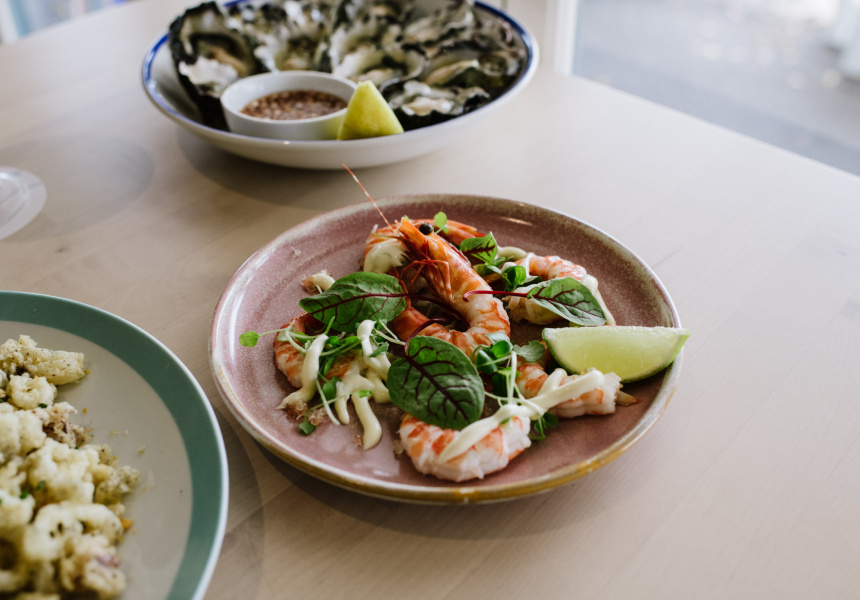 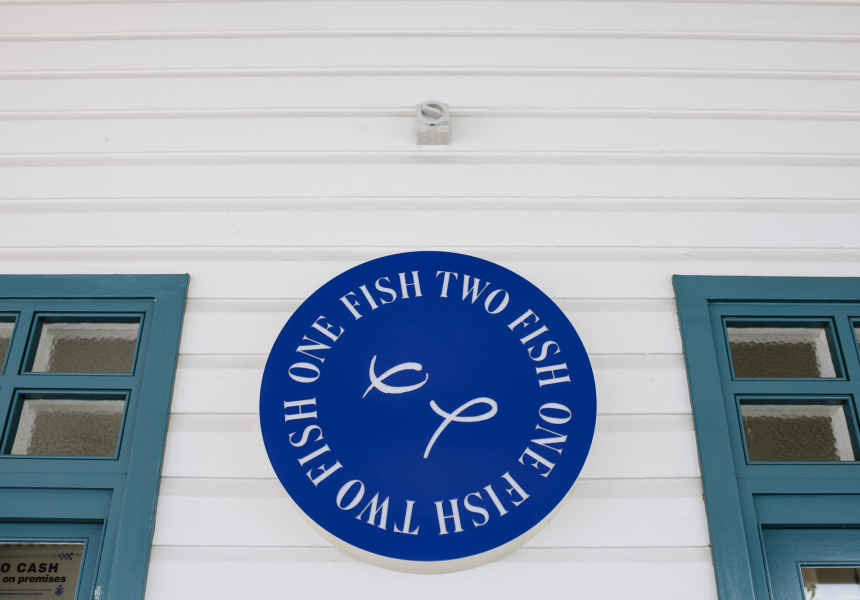 Feed the family fresh seafood during the week or let your hair down and drink like a fish on the weekend. That’s the concept behind One Fish Two Fish. The venue is in an old Kangaroo Point Queenslander shop that used to be Banter Bar and Seafood.

There is tongue and groove wooden detailing, a timber bar at the front of the venue and bright white walls. The venue is split into three clearly defined areas.

The 35-seat bar area at the front, with its mix of high and low tables, pours five different beers, including Balter Brewing’s XPA and Captain Sensible. Three more taps are reserved for Espresso Martinis, Pimm’s and peach spritzes. The wine list is relatively concise with 10 whites, nine reds and five rosés.

Through the bar and up a few stairs is the restaurant. It’s made up of three smaller rooms and seats about 45 people. A handsome back deck can take more diners and is also a function space.

One of the best things about One Fish Two Fish is being able to order the full menu no matter where you are seated. The one exception is the “seacuterie” platter, which features cooked tiger prawns, kingfish sashimi and flounder goujons – it’s available over the bar for $27.50.