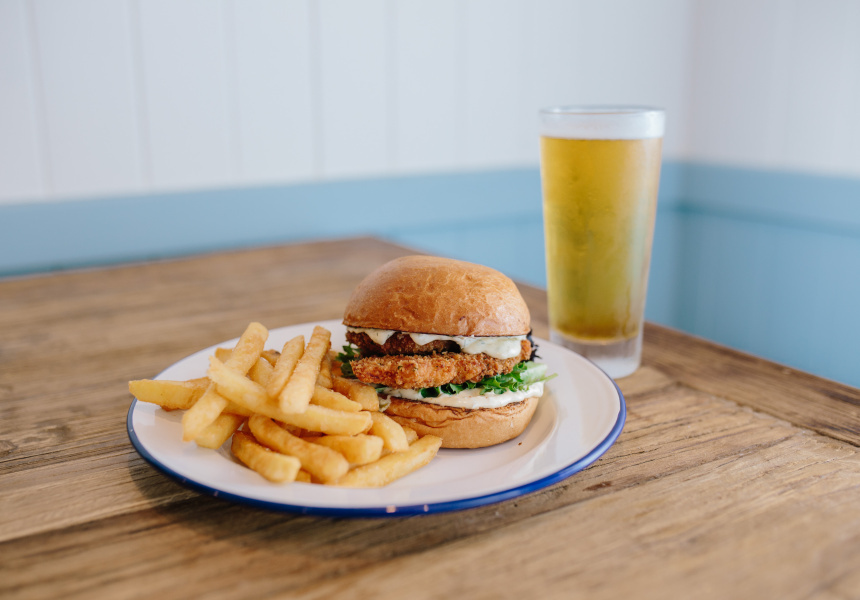 The Singletons are best known as the family behind the iconic Pineapple Hotel. But what you probably don’t know is that the family also owns the little Queenslander shop on the corner opposite. Now this spot is a smaller venue inspired by Brisbane’s small-bar scene, and with a seafood focus.

While this is dine-in and takeaway fish and chippery at heart, it’s a long way from seafood extender and cheap, squeezy tartare. Head chef Daniel Miletic (previously of Coppa, Red Hook and The Fish House) is dealing in Pacific oysters with pomegranate mignonette and lemon, and a prawn cocktail served with avocado and a Banter house sauce. There’s a bunch of different options for those after fish – snapper, whiting, barramundi and cod – and the burger menu offers prawn and “posh fishfinger” sandwiches.

Drinks are a sharp boutique offering with some rotating feature wines. The bar’s eight taps run through a mix of local and imported beers alongside a cider and alcoholic ginger beer, with a bunch of shared cocktails rounding out the list.

The designers behind At Sixes and Sevens on James Street were brought in to revamp the old Queenslander shop, turning it into a bright open space reminiscent of a friend’s beach house, replete with a spacious deck out the back.