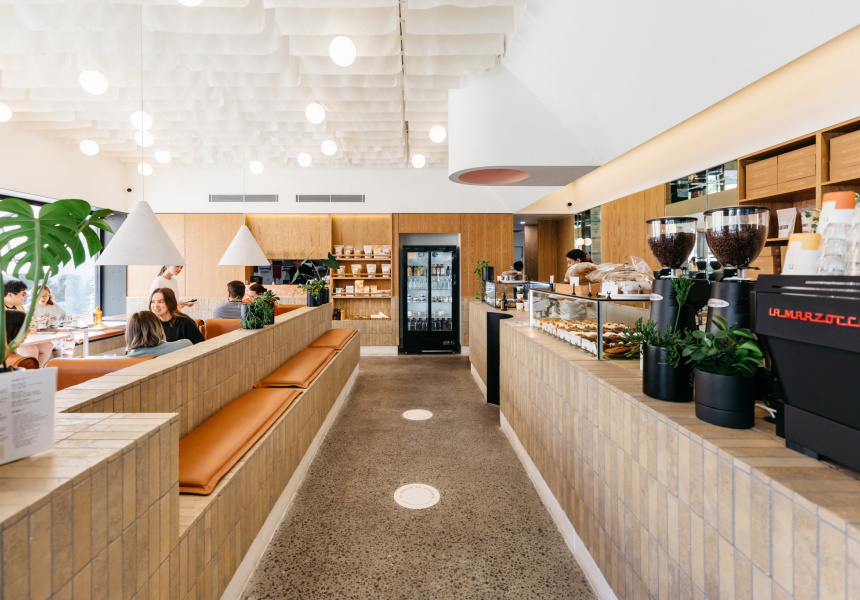 Starting out as a market stall flipping baked gluten-free doughnuts in 2014, Nodo has since become one of Brisbane’s most recognisable cafe brands.

The menu is another departure. Sure, you’ll find long-time favourites such as the Nodo eggs and the egg-and-bacon milk bun. But you might also see sambal crab omelettes, a nourish bowl and a native-spiced fried chicken burger with lemon myrtle mayo and mountain pepperberry. Everything is, as always, gluten free.

Expect those signature baked doughnuts, which include classic flavours such as Novo, Beetroot Blackout and the Breakfast doughnut. If you’re looking to try your hand at gluten-free baking, hit the dedicated pantry section peddling Nodo’s house flour and self-raising flour, waffle and pancake blend, xanthan gum, baking moulds, and more.