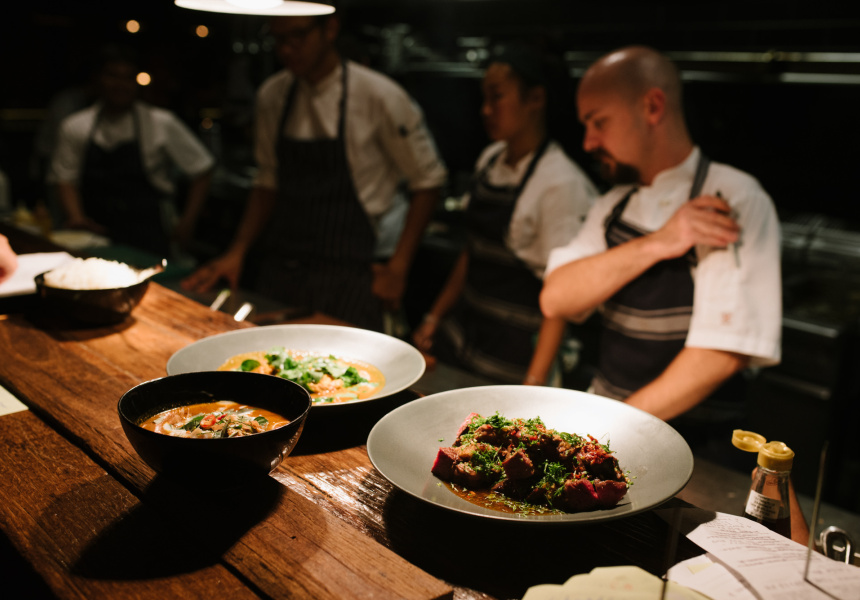 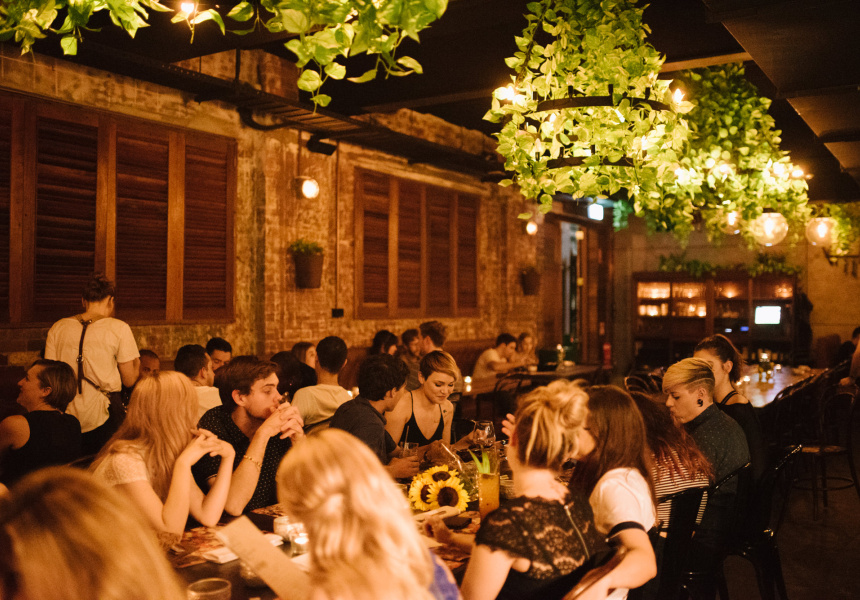 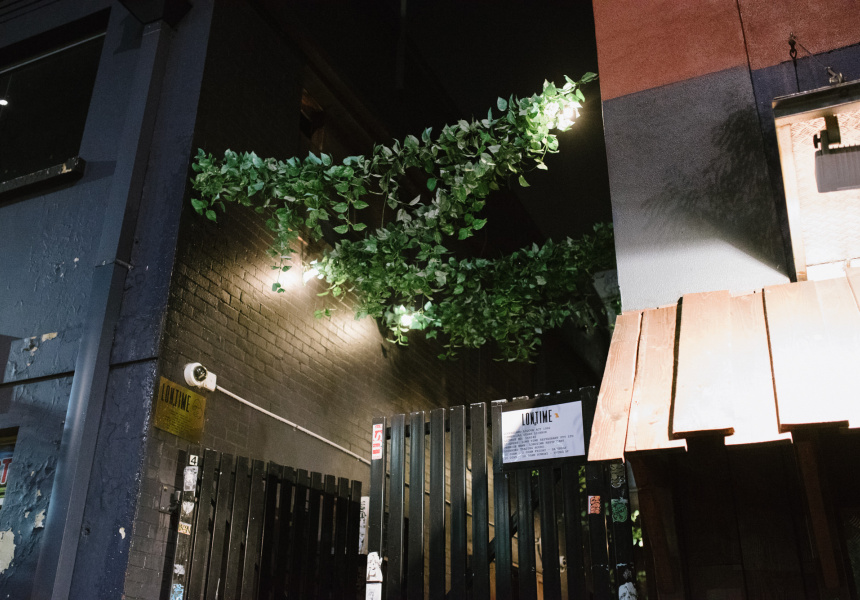 When Longtime’s owners, Frank Li and Tyron Simon, stumbled across their restaurant’s shadowy location right next to a bus station outside, it reminded them of bustling streets of Thailand and suited just perfectly.

Tucked into a gated alleyway and announced with a tuk-tuk at the front door, the atmosphere brings on that little rush of adventure you get with travel, and the place oozes ambience with its soft lighting, hanging succulents and ornamental works from Thailand.

The kitchen is headed up by all-stars Ben Bertei (former head chef at Spirit House) and Nathan Lastavec (ex-Longrain in Melbourne). Between them, the team can boast that they have cooked for both the British and Thai Royal families, and worked under three Michelin-starred chefs.

Their menu is complemented by a well-crafted wine list favouring the three Rs – riesling, rosé and Rhône. These light, crisp varieties were all selected to pair with Thai favourites, such as the coconut and turmeric curry with Moreton Bay Bugs; or the slow-roasted pork belly with nham jim, chilli and fried garlic.

Bookings can be made prior to 6:30pm, or for groups larger than eight. Getting a table can be difficult, but there’s always the option of sitting at the bar, sampling the bar menu and enjoying one of the famed cocktails.