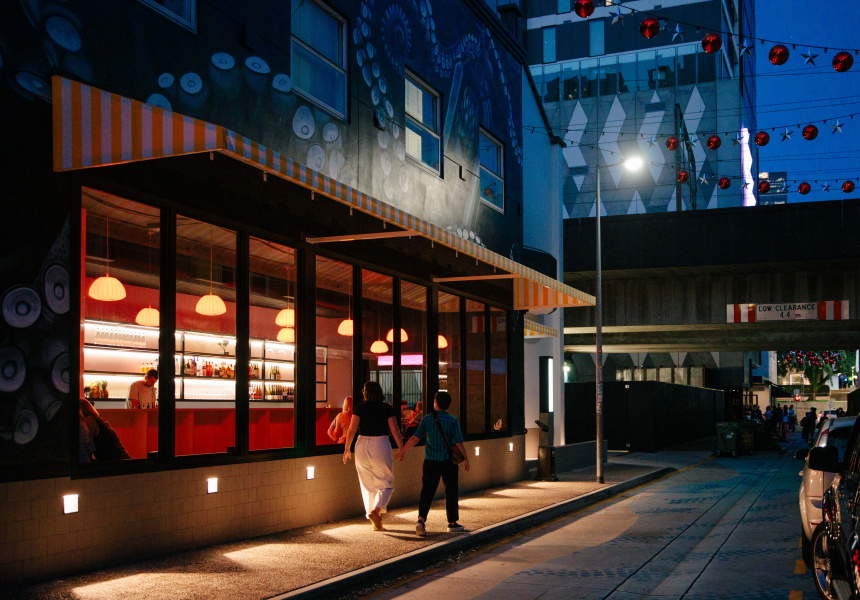 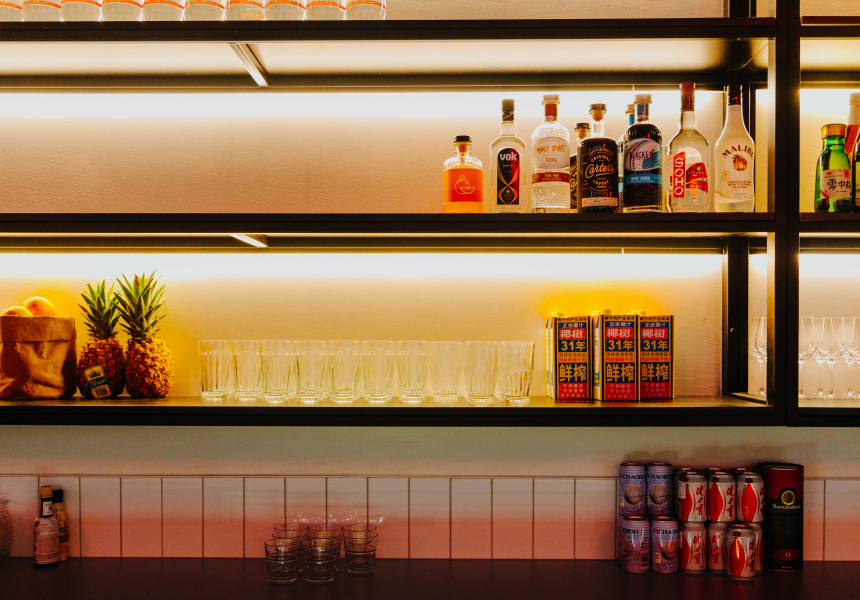 Hello Please opened in 2016 as a Vietnamese street food-inspired restaurant in a car park beneath a South Brisbane rail overpass. But Hello Please (and its winsomely weird location) was only ever meant to be temporary. In 2019, it finally moved to its permanent home. Luckily it wasn’t a big move – it’s just across the lane from the old spot.

From the outside the restaurant looks totally different. The first thing you notice is the large bar area that faces Fish Lane. Enclosed behind a line of bi-fold windows and rendered in beech ply, subway tiles and concrete aggregate floors, it’s an inviting space lit by red lanterns. The Hello Please signatures come out in the yellow and white awning and the street art painted across the first floor facade.

To the right of the bar is a semi-enclosed dining area that stretches to the rear of the building. The picnic tables from the old space have been sliced in two and painted black, adding to the grungy, hawker market feel.

Chef Jesse Stevens has rewritten large parts of the menu. Favourites such as the crispy chicken ribs and the yellow chicken curry are present and correct, but they’ve been joined by new dishes such as a Chinese bolognese that comes with a rice dumpling, chilli oil and salted egg; a shiitake mushroom congee served with grana padano and garlic chives; and a Korean beef tartare with soy-cured yolk, karebushi (a twice-dried take on katsuobushi) and witlof. For bar snacks, Steven is doing a selection of bao, including crispy sesame chicken, coconut prawn, and an eggplant katsu number with bulldog sauce and wombok.