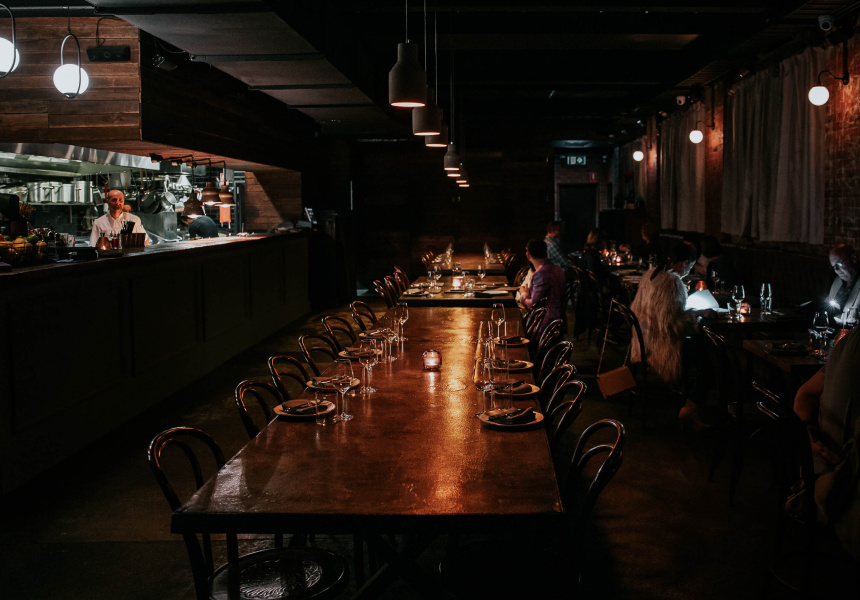 Eterna is a restaurant and bar serving Roman food late into the night. It's on the site that used to be home iconic Thai restaurant, Longtime (whose successor Same Same, is just off James Street).

It's by Stefano de Blasi, the man behind the popular Salt Meats Cheese chain.

Eterna will feel familiar to Longtime tragics. The venue has the same layout as its predecessor and retains some of the furniture. The brick walls and leather banquettes are the same. Many of the details, though, have changed. With input from local interior stylist Sarah Vize, the shutters have been replaced by curtains, the globe lights and greenery swapped for pendents, and the bar and kitchen frontages given a face lift.

They’re small tweaks that have a big impact. The space feels less rustic and freewheeling, and more considered and lived-in. It’s somewhere you can comfortably eat and sip into the wee hours – a concept inspired by the late-night bars of New York.

For food, de Blasi is taking the Italian eats of Salt Meats Cheese and drilling down on Roman cuisine in particular (Eterna is a reference to Rome’s nickname, “the Eternal City”), with its unfussy focus on simple flavours.

The wine, too, takes plenty of inspiration from Italy’s peninsula and island regions, with your typical pinot grigios and soaves flanked by Sardinian vermentino, Sicilian nero d’Avola and Umbrian trebbiano Spoletino. There’s also a bold list of vintage Piedmontese nebbiolo and Tuscan blends. Elsewhere, there are French, Australian and New Zealand drops, if you’re looking to stay on more familiar ground.