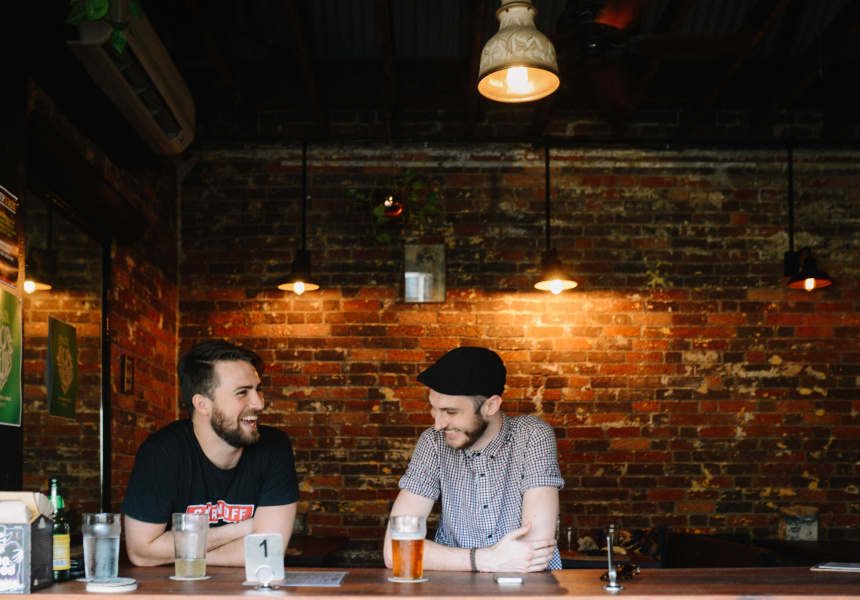 Everything old gets renewed in Fortitude Valley. Bloodhound Corner Bar and Kitchen is that iconic mix of old and new, a good example of the changing face of the area: the former 19th century grocery store, 20th century hairdresser, accountancy firm and Tibetan restaurant is now a 21st century bar.

Old world meets new feel at this lively establishment, where owners David and Noni Bajka and Alan and Sarah Simseker are committed to preserving and highlighting the original features such as rustic exposed brick walls, floorboards, open fireplaces and high ceilings.

For eats and drinks, try something from a rotating selection of international beers, or a solid cocktail and spirits list to go with your Latin-American-heavy list of bar snacks.

Other delightfully named dishes include Peruvian Mischief (spicy chicken wings covered in a house specialty sweet, smoky and fruity chilli glaze); or the Hurricane Neddy, as above with a bit more heat and a chilli pineapple sauce.