At this Vietnamese restaurant, beer is just as important as food. 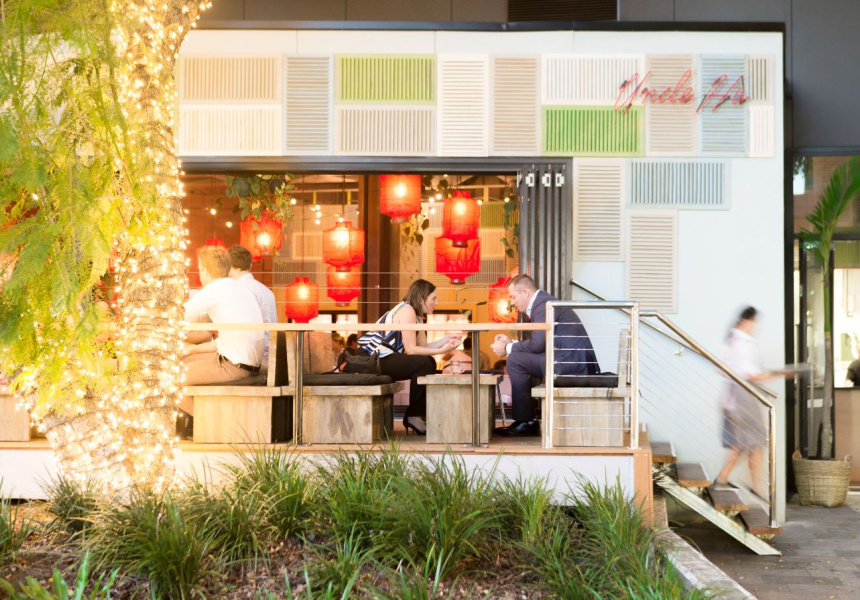 Ever go on a holiday and dream of opening a restaurant when you got back? Anna Demirbek did on a trip to Vietnam, but she was serious about the idea long after the tan wore off.

Down the road from Chinatown, Demirbek has opened Uncle Ho – a Vietnamese beer cafe inspired by multiple trips to Vietnam and frequenting the bia hoi stalls (it’s a frothy kind of beer). “In Vietnam, street food is affordable and people go out every night of the week,” she says. “Grandma and grandpa put red plastic chairs up on the street. Everyone is drinking beer and you come together as a community.”

The interior here is more polished than those Hanoi eateries, but that’s where Demirbek has stopped straying from tradition. In the kitchen, chef Tuan Ngo (who came to Uncle Ho following a stint at Melbourne’s Chin Chin) has created a menu true to his Vietnamese heritage. “The sauces, for example, are his grandma’s old recipes,” Demirbek says.

The bia hoi house beer is specially brewed for the venue. There’s also Bia Hanoi by the can and 333 by the bottle. Craft beer drinkers aren’t neglected, nor are cocktail lovers, with Vietnamese-style mojitos, Saigon slings and espresso martinis crafted using house-made Nitro Coffee.

Because this is a setting where eating and drinking takes place in equal measure, food is served until late. There’s also a banh mi cart, which you can expect to see popping up at events around town.

The cart, along with the furniture and chicken-wire lanterns, were all shipped in from Vietnam, and the propaganda-style posters pay homage to the restaurant’s namesake, Ho Chi Minh, who the Vietnamese affectionately call Uncle Ho.

Here, though, the advocacy is stripped back to food and a shared belief that "no-one is lonely when eating rice". A thought likely to become more profound with each successive round of bia hoi.