How Uncle Ho went from one of Brisbane’s most exciting restaurant openings to its most troubled.

The name has changed, but where to now for Anna Demirbek’s Vietnamese eatery? And was it really that offensive in the first place? 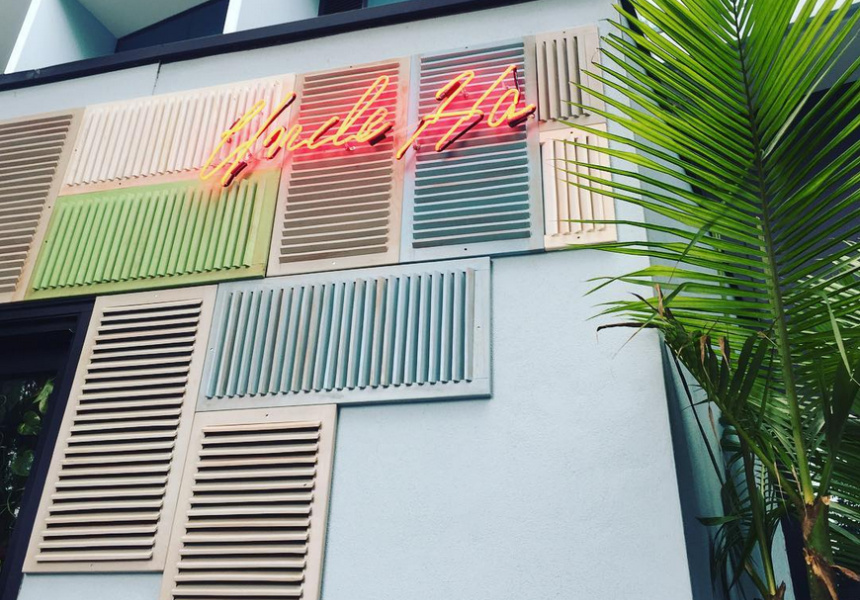 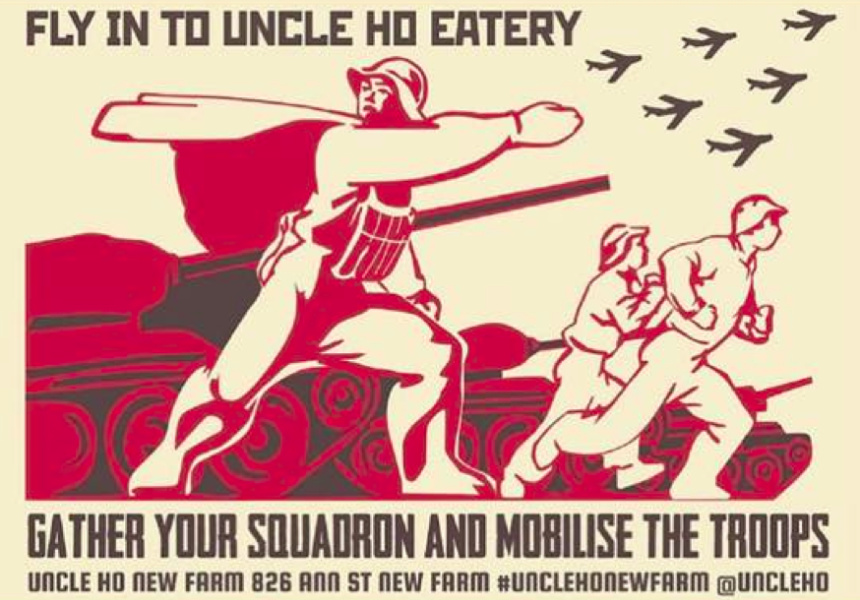 Late on Sunday night, Uncle Ho capitulated to public pressure and changed its name. The Fortitude Valley restaurant owned by Anna Demirbek, which opened just two weeks ago, will now be known as Uncle Bia Hoi.

The move followed a weekend of high emotion as the local Vietnamese community took to social media to criticise the restaurant’s operators, while the ABC reported that almost 100 people protested outside the closed Ann Street restaurant on Sunday. At issue was the name, a common term of endearment in Vietnam referring to communist revolutionary leader, Ho Chi Minh.

On Sunday morning, company director Anna Demirbek explained via Instagram that due to both death and arson threats, she would be closing for the day. “We are, and have always been, fully conscious that the brand Uncle Ho would be sensitive,” Demirbek wrote, before adding, “It is not, for the record, the first or only business in Australia bearing such a name.”

Her statement addressed a list of accusations apparently made against the operators. “We are not a communist money laundering operation set up by Vietnamese accountants, as one agitator has suggested. We are not communist sympathisers. We have no position on the political or historical landscape of Vietnam” — before Demirbek pointed out the restaurant had hired Vietnamese nationals, both from the south and the north (Uncle Bia Hoi’s former head chef, Tuan Ngo, who resigned on Friday, is from Vietnam), and that many Vietnamese had already dined at the restaurant and said they didn’t find the name offensive.

As of writing, almost 200 responses to Demirbek’s post would suggest the majority of Brisbane disagrees with her position. Some were from members of the local Vietnamese community relating their family’s refugee experiences. Some looked to understand Demirbek’s viewpoint while gently imploring her to change the venue’s name. Many simply piled on, likening Uncle Ho to naming a German restaurant “Uncle Adolf” or — in some of the more classless moments — calling Demirbek a “psycho suffering from White Fragility”, and worse.

Demirbek, originally from Sweden, has lived in Singapore and knows Vietnam well, having visited numerous times. She modelled her restaurant after the popular bia hoi draft beer bars that populate the country, but she may have not have taken into account the origins of Australia’s Vietnamese community. The Bureau of Statistics estimates that around 200,000 Australian Vietnamese were born in Vietnam. Between 1975 and 1982, the federal government took in almost 60,000 refugees escaping the by then communist nation.

Broadsheet has reached out to Demirbek via text, phone and email asking for comment. We also spoke to Doctor C. T. Bui, president of the Queensland chapter of the Vietnamese Community of Australia, and Doctor Hong Hai Nguyen, a visiting research fellow at the University of Queensland’s Asia-Pacific Centre for the Responsibility to Protect, and an expert on Vietnamese politics and history.

“Uncle Ho means Ho Chi Minh,” Bui explains. “The name reminds us of nightmares — the half a million people who died between 1975 and 1995 trying to escape to the free world, and the people who died in concentration camps after the communists took over Vietnam.”

Bui was a doctor with the South Vietnamese army, leaving the country on April 30 in 1975 — the day Saigon [now Ho Chi Minh City] fell to communist forces. He has not been back since. “We’ve already fled our country and now we can’t go back because the communists are still there,” he says. “Why are they coming here to haunt us?”

Shortly after Uncle Ho opened, Bui says he tried to begin a dialogue with the owner but was only partially successful, despite the restaurant receiving abuse from members of the local Vietnamese community. “She said she spent time and money setting up the restaurant and that she was free to call it what she wanted,” Bui tells us. “I said, ‘I agree. If people are harassing you that is not our aim. We want to protect you but we can’t [if your restaurant is named ‘Uncle Ho’]’. I don’t encourage them but I have no right to stop them.”

Bui describes the agitation as an emotional outpouring, coming from people who lost immediate family members in the final days of the Vietnam War, but he is clear in condemning threats of death and arson. “Of course,” he says. “We would never use violence in our protests against a restaurant.”

According to Doctor Hong Hai Nguyen, what Bui and local Vietnamese protestors think of as highly offensive likely wouldn’t cause a stir in modern Vietnam. “In [the north and central parts of] Vietnam, the majority of people love Ho Chi Minh and consider him a national hero,” Nguyen says. “People in the south have connections with the older regime from before 1975. They maybe view him a little bit differently.”

“I think for young people in Vietnam, the memory of the war is fading. They tend to focus more on economic terms rather than the war,” he continues. “The Vietnamese people have suffered too much. They don’t want to forget the war but don’t want to emphasise it either. They talk more about reconciliation, particularly when there are outside threats such as the Chinese claims to the South China Sea.”

Nguyen also rejects the idea that refugees can’t travel back to Vietnam. “A Vietnamese Australian scholar I know who describes himself and his family as refugees … goes back quite often and doesn’t have any issues.” (Although Nguyen refuses to tell us his name because certain members of the local Vietnamese community “don’t like that at all”).

A Vietnamese national born in the northern capital of Hanoi, Nguyen says he doesn’t find Uncle Ho’s name offensive (the term is “very well known in Vietnam”) but defends Bui and his supporters’ right to protest. “I studied international human rights and … I uphold the freedom of choice and respect the human rights of everyone.”

What he does take issue with are the Uncle Bia Hoi propaganda-inspired advertising posters that depict marching soldiers, tanks and warplanes — “Everyone, from north and the south, would not agree with that” — and social media comments making comparisons to a German restaurant called “Uncle Adolf”. As he says, “It’s inappropriate to compare one to another.”

C. T. Bui welcomes the name change but confirms that the local Vietnamese community will keep protesting until the imagery of Ho Chi Minh is removed from the restaurant’s advertising. “I think we will do so,” he says. “I would like to speak with her rather than protest, but right now it looks like she doesn’t want to talk to me.”