For more than a moment, with the wind in your hair and cocktail in hand, Sixteen Antlers manages that rare trick: shaking the dowdiness of a hotel bar. There’s a hip trio of bar tenders slinging drinks to a small crowd, and as the afternoon unfolds the city skyline beyond is turning a brilliant shade of orange.

Sixteen floors above Brisbane’s King George Square, atop the Pullman and Mecure Hotels, Brisbane’s latest rooftop bar flips the notion of the hotel bolthole on its head. “We wanted to encapsulate the openness of this end of Brisbane city, highlighting the breathtaking views,” says Pullman Brisbane managing director Michael Daviss. “It’s a relaxed and friendly atmosphere.”

From the street below only a small sign indicates Sixteen Antlers’ presence above, and there’s a degree of theatre in wandering through the hotel, and then riding the lift up to find it. The bar itself is an intimate corner space, encircled by lounges and high tables, with commanding views of the city.

Cocktails such as Bushel Spritz (Absolut, Ketel 1 Citroen, Chambord, lemon juice, mint, berries) or Spring 75 (Tanqueray, St Germain, sparkling, lemon) reflect the airy nature of the venue. There’s a strong selection of Australian beer, with a particular focus on James Squire and Little Creatures, as well as wine by the glass or bottle.

Renovations are underway on the remaining half of the rooftop space, which in the coming months will see the addition of a rooftop pool and an extended bar. 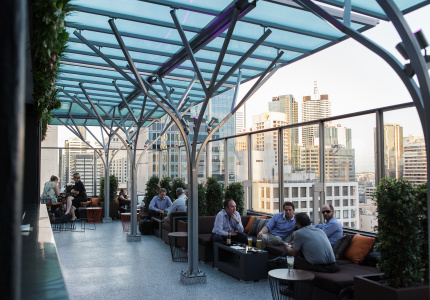 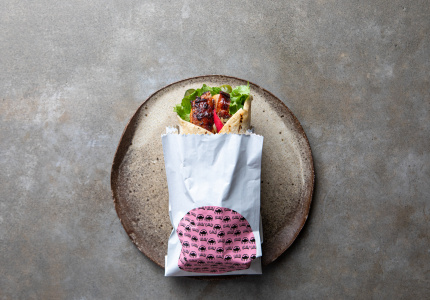