Next-level fish and chips from the Hello Please team. 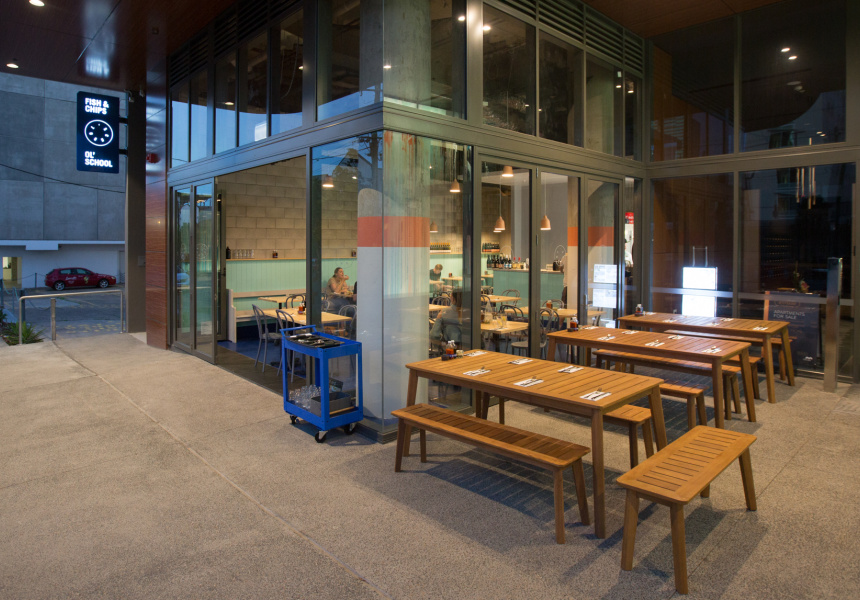 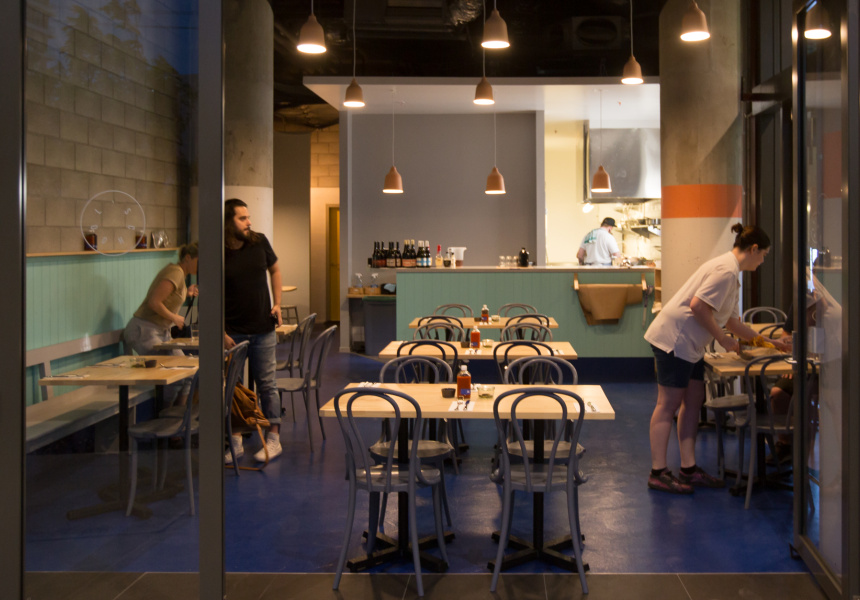 Ol’ School is far from your typical fish and chip shop. Tables are stocked with bottles of malt vinegar and hot sauce; complimentary pickles, citrus, and salt flakes are part of the table service; and everything but the ketchup is made in-house.

“A lot of effort has been put in – no corners have been cut,” says Maris Cook, who is a partner in the South Brisbane restaurant with fellow Hello Please operator Daniel Ward, as well as head chef Jesse Stevens and Standing By Company’s Trent Barton.

The quality-driven fish and chippery was first scheduled to open in mid-November, but a number of issues, including a redesigned ceiling, pushed it back to 2018. While launching in an often-silent Brisbane January can be a scary idea for restaurateurs, Cook isn’t worried.

“It’s never going to be December, but people are coming to [the] Cultural Centre and QPAC every day, and when kids are on holidays, people are out,” Cook says.

Housed in the Mirvac Art House development just around the corner from Fish Lane, the space combines timber tables, blue hues and concrete. Most of the work was done by the team; Ollie Burscough from Woodsters Furniture and Carpentry stepped in to help with the ceiling issues.

The menu is concise and practical. There’s no need to fuss over which fish to order – there’s just one choice and it comes battered or grilled, with chips or salad. The fish is whatever is best that day and since opening has been halibut, goldband snapper and dory. Chef Stevens has created perfect hand-cut chips, served on greaseproof paper in the middle of the table.

Other dishes include a truffle chip butty (chips and truffle mayo in a milk bun), a calamari butty, dim sims and fish tacos. You can also opt for a $35 per person shared feast.

A short wine list features nothing over $13 a glass. Beers such as Pirate Life, Bintang and PBR come by the bottle or can. Cocktails are individually prepared in bottles and brought to the table with a glass of chiseled block ice and citrus garnishes.