A second, much-larger venue for one of Brisbane’s favourite breweries. Since that busy night, things haven’t slowed down for the venue, which is directly across the road from Suncorp Stadium on Castlemaine Street. The large space features indoor pub seating, a main bar, terrace, beer production area, function room and a licensed carpark to accommodate for spillover at busy times.

The interior, designed by New Farm architect and artist Paul Fairweather, is fitted out with concrete floors, hanging fluorescent light bulbs, a wall of street art and plenty of brick and timber elements.

There’s a total of 32 taps across three bars, offering the Newstead core beer range and a cider, as well as a couple of specials and seasonal beers. At its busiest, the Milton venue can pump out ten times the amount of beer of the Newstead original.

Behind-the-scenes beer production is expected be fully operational in a few months. That will come with a change from bottles to cans, opening up new possibilities. “We really want to do one or two high-profile collaborations per year that we can put into cans,” says co-owner Mark Howes. “And we’ll try to pump out the occasional special batch that goes into cans as well.”

The team has happily welcomed back executive chef Peter Swatton after he briefly headed up the kitchen at Pearl Cafe. The Milton food menu slightly differs from Doggett Street, with a few more upmarket offerings such as the Allora pecan-fed pork cutlet with carrot ribbons, rooftop honey and tarragon vinegar.

Newstead Brewing Co. joins Aether Brewing, Brewski and The Scratch in looking after the collective thirst of Brisbane’s inner west. With the iconic XXXX brewery just around the corner, it seems it’s once again the epicentre of Queensland’s brewing scene. 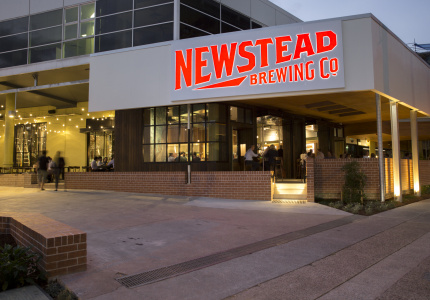 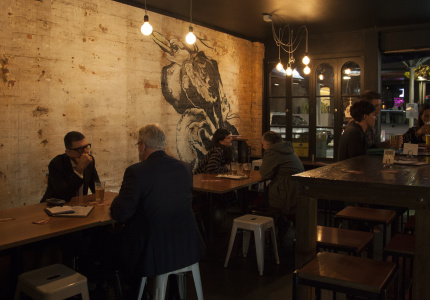