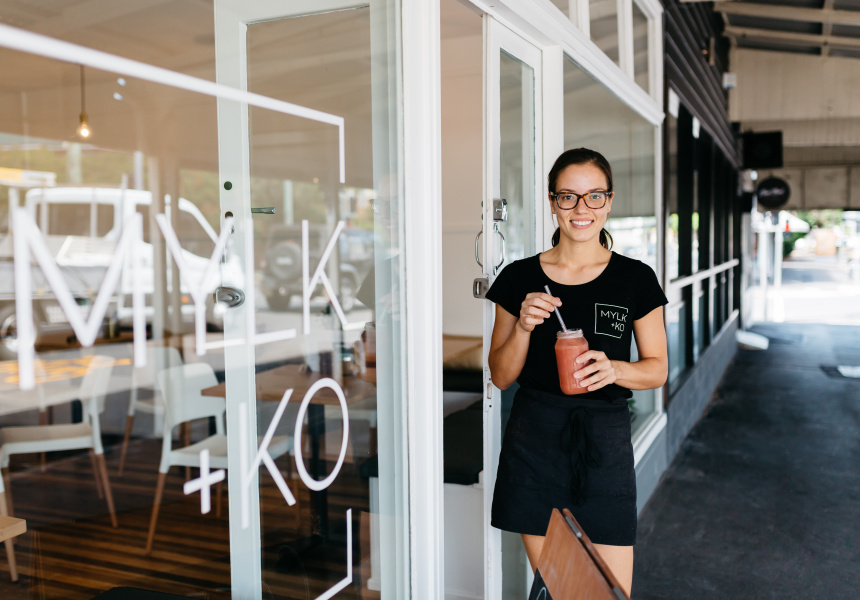 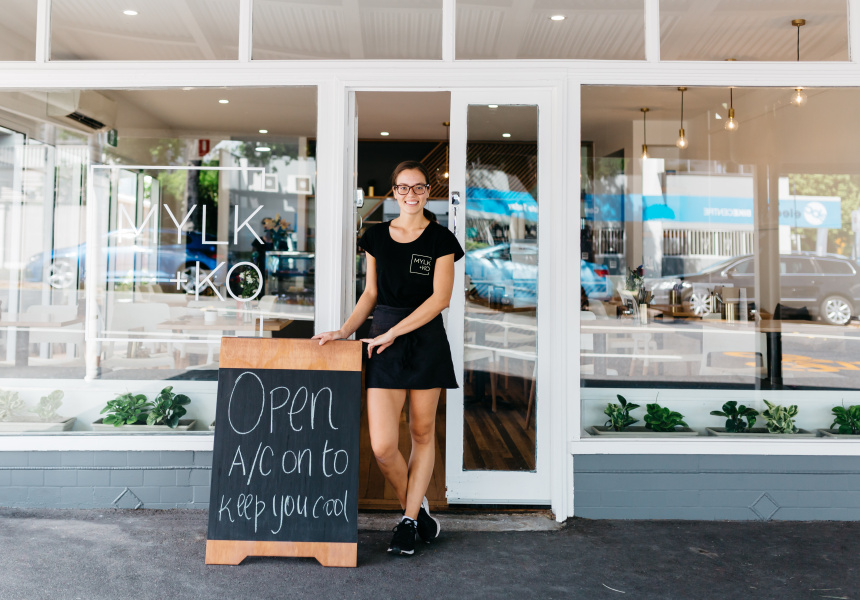 Born in Chile to a Belgian father and a half-Indian mother, Ines Scholtes has been influenced by a mixture of cultures. Ultimately though, it’s her Belgian side that dominates her approach to cuisine. “That’s where I get a lot of my inspiration from.” Scholtes says. “Especially sweets, I have a massive sweet tooth.”

So massive that Scholtes has now foregone a career in law to pursue her passion for food, last week opening Mylk + Ko.

Mylk + Ko has evolved from Scholtes’ Instagram, which she started in 2015. Her account was dedicated to the decadent but wholesome sweets she would create, which were often vegan, gluten-free or dairy-free. In its first year, the account reached more than 20,000 followers. “I started [Instagram] to try and gauge a response from people to see if this idea was viable,” Scholtes says. “And also when I did start [a business], I would already have a following and customer base.”

Once these dishes, shakes and juices are perfected, a hot menu will come on stream. Expect dishes such as red-velvet waffles and lemon-meringue pancakes.