Hope and Anchor Opens in Paddington

Jamie Webb creates a community hub with his Paddo pub. 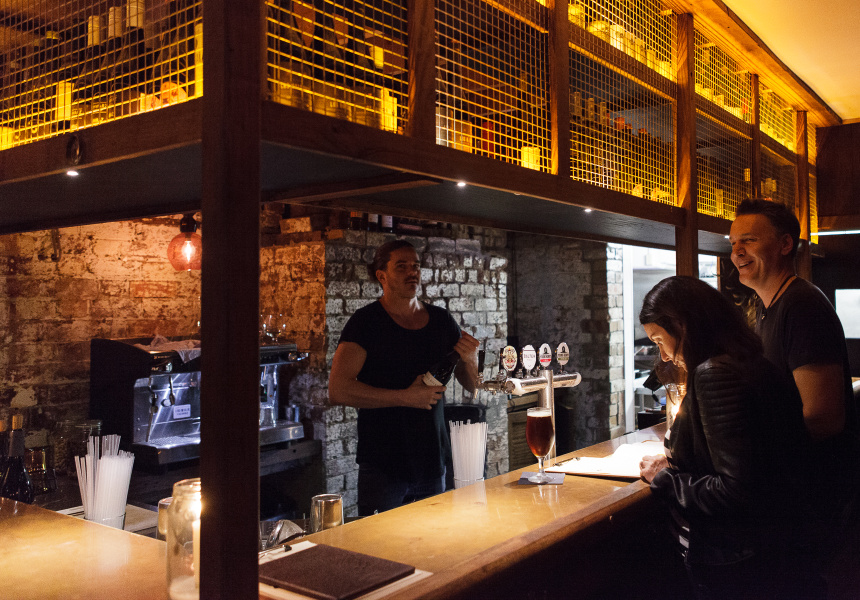 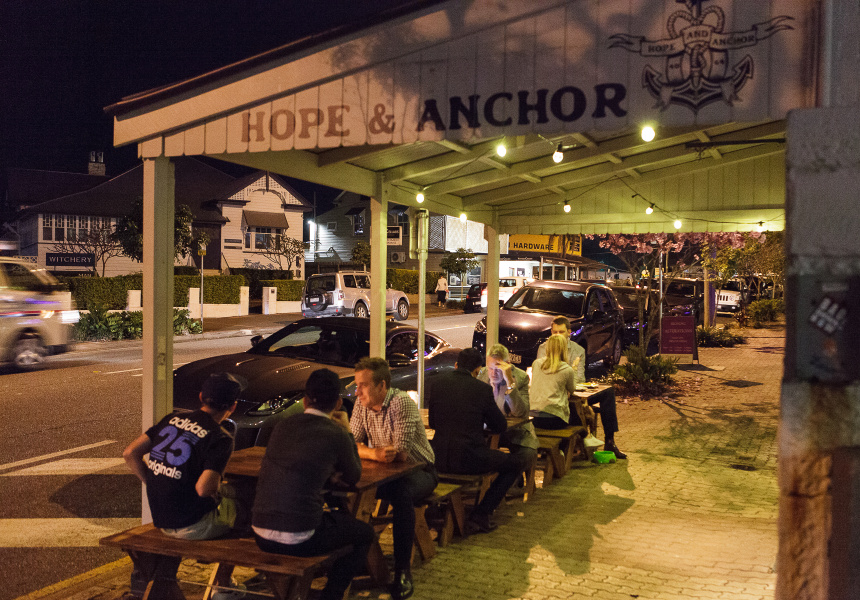 It’s taken Jamie Webb the best part of a year to get Hope and Anchor off the ground. There were building setbacks and delays, but finally on Tuesday night he threw open the doors on one of 2016’s most anticipated venues.

Hope and Anchor occupies a heritage-listed cottage on Given Terrace. The building’s most recent incarnation was The Shingle Inn, but it’s best known as iconic imbibery The Lark, which closed in 2013. It’s set out in the style of a coastal English pub – something you might find in Cornwall or Devon.

“Everyone has their local where they go to and it’s a social place where people see each other,” Webb says of these fine English establishments. “We’re trying to bring a public house back into the neighbourhood.”

Inside there’s plenty of space for punters to pull up a chair and while away a few hours. The low lights and rich wood interior of the main bar dials up the intimacy, perfect for a quiet session overseen by a small collection of taxidermy and vintage photography. A large downstairs courtyard and a second level of booths complement the central bar. Wooden tables line the footpath outside.

There’s a strong Australian line-up of beers on tap and tin, including the Gold Coast’s Balter and Sydney’s Young Henrys. Wine comes by the glass or bottle and is offered across pink, white, red and bubbles. Top-shelf spirits and a small cocktail menu give the bar menu some depth.

Food is a collection of simple bar snacks, sandwiches (the chip butty goes well with an ale) and more substantial plates. A classic steak or half-baby chicken with truffle-sausage gravy and Dutch cream-potato mash makes for a more substantial meal, but it’s the small plates that make the most sense, shared between a table and over a few rounds of drinks. There’s mussels steamed in white wine, but The Devil’s Horseback, a blue cheese-stuffed date wrapped in bacon, is also a must.

Webb is no stranger to the local hospitality scene. His portfolio already includes Ginger’s and Lefty’s Old Time Music Hall, both on Caxton Street.

With Hope and Anchor, though, it’s more personal. “I live in Paddington. I like the suburb,” he says. “Where we are has nothing like this, so I think it will be good for the neighbourhood.”

Hope and Anchor
267 Given Terrace, Paddington