Fratelli Famous Opens in the CBD 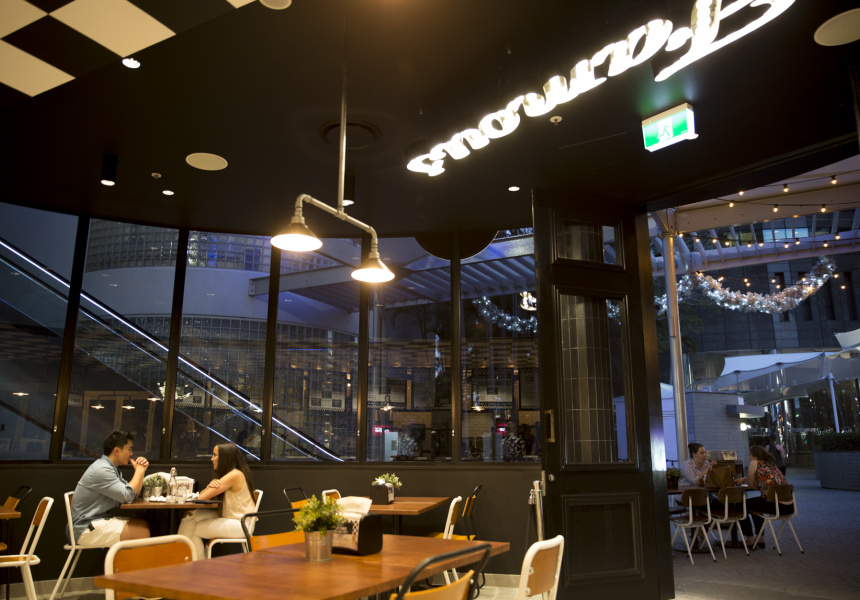 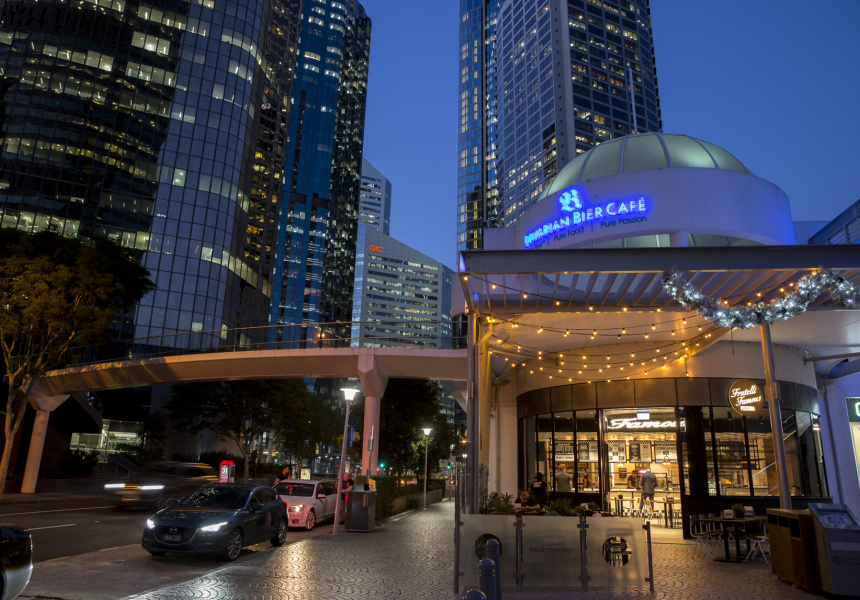 Brisbane has received an early Christmas present from the Rockpool Dining Group. Fratelli Famous opened its doors at Eagle Street Pier on Friday, introducing “fast fire” pizza to the city.

“The concept [of fast-fire pizza] is different,” says Thomas Pash, CEO of Rockpool Dining Group. “It’s customisable and it looks good. But it’s really a different approach to your typical pizzeria.”

Fratelli Famous is the fast-casual spin-off of Fratelli Fresh, an Italian chain with locations in Sydney and Melbourne. Following the success of two Fratelli Famous outlets in Sydney, this is the third store and first Queensland venture for the Rockpool Dining Group, which formed after the Urban Purveyor Group acquired Neil Perry’s Rockpool Group last month.

The riverside venue can seat 65 with outdoor and indoor options. The space inside is subway-tiled in black and white checks, with wooden touches breaking up the monochrome treatment.

There’s a small menu made up of nine pizzas, including the Classic Margherita, Meat Inferno and Bianca All Cheese, but the popular option at Fratelli is to build your own. Once you have chosen your sauce, base and toppings, the pizza is placed in the imported Wood Stone pizza oven. Worth $50,000, the oven uses a combination of gas and wood, heated to around 400 degrees, to cook the pizzas in around 90 seconds.

“A lot of people see these long lines at the first two stores,” Pash says. “But the line moves really quickly because it’s fast-fire.”

This is just the start for Rockpool Dining Group in Brisbane, with no fewer than nine more Queensland venues set to open over the next 12 months, including at least two Burger Projects, a Rockpool Bar & Grill and a Spice Temple – all of which are well established in Sydney and Melbourne. 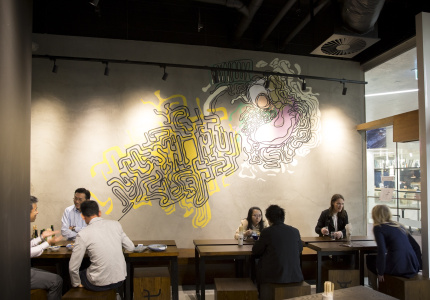