Brisbane gets a new chicken pub. 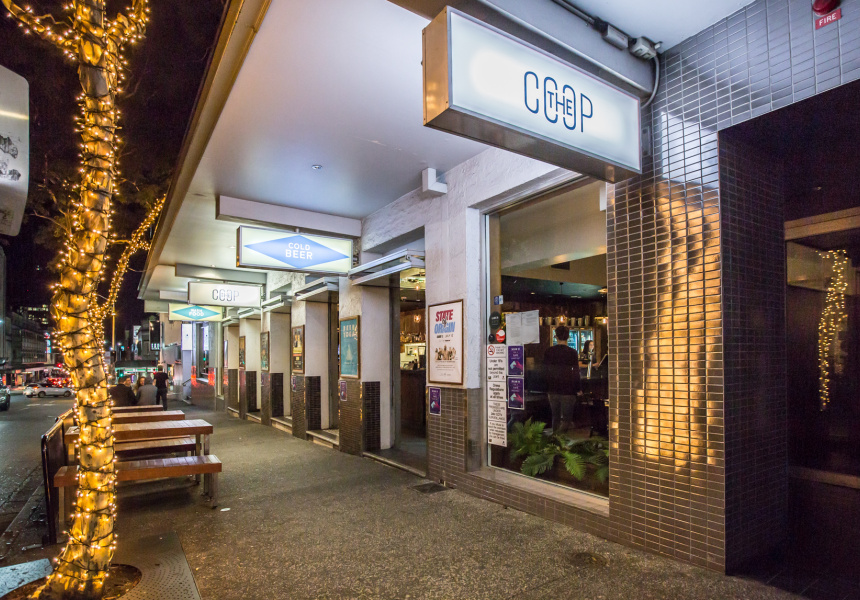 Joh Bjelke-Petersen. Coles and Woolworths. Urban sprawl. They've all been blamed at one point or another for Brisbane's lack of good old fashioned pubs.

A bustling drinking hole with a fresh attitude is hard to find in Fortitude Valley especially, but David Flynn and his business partners saw this as an opportunity rather than a hindrance. What was once known simply as The Bistro in the Flying Cock has been rebranded as The Coop Bistro, and it's determined to become Brisbane’s best chicken pub.

“The Flying Cock [Bistro] was never about food, it was always about the party," Flynn says. "We hope to change that. The Valley is changing and so is the demographic of people heading out. We wanted to modify our approach to suit a range of people."

Rather than doing the traditional media launch with food bloggers and influencers, The Coop opted for a soft opening to slowly get feedback from regulars and newcomers. Keeping the same layout and design as The Bistro, the sparse and casual space is still accommodating for groups and trivia teams.

As you might imagine, there's a whole new menu that heavily favours chicken. The fried variety is elevated by the use of tapioca flour to give it that extra crunch, and comes as a choice of breast, drumstick or tender. The options extend to burgers, schintzels, parmies and popcorn chicken. Vegans, vegetarians and red-meat fans can enjoy steaks, bolognaise and vinegar-battered "cauliflower wings", which Flynn says are already proving immensely popular.

Everything is served on Falcon Ware enamel crockery to give it that camping trip feeling. Much like the menu, it’s the little details that count. 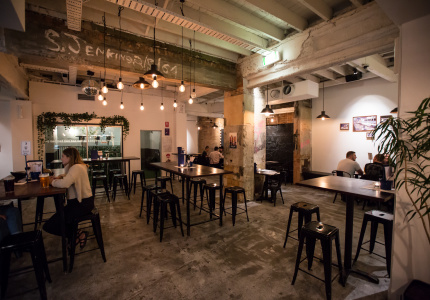