A 300-seater with the heart of a late-night market stall. 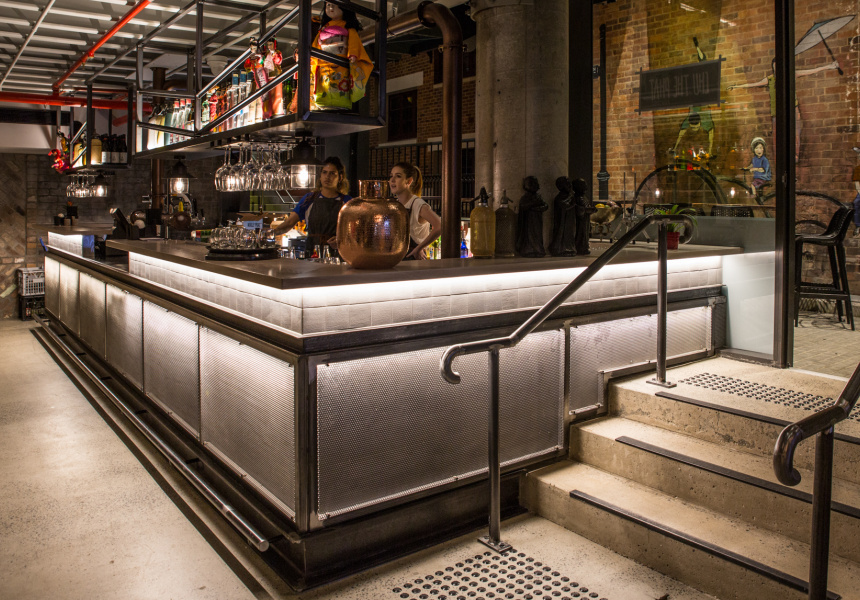 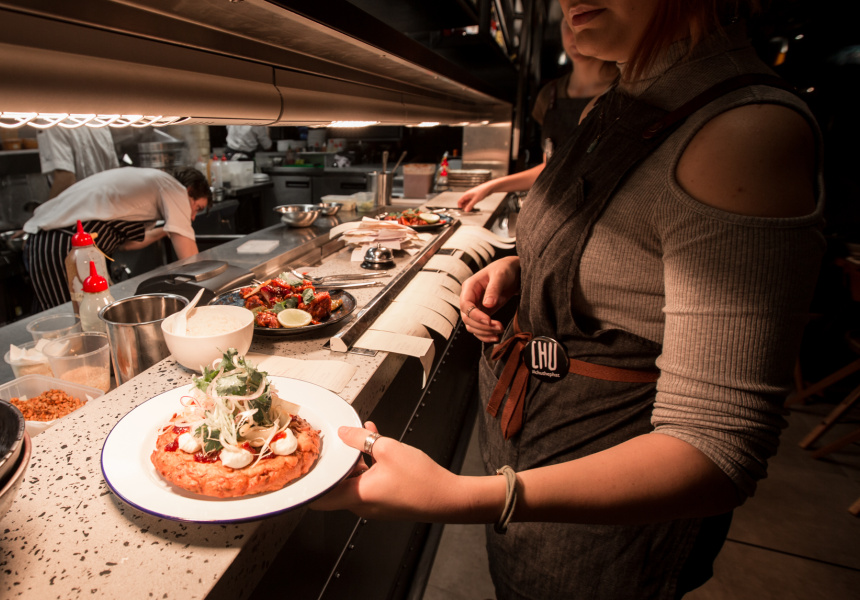 Chu the Phat is hard to miss. Walking past its huge glass frontage on Melbourne Street, the bold, illuminated signage and colourful pretty much scream that something is happening here.

That something is a two-level, 300-seat Asian street food venue from the owners of Madame Wu on Eagle Street. While Madame Wu caters to a mostly formal, business crowd, Chu the Phat gives the team a chance to spread its wings into something more spontaneous. “We specifically wanted to come up with a concept that was much more light-hearted,” restaurant director Nick Rosato says. “People really go to Madame Wu for a specific kind of formal dinner. Chu the Phat is more of a kind of pop-in anytime, casual kind of place.”

The wine list samples a healthy variety of Australian growers, with featured drops handily described on the front page. As for the lunch crowd, Chu will soon kick-off a revolving $15 bento box for dine-in or take away.

All these dishes have roots in an authentic experience. “We sent Brendan on a food tour around Asia to explore what people are actually cooking,” Rosato says. Barker was especially impressed by the late-night dining options on his travels. “People go out at all times of night in a way they just don’t do in Brisbane,” Rosato continues. “We want to change that, and create a late-night place for Friday and Saturday nights.”