W Brisbane gets its flagship restaurant. 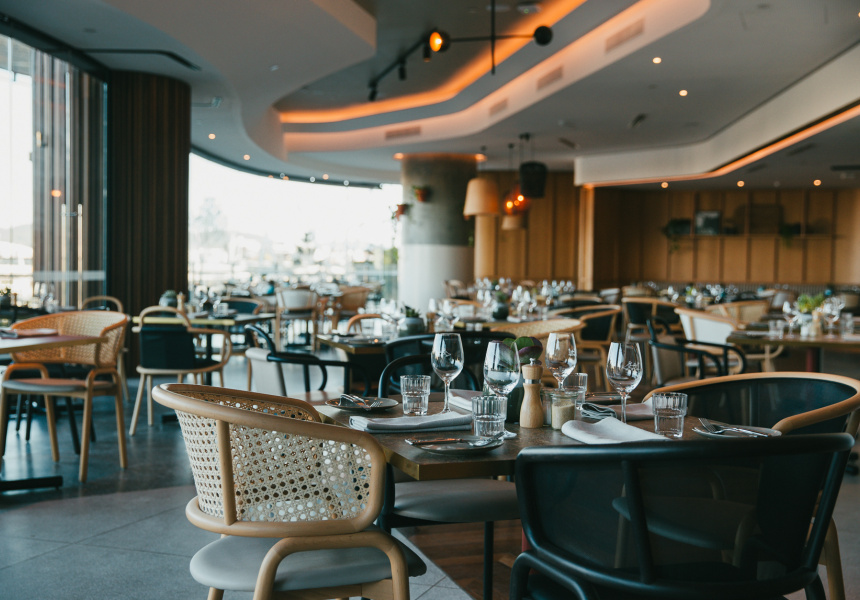 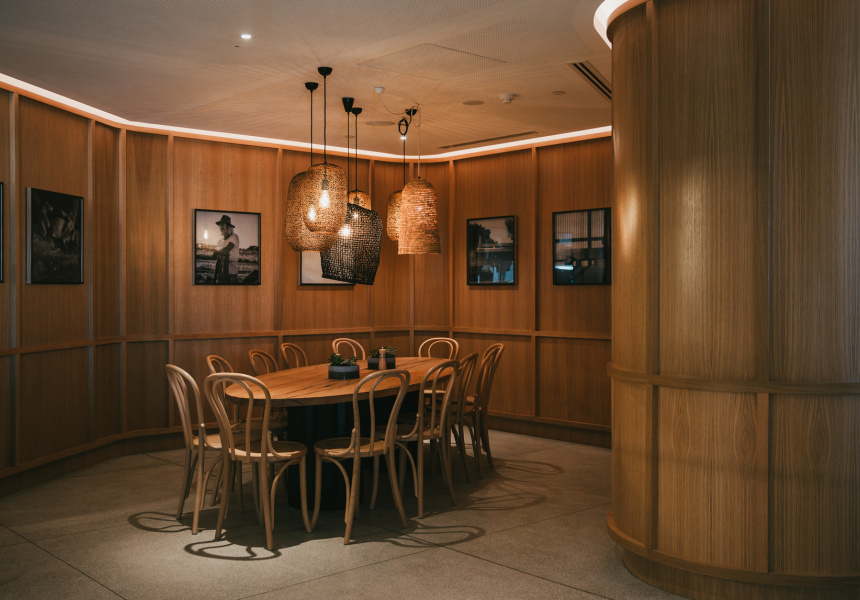 It might have been a quiet opening back in beachside Bronte, Sydney, in 2010, but it didn’t take long for Three Blue Ducks’ hearty, wholesome cooking to become a hit. So much so that outposts in Rosebery (also in Sydney) and Byron Bay soon followed.

Now Three Blue Ducks has crossed the border and landed in Brisbane, and this time its arrival is anything but quiet. Launching on Friday inside W Brisbane, the city’s first five-star hotel to be built in 20 years, it’s one of the most anticipated venue openings of 2018.

Behind the three ducks are six mates: Mark LaBrooy, Chris Sorrell, Sam Reid-Boquist, Darren Robertson, Jeff Bennett and Andy Allen. Speaking to Broadsheet on opening day, LaBrooy says the process of this venue has been completely different to the others, given they’ve had to work so closely with the hotel.

“We’re not familiar with the hierarchy and bureaucracy that comes with a hotel,” LaBrooy says. “That’s made for some interesting pre-opening challenges.”

LaBrooy says the challenges mostly revolved around the day-to-day running of the restaurant but they’ve also had to make a few major changes, including the (temporary, at least) scrapping of a rotisserie.

The restaurant’s menu features a bunch of favourites mixed with new dishes. Breakfast ranges from a cheese omelette to more elaborate options such as hay-smoked salmon kedgeree with cucumber, coriander, toasted almonds, currants and pickled ginger.

The lunch and dinner menus are for the most part the same as in Sydney and Byron, except for the inclusion of a few more grill dishes for the daytime trade: a Ducks Cheeseburger, for example. Dinner shifts the focus to woodfired dishes such as lamb shoulder with pea, zucchini, squash, red onion, mint and lemon dressing.

There are seven beer and cider taps featuring brews from nearby Green Beacon, Newstead Brewing and Ballistic. There’s also an extensive wine list, with a couple on tap.

The restaurant’s fit-out is a contemporary stunner with an understated colour scheme. Large ground-to-ceiling windows capitalise on the view over the river and flood the space with natural light.

LaBrooy and Reid-Boquist plan to stay behind for the first two months. Then all the owners will rotate in-and-out to ensure everything is running smoothly.

“Brisbane has really grown on all of us,” LaBrooy says. “There’s a lot happening here and we want to be apart of it.”