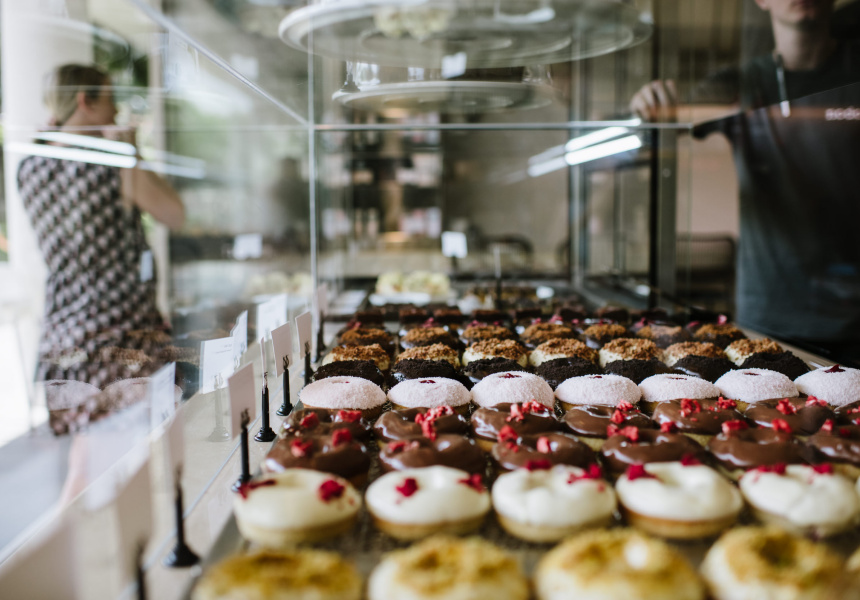 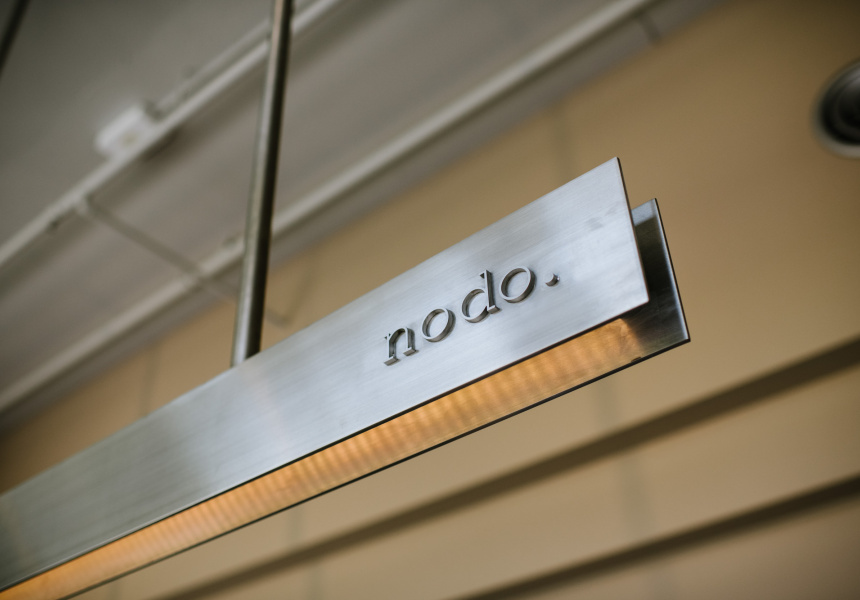 It’s just four years since Nodo launched in Newstead. Kate Williams mentions her gluten-free doughnut shop’s mid-November birthday and it takes a moment to sink in. Four years? That means we’ve been listening to Justin Bieber’s Sorry longer than we’ve been fighting to park on Chester Street and grab a box of Williams’s coveted pucks.

In that time she’s built a thriving wholesale trade, expanded the Newstead shop into a neighbouring space to create a full-blown cafe, and opened Nodo outlets in the CBD and Camp Hill. And Nodo’s DNA can now be found in other cafes: Only’s Paul Crossland and Arthur Graczyk worked under Williams, as did Bluntys’s Ryan Blunt – both businesses share Nodo’s obsession with precision and unfussy eats.

Now, with Nodo’s new outlet underneath the ABC building in South Bank , which opened just last week, it’s four venues in four years. When Kiss the Berry’s Sarah Miller, a Nodo wholesale client, mentioned to Williams she was closing her hole-in-the-wall operation overlooking the lawn in front of the The Wheel of Brisbane, it was too good an opportunity to pass up.

“We had been looking,” Williams says. “We were just waiting for that perfect spot and when this opportunity came up we jumped on it, because it’s such a beautiful location. All we needed was proximity to the CBD and to our bakery.”

The result will feel familiar to Camp Hill regulars. The shop amounts to not much more than a long counter, a concrete bench and a bunch of umbrella-shaded tables along the sidewalk. Once again designed by architects Sullivan Skinner, it maintains the Nodo aesthetic – clean, crisp, minimal and inviting. But the killer feature is the lawn out front.

“All of our seating is outside and we have picnic blankets for the outdoor area, which a lot of people are taking us up on,” Williams says.

The gluten-free brunch menu is an abbreviated take on Camp Hill and Newstead – beyond a couple of acai bowls there’s a Benedict with house-baked brioche, gochu-cured salmon, herb hollandaise and kale; a breakfast burger with a gluten-free milk bun; and a porcini waffle with black garlic butter, sautéed kale and a soft-fried duck egg. Goji-fried chicken and a beef-cheek cheeseburger are served later in the day.

Still, the doughnuts are the star of the show. They’re lined up inside the glass-front counter, ready for punters to grab and go. Despite all the change in the Nodo universe, rocking up for a strawberry-hazelnut or raspberry-white-chocolate doughnut and washing it down with decent espresso – now the brand’s own, sourced directly from farmers in Colombia – is still at the centre of what it does.

And perhaps it’s this simple central concept that allows Nodo to apply itself so easily to different spaces across the city. “One hundred per cent,” Williams says. “We don’t cut and paste. We try to make each store unique to its particular area.” 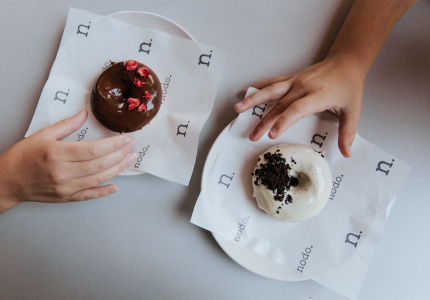