From the creators of Hai Hai, Remy’s and King Tea comes a venue unlike anything else in Brisbane. 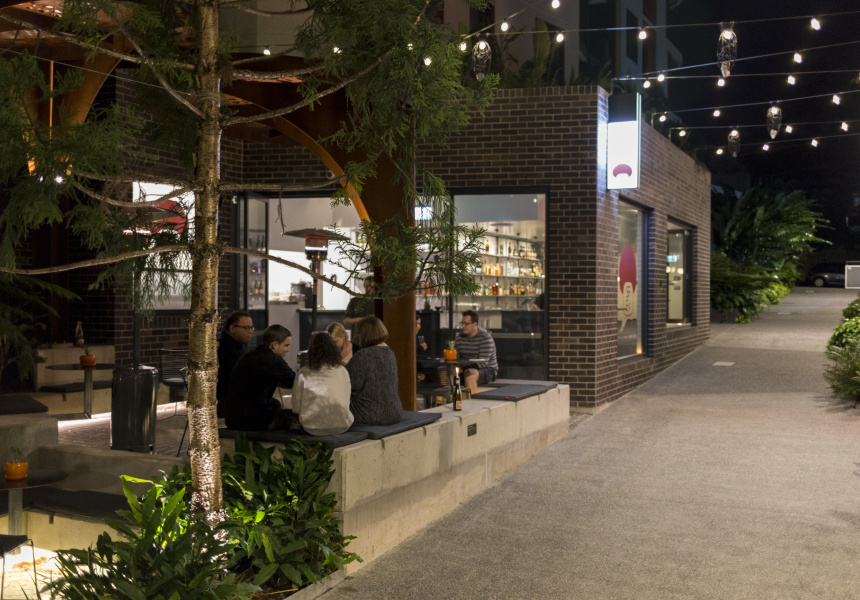 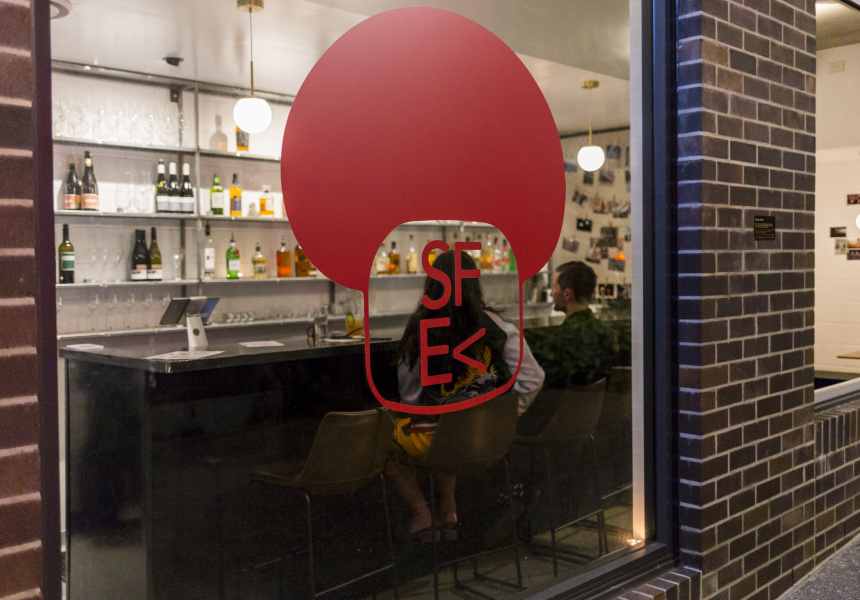 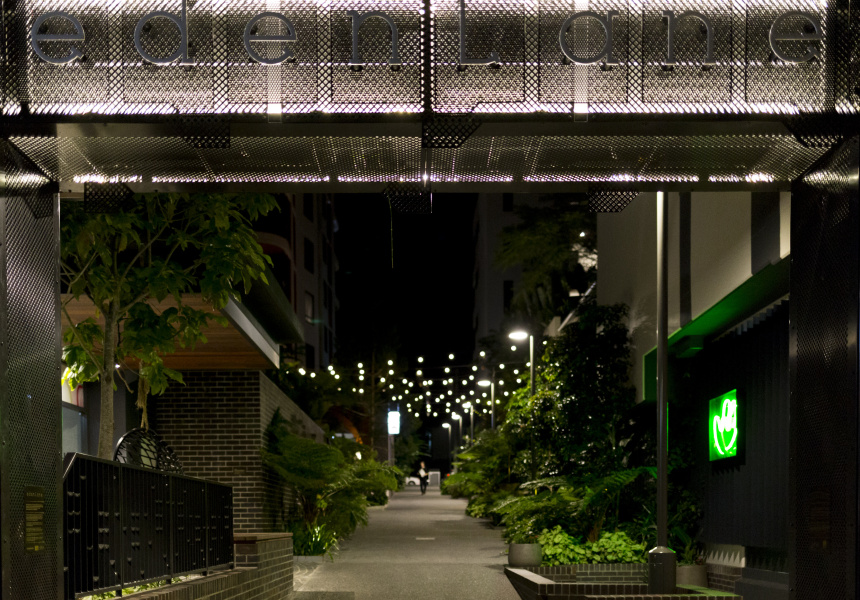 The plan wasn’t to open an izakaya. Not at first, anyway.

“We were going to do just a regular little wine bar,” Dane Huitfeldt says. “With cheese and tapas and stuff like that. We’ve done stuff like that before, and we’ve actually failed almost every single time.”

So instead co-owners Huitfeld and Alex Triffet have created Superfly Funk Eye. The latest venue from Pop Mega Hospitality Group (which also looks after Hai-Hai Ramen, King Tea and Remy’s), Superfly’s mix of laid back Japanese dining and wine bar is the final addition to Woolloongabba’s neat Eden Lane dining precinct, which already boasts Day Made, Kiss the Berry and 31 Degrees Custom Chocolates.

It was the unique space itself that sparked the change in idea. Little more than a semi-alfresco brick bunker with mushroom-shaped structures out front and festoon lights, it’s unlike anything else in Brisbane right now. Staff have added Japanese pop art in the bathroom and their own photos from trips to the island nation to give everything a homely, lived-in feel. The rest of the fit-out has a minimal industrial style. Steel shelving units come from Woodsters, and complement the concrete flooring and courtyard seating.

In addition to visual cues, both Triffet and Superfly head chef Guy Rooney have previously owned restaurants in Japan. They were confident they could create a menu that reflected traditional Japanese cuisine while catering to a modern Australian palate.

There are eight rotating dishes including karaage chicken, rare duck udon and kingfish served with kohlrabi, roasted nori and finished with a miso and yuzu dressing. Huitfeldt says the basic elements of the menu will stay the same, but there’ll always be something new. “As a customer, it's nice to know that there will be some stuff that will always be there but then there’ll be something fresh too,” he says.

Chris Fullerton from Cork and Co has curated a tight wine list that features low-interaction drops from sustainability minded producers (he will be running wine events in the space in future). There’s also a small cocktail list full of Japanese flavours such as ginger and peach, as well as whiskey staples.

This article first appeared on Broadsheet on May 21. Menu items may have changed since publication. 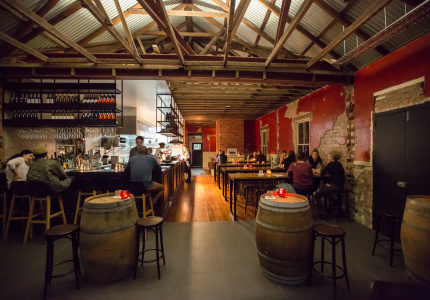