The Sunnybank $2 Food Trail is Returning This Weekend

Shake out your piggy bank. 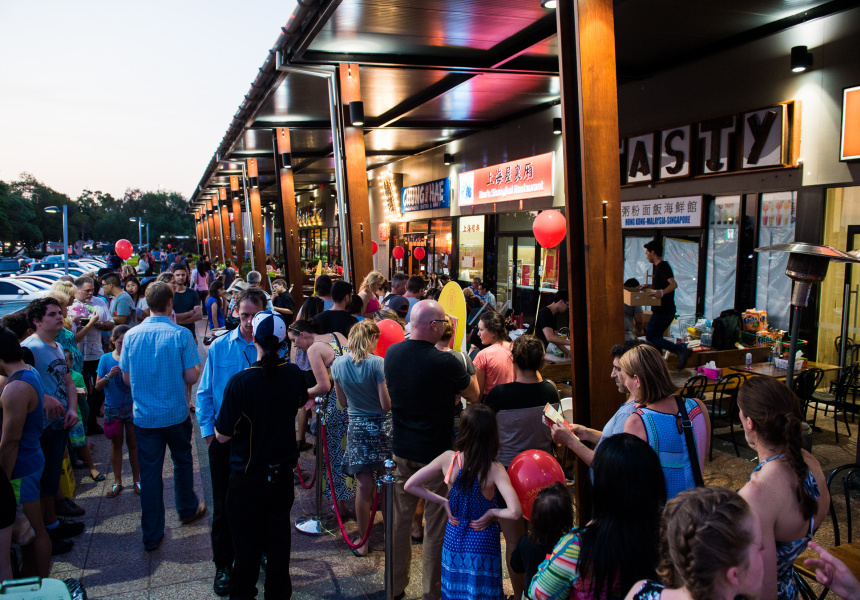 Ever since the Sunnybank $2 Food Trail began in 2014, it has gotten bigger and better with every instalment. This coming Saturday should be no exception. “Our first trail, we had 22 retailers involved and now we have 46,” says Lisa Smith, marketing manager for Sunnybank Plaza and the organiser of the trail. “So we’re really happy about how retailers have embraced it.”

Locals have embraced it too. The first Food Trail had an attendance of around 6000; on Saturday, Smith is expecting more than triple that number.

The concept is simple: each venue offers at least two mini dishes, priced at $2 per serve. Trail-goers are supplied with a map and a menu, and the rest is up to them. “You can walk the trail any way you like – it’s a self-guided adventure,” Smith says. “You might like to choose by menu, or you might go where the lines are busiest.”

On the day, there will be live music and entertainment, along with a “kids’ zone” featuring giant board games, colouring in and face painting.

With a rich diversity of cultures in one suburb, food in Sunnybank is unlike anywhere else in Brisbane. The $2 Food Trail is a great opportunity to check it out for yourself.

The Sunnybank $2 Food Trail is on this Saturday June 17, 2pm–8pm at Sunnybank Plaza and Sunny Park Shopping Centre.