In many ways, the growth of Slipstream Brewing as a company is a reflection of Yeerongpilly, the suburb that surrounds the newly reopened brewpub.

When husband and wife owners Deale and Elisa Stanley-Hunt first opened Slipstream in late 2017 in an old warehouse on Wilkie Street, they talked about the change in the area – about older generations moving out and young couples moving in. Now, those couples are putting down roots and starting families.

“At first they were young people partying on and then you notice someone’s pregnant,’” Deale says. “And the next thing they’re bringing the baby through the door … I think we underestimated when we first started how much locals would come down to the venue. And then we launched and it just grew and grew, week to week.”

“We knew that the kind of people we get in here would definitely step up to a higher quality venue,” Elisa adds. “They want somewhere they can bring their families.”

Hence Slipstream Brewing Company’s thorough renovation, which was unveiled to the public last week. This is much more revolution than evolution, the charming old shed and car park replaced by a gleaming modern brewpub. There are now 20 beer taps, up from 14, and an enormous kitchen to replace the rotating food trucks. The brewery has upgraded its licence, too, meaning it can serve spirits and guest beers alongside its own range of brews

It’s certainly a looker. No longer do you need to walk down the covered driveway and into the old side door. Instead, designers Charlie & Rose have opened it up to the street with a shaded beer garden and play area flowing into the venue proper, where there’s a lengthy bar on one side and an open kitchen on the other. If the old Slipstream felt rustic and homely, the new venue is buzzier and much more sophisticated.

Like they did with the original Slipstream, the Stanley-Hunts took inspiration from the slick brewpubs of west-coast United States when envisioning the new venue.

“I think Deschutes Brewery in Portland always comes to mind,” Deale says. “That always stuck out to us.”

“Particularly when it comes to food,” Elisa says. “What the brewpubs do over there consistently is offer a complete experience. We wanted to capture that here.”

In the kitchen, chefs Adam Healey (formerly of Dogtap Brisbane) and Karma Garung (ex-The Smoke BBQ in New Farm) are balancing barbeque, woodfired pizza and burgers with lighter dishes such as ceviche, fish tacos and a fiesta salad. After three years of food trucks the Stanley-Hunts have learned what best matches with beer, and the idea is to keep people grazing rather than weigh them down with dude food.

“The menu has a real California feel that suits Queensland’s climate. There’s nothing too heavy,” Elisa says. “But the good thing about the food trucks is there’s variety, and we wanted to capture that as well. I can come in tonight and have a pizza and come in next week and have something completely different.”

The increased number of taps is intended to allow head brewer Ian Watson greater flexibility to experiment with the brewery’s pilot-batch system alongside its core capacity. At launch time, the core range of lagers, ales, XPAs and IPAs has been joined by a selection of brewery-only beers including a Hazy IPA, a Banoffee Pie Pastry Stout and an 8.5 per cent double IPA named Celebration Ale. Away from the beer, there’s a short selection of Australian small-producer wines and spirits.

Helping make the new venue a reality was a $1.5 million investment from craft-drinks accelerator Mighty Craft, which has invested in other breweries such as Ballistic Beer Co and Newcastle’s Foghorn.

“Their background experience ranges from brewing to finance and business. They play a mentoring role in the business, the strategy and the marketing,” Deale says. “So rather than just give us capital and say, ‘Away you go,’ they’ve really value-added to the business.” 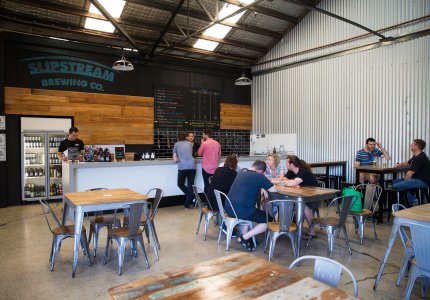 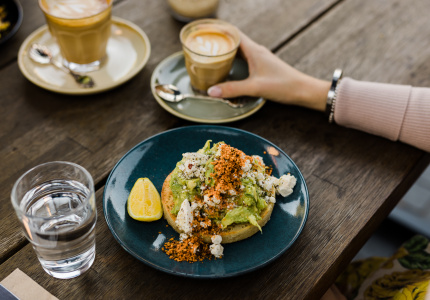 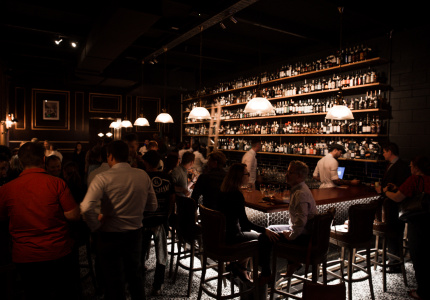