Look for the bright orange door. 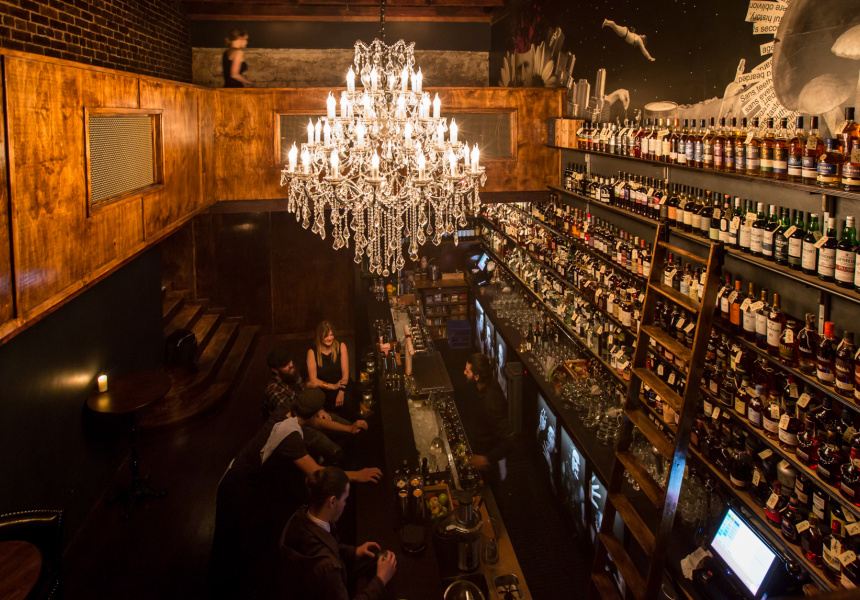 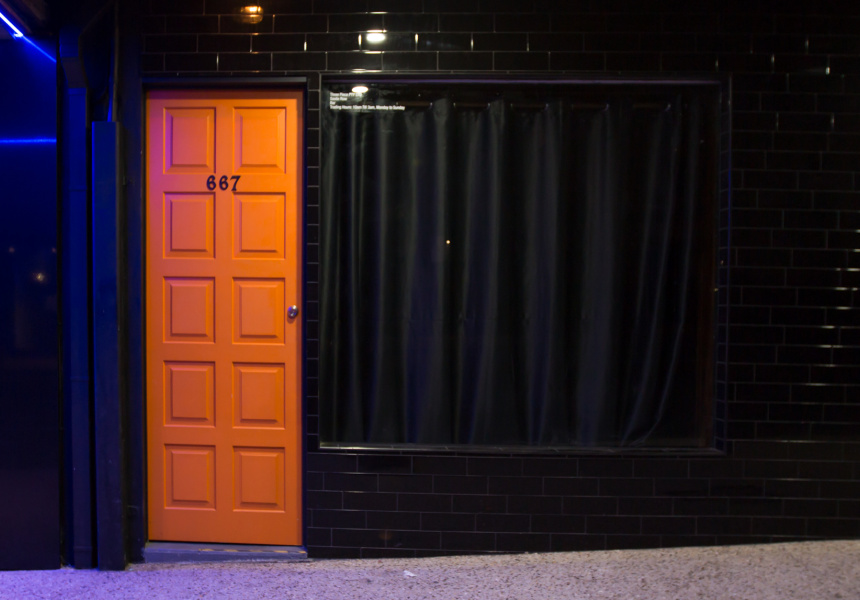 Martin Lange knows how to run a bar. The Argentinian ex-pat has been pouring drinks for more than 20 years. It’s no mistake, then, that his latest bolthole is hard to find on a bustling stretch of Ann Street. “It’s human nature,” says Lange, who also co-owns Cobbler in West End. “When you’re lost and then you find something, you go, ‘Now I’ve found it, I’ll never forget it’.”

Savile Row has been a long time coming, taking Lange and co-owners Trent Goodwin and Kahn Millis more than 18 months to complete. In the 1950s, the space was a butcher shop. More recently it was divided in two as a pair of clothing shops. The new owners tore down the wall separating the two spaces, re-stabilising the building in the process. “From the 1950s till now, everyone was patching it up, not doing it properly,” says Lange. “It has been a massive process.”

It was worth it. Hidden behind a bright orange door, the space is a combination of wallpaper, brick and art-detailed walls (painted by Lange’s brother, Alex). Most prominent is a back bar of 750 spirits, spotlighted by a large overhanging chandelier. More bottles are coming in over the next few months – expect 900 in total. Upstairs, there are tables, chairs and booths, with drinkers looking down on the bartenders at work.

The bar is named after the Mayfair street known for its traditional bespoke tailoring. As a tribute, a room downstairs is adorned with framed pictures of animals in suits. Lange says he hopes to tailor the experience and service just like the suit-makers on Savile Row.

The drinks list focuses on spirits, with hundreds of whiskies, 50 gins, 50 rums and 20 tequilas. There are also 20 cocktails (with matching illustrations), a few beers on tap, 15 white wines and 15 reds. Lange hopes such a detailed approach will appeal to an older demographic in the Valley. “What is lacking in the Valley is a bar where my age group, between 30 and 45, can go and chill and relax,” he says. “We’re trying to make [Savile Row] something different to what the Valley has to offer.” 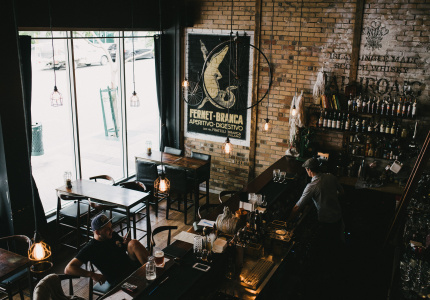