Ryan Squires: I Won’t Be Opening Another Restaurant in Brisbane 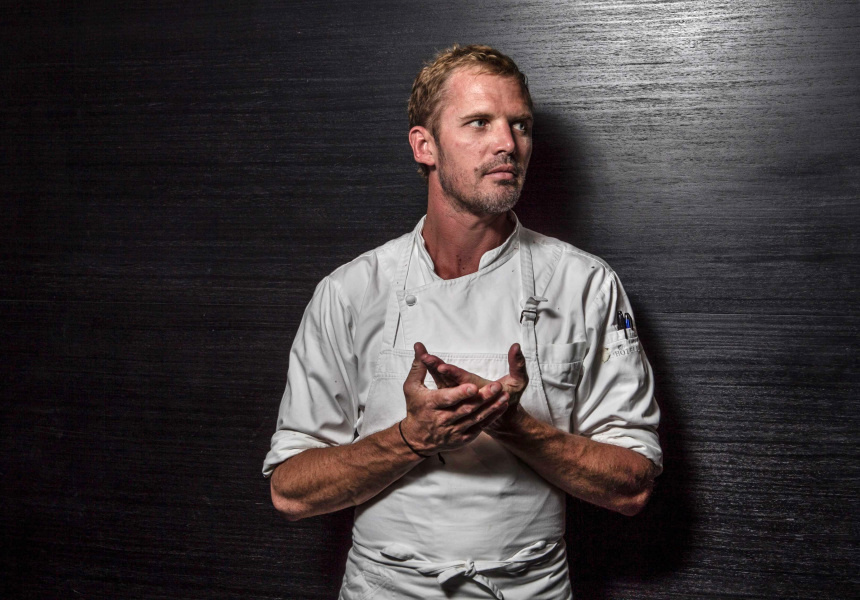 Last Thursday an eye-opening email landed in the inboxes of subscribers to inner-city restaurants Esquire and Esq.

“I wish to thank all who dined at esq. & esquire over its seven years in operation, a massive thank you,” a statement from the restaurant's owner Ryan Squires began. “I have not come to this decision lightly as I have very much enjoyed the experience but felt for a number of reasons this was the right time to close the restaurant.

“I would like to thank all those involved and who supported me, especially my hard-working and loyal staff, my parents, friends and acquaintances.

“Not to mention the countless regulars; when in the restaurant made me smile & forget about the ongoing conundrums.

“I enjoyed my time.

“It is now my intention to have a break before looking for new opportunities in this creative industry.

And just like that, a star chef kissed goodbye two of Brisbane’s best restaurants. Esquire has become a go-to for well-heeled inner-city diners looking to be taken on a journey through Squires’s dedication to fresh produce. At Esquire, you’re committing to a daily menu that’s five to seven courses for lunch and anywhere up to 25 for dinner. Esq, its more casual neighbour, simplified the process with a succinct menu and uncomplicated cooking processes that allowed Squires’s ingredients to shine.

When Squires talks to Broadsheet on Tuesday evening he’s in a reflective mood. He says the decision to close the restaurants was made within 24 hours but had been in the back of his mind for “four or five years”.

“It’s killed half a dozen relationships, this restaurant,” Squires says. “I was in a very unique position. There are not very many top restaurants in Australia where you’re the owner, head chef and operator. They’ve either got millionaire backers, [or] six managers and a business partner … Everything fell on me.”

Squires says the seeds of the closure were planted as far back as six years ago, with the departure of former business partner Cameron Murchison.

“I wish I hadn’t fallen out with [Cameron],” he says. “Whether he was the right guy, I don’t know, but I think it would’ve been better for him to stay on board.

“I was just a creative who got lost. You take away that ambition of being creative and start worrying about toilets and staff complaints. I’m meant to be thinking about my food, not all that ‘the dog ate my homework’ stuff.”

But Squires reckons it’s also increasingly hard to make a buck in Brisbane’s tight restaurant market. “The industry is going in a funny direction,” he says. “It’s becoming very commercialised and it’s good business nous to do that. But Brisbane is lacking that tourism [to drive trade through the week]. Come Friday and Saturday night, Esquire is fully booked.

“There’s no one else to blame but myself regarding the closure of Esquire,” he continues. “I was blindsided by my career. It was always a career-driven restaurant; it was never a business-sense restaurant. The rumours going around regarding who’s taking over my space, the proof is in the pudding: a couple of people with very commercialised restaurants. No awards. No-frills dining. Just [a] get-a-feed kind of thing.”

Squires says both Esquire and Esq will make money right up until tomorrow’s closing night, but nevertheless he has noticed a downturn in business that started “about a year or year and a half ago”.

“I was never late for a rent repayment – and my rent is through the roof – until about six to eight months ago,” he says. “It was only by a week. And then the second one was a couple of months later and I was two weeks late. Once that happens, you’ve got to make sure you get back on top of it. I started to do that but I was working for the landlord, basically.”

Squires demurs from calling Esquire a fine diner, preferring the term “progressive restaurant”. Regardless, he says the space for these kinds of eateries is becoming smaller and smaller in Brisbane’s crammed restaurant market.

“[About] four or five years ago I started to think, ‘Shit, why am I chasing down all these beautiful, special products and coming in and doing 10 for dinner?’,” he says. “It’s incredibly detrimental not only for me but for my hard-working staff. It just takes a toll. It takes a toll on your drive, it takes a toll on your creativity, and your ambition.”

Squires says he’s ambivalent about tomorrow night’s final service: “I don’t form these emotional attachments to things,” he says. “I’m just very excited to finish, really. We’re fully booked for the next three days. How stupid. How ironically stupid is that. I should send another blast email saying, ‘I was only joking! I’ll see you next week!’”

As for the future, there’s an appearance at next month’s Ubud Food Festival and visiting his mother’s family in Italy. And not much else.

“I just don’t have a plan at the moment,” Squires says. “I live on the Gold Coast so for sure I won’t be opening another restaurant in Brisbane. I still feel I have a lot to offer … I’ve spent seven years fighting the cause. I was fighting against the industry.

“What a waste. What a waste. Here I was at the age of 18 and chasing the world’s best restaurants,” he continues. “El Bulli to Per Se to French Laundry to Level 41 in Sydney, where I started. These were top tier … I worked at all of them until seven years ago thinking, ‘You’re doing the right thing, Ryan. You’re putting in the fucking hard yards. You’re spending a lot of money to live around the world. You’re chasing your goals. You’re getting the best training for [your] career.’

“You come back and implement it and what a fucking waste of time that was. I sort of blame myself and think maybe I should have looked at something more casual; maybe I should’ve looked at In-N-Out Burger or something,” he laughs. “I’d probably be very happy and a very wealthy man if I’d stolen that idea and brought it back 15 years ago.”