The popular Bulimba craft brewer is innovating fast in the face of Covid-19. 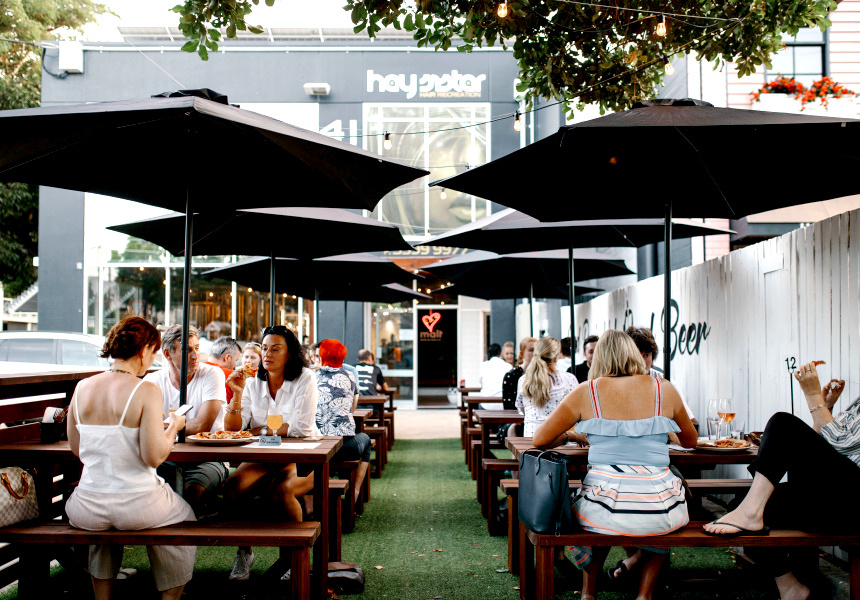 This story was originally published on April 20.

Revel Brewing Co is an anomaly during the Covid-19 pandemic.

While it feels like every other food and beverage business in the country is cutting staff, reducing hours or closing altogether, the Bulimba brewery has increased its operation from five days a week to seven and even hired a new chef. No one’s taken a pay cut, and no one’s been let go.

Still, it takes a special kind of gumption to open a new online restaurant in April 2020. Earlier this month, Revel unveiled Nonna’s Kitchen, a menu of house-made pastas and gnocchis (plus meatballs, lamb shank and eggplant lasagne) available for takeaway and delivery. The menu slots in neatly alongside the brewery’s well-regarded beers and already-popular pizza operation.

For Revel co-owner Jay Neven, Nonna’s is the latest in a series of moves to innovate in the age of coronavirus.

“I’ve actually increased my risk to try to survive,” Neven says. “[But] the community is really getting behind us and realising, ‘Shit, not only can we get delivery now, but it’s pizza, beer, wine, pasta and woodfired bread’. It’s pretty cool.”

In the kitchen is chef Pietro Madau, who grew up working in his family’s bakery in Sardinia. (Most recently he was in the kitchen at Felons Brewing Co.)

“We knew we needed to do something special,” Neven says. “Pietro has been cooking since he was five. He’s making everything from scratch. The quality is next-level … and that’s a huge differentiator. It’s mostly using what we have, which is a woodfire oven, and customers are just adding it to the [online] cart.”

It helps that the dishes on the regular menu are priced between $10 and $16, meaning you can throw one in with a pizza and a four-pack of beer for not much more than $60. Revel has also introduced a short, sharp wine list and a bunch of San Pellegrino soft drinks.

“The online activation is pushing us to innovate,” Neven says. “We’re looking at cool things to launch to bring alternative revenue streams … We’re lucky because we’re embedded in this community and they get behind us. The message we want to get out to Bulimba locals is: spend $20 a week at Revel and you’ll save our brewery.”