Under the bill, restaurants and cafes will only be able sell 1.5 litres of wine for takeaway and can no longer sell beer or ready-to-drink beverages. 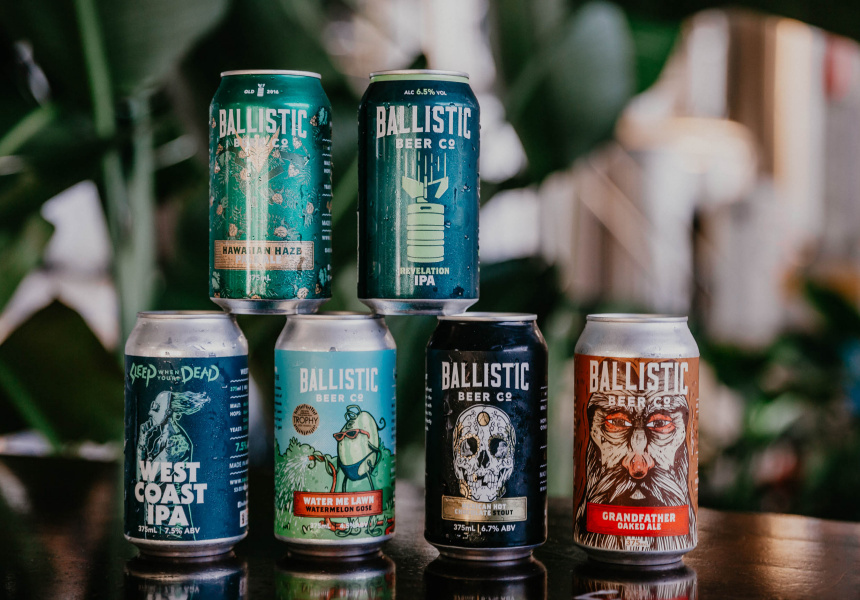 Last year, the Queensland Government introduced a Covid-related measure allowing restaurants and cafes with a liquor license to sell up to 2.25 litres of takeaway alcohol or deliver it to customers’ homes, as long as it’s ordered with food. It has been a game changer for the industry, providing operators with a tool that could help them stay afloat during periods of uncertainty and lockdowns.

But new proposed legislation – the Justice Legislation (Covid-19 Emergency Response - Permanency) Amendment Bill – looks to prevent the selling of beer and pre-mixed alcoholic drinks, and limit the sale of wine to 1.5 litres. If passed, it will be a major blow for many business owners, including Dan Rodriguez (Electric Avenue, Canvas, Mr Badgers and The Tailors).

“It would have a massive impact on us,” Rodriguez says. “[Especially] now, where we can only have 50 people in the venue and people can’t come in because we’re at our capacity, being able to sell that extra alcohol helps with the bills.”

With tightened restrictions always looming, the ability to sell takeaway booze has been a boon for operators, helping them supplement lost revenue.

“Especially when you don’t get much notice and it’s a snap lockdown,” Rodriguez says. “You’ve bought all this booze in the hope of selling it over the weekend, [so] having that option to sell it via takeaway really helps.”

“It’s been a massive help being able to sell the bottled cocktails and beers to help move the stock and keep the cash flow coming in,” he says.

According to the bill’s explanatory notes, the changes are designed to address high amounts of alcohol in beer and pre-mixed alcoholic drinks, which pose “a greater risk of adverse intoxication”. Numerous stakeholders, including Queensland Hotels Association, Retail Drinks Australia and the Foundation for Alcohol Research and Education, have pushed for the amendments.

“Given some beer and pre-mixed alcoholic drinks with spirits have a very high percentage of alcohol by volume … these types of liquor will not be able to be sold for takeaway,” the notes read.

The proposed bill has been met with backlash from a number of parties, including the peak industry body representing hospitality businesses.

“It would stand to reason that if craft beer is sold with a substantial meal, the likelihood of responsible drinking would increase,” Restaurant and Catering Association CEO Wes Lambert told Brews News.

“Our goal isn’t for people to get [heavily intoxicated],” adds Quinn. “[People] aren’t coming to us to buy excessive amounts of alcohol, they’re coming to buy a product they can’t easily get elsewhere.”

In addition, the maximum amount of wine that can be sold via takeaway has been reduced from 2.25 litres (three bottles) to 1.5 litres (two bottles). According to the notes, “this provides consistency with existing provisions allowing the sale of one opened and one unopened bottle of takeaway wine to adults dining on the premises” and “reduces the likelihood for the operation of restaurants as de facto bottle shops”.

“I think [the government] should be thinking outside the box about how we can grow small business,” Quinn says. “The goal should be moving forward, [but] this is a huge step backwards.”

The bill is currently before the State Development and Regional Industries Committee. Hearings will take place on October 15.