Patient Wolf Thinks About Cocktails in an Old Hollywood Way

When Patient Wolf levelled up from a Brunswick warehouse to a Southbank bar, the future looked bright. Then came covid. In partnership with First Choice Liquor Market, co-founder David Irwin explains how the craft gin distillery has adapted – with some help from loyal customers. 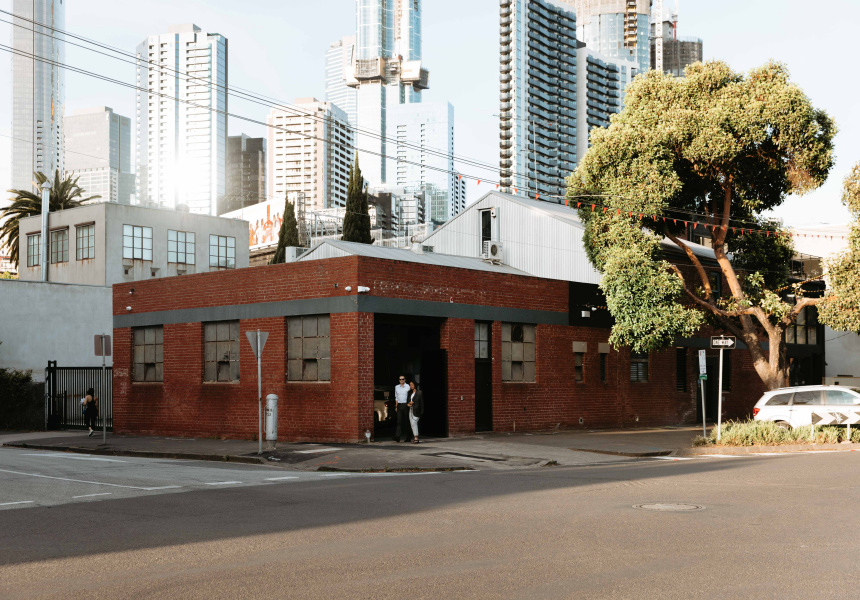 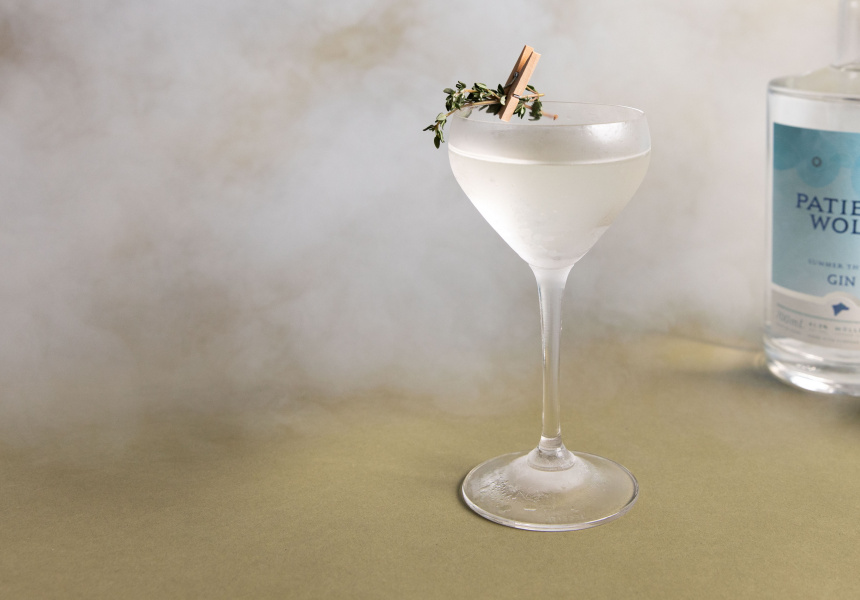 When David Irwin and Matt Argus decided they wanted to a change from their corporate jobs, the timing turned out to be absolutely right to make the jump into craft spirits. Argus had been in the UK just as the influential, small-batch gin distiller Sipsmith entered the market there, and both saw a similar movement picking up steam here in Australia.

So after several years of research and experimentation – including investing in a custom-built Müller copper still from Germany – the pair opened Patient Wolf Distilling Co in a Brunswick warehouse in 2016. The name comes from a classic quote by Hollywood actress Lana Turner, who quipped, “A gentleman is simply a patient wolf.” “We wanted it to be based on tradition, with a bit of edge to it,” says Irwin, now head distiller. For Patient Wolf, Turner’s Hollywood epitomises post-prohibition America, and the glamorous return of cocktail culture.

As demand escalated, Patient Wolf’s production outgrew its Brunswick space. “We wanted to move to a space where we could have a front-of-house offering to the public,” Irwin says. Cue the levelling up last November to a more spacious distillery and proper bar space in Southbank, where they thrived – at least until a certain global pandemic hit.

“Initially it was very tough,” says Irwin of adapting to drastic new restrictions mere months after opening the larger space. “At the start, it was the unknown. We knew our [bar] wasn’t going to be viable for very long. So we turned the bar into a retail bottle shop. Part of that was to make sure we still have a presence with the locals in the area, and just to be able to keep selling direct to customers.”

Patient Wolf was granted a temporary license that allowed it to sell some takeaway beer and wine from the bar, in addition to its branded bottled gin and a new range of pre-batch cocktails such as Martinis, Negronis and Espresso Martinis. It also introduced an online martini masterclass hosted by brand ambassador Blake Hall and began offering same-day pickup or delivery of cocktails and other stock to nearby postcodes.

Mail order has also helped the distillery weather the storm, especially since Melbourne went into a second lockdown in July. One of their most popular takeaway cocktails at the moment is Hot Buttered Gin, a warming take on mulled wine that pairs their signature Melbourne Dry Gin with fresh butter, rosemary, Murray River rock salt and blackberry jam sourced from the Yarra Valley. They also share easy-to-make cocktail recipes on their website.

Patient Wolf’s core range includes the lemon-kissed Summer Thyme (which is actually enjoyable all year round) and Blackthorn, a craft-minded adaptation of sloe gin that sources sloe berries from Tasmania (where they were planted by early Scottish migrants who called the bush “blackthorn”). “Sloe gins are typically high sugar, low alcohol,” Irwin says. “Ours is a higher ABV and very low sugar. The distillery also does a native series in collaboration with First Choice Liquor Market.

The growth in handmade, locally distilled spirits – and better online access to them – is only going to enrich the industry, Irwin says. “There’s been a big change to buying local, and the community spirit that surrounds it,” he says. “[And] having the option of being on that shelf is hugely important [to us]. It’s just a good thing for the industry”