Opulent Restaurant and Cocktail Bar The Matriarch Opens in Newstead

Hospitality newcomer Jimmy Truong has converted a warehouse on Masters Street into a fancy, French-inspired eatery and boozer. 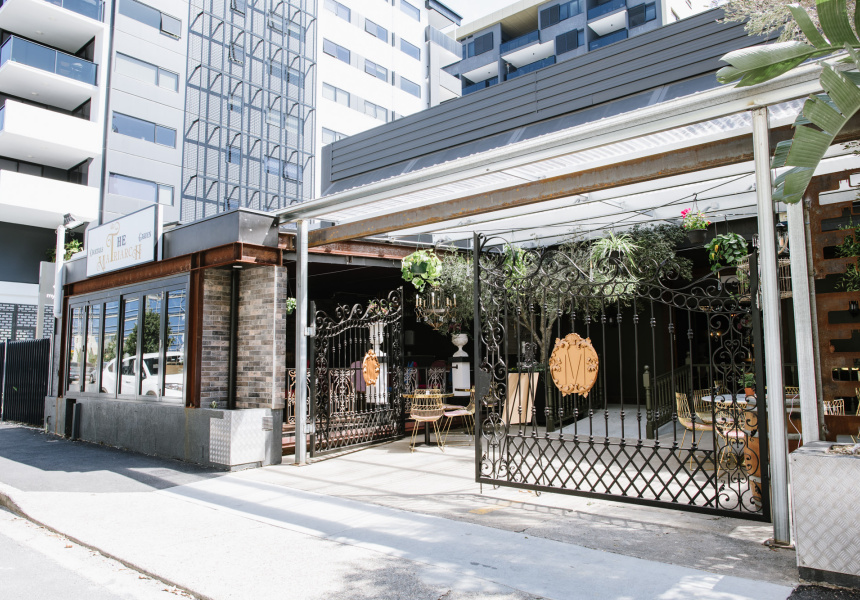 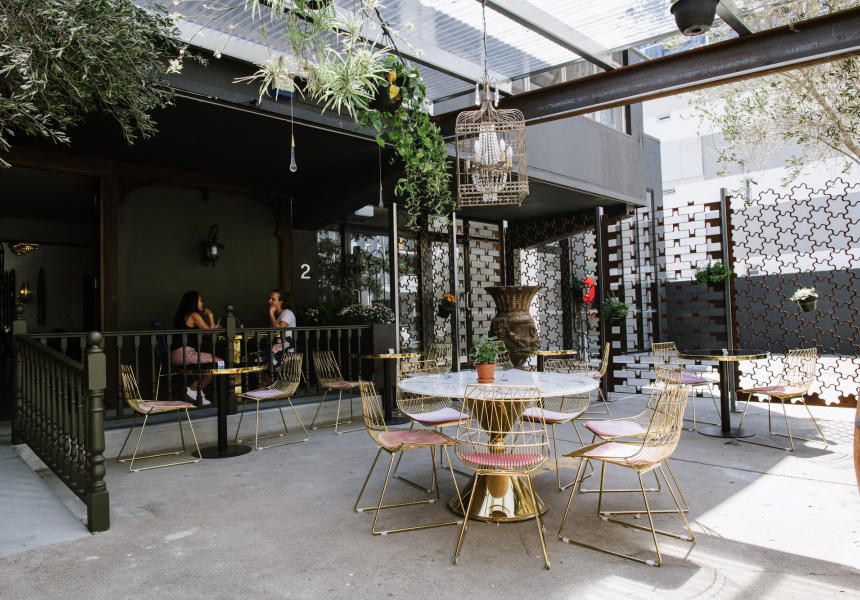 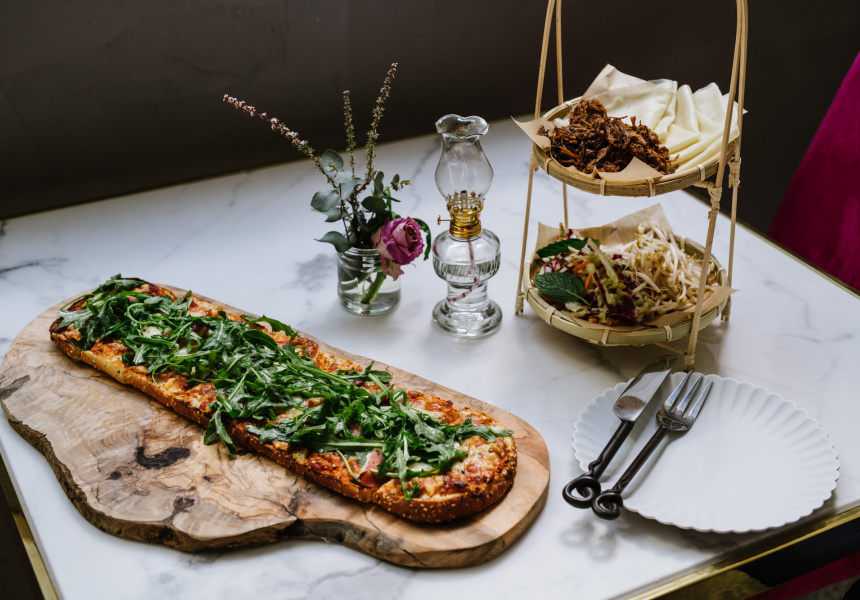 Brisbane hospitality newcomer Jimmy Truong is behind The Matriarch, an opulent, French-inspired restaurant and cocktail bar that opened on Masters Street in Newstead last week.

The converted warehouse may be small compared to the neighbouring apartment blocks, but it’s impossible not to notice. The entranceway is decked out with ornate black-and-gold gates that open onto a cocktail garden with olive trees. The grandeur continues inside, with more than 150 velvet chairs, stools and banquette seats gathered around marble tables. Chandeliers hang from the ceiling. The stand-out feature (and in this place, that’s saying something) is a textured gold wall behind the venue’s long bar.

Truong is the founder of Fortitude Valley paint-and-sip spot Brush and Barrel and Top Lashes Beauty Bar in Newstead. He says his decision to venture into hospitality started out as a joke with his beauty clients. “I told them I wanted to open a bar before I turned 30,” he says.

The joke turned serious when Truong started noticing what did and didn't work in different restaurants around town. He wanted to create a place with a French countryside atmosphere, where you could relax over cheese and a bottle of rosé. “It’s a place where people can come with friends or bring someone on a date to make them feel special,” he says. “It looks luxe and fancy, but you don’t need a loan to come here.”

Co-owner and chef Matthew De Wacht's share-plate menu is inspired by both the Mediterranean and Asia, with nods to Truong’s Vietnamese heritage. There are goat’s cheese balls, duck spring rolls, spicy chicken skewers, pulled pork pancakes and three different cheese boards. Mains include a beef fillet and a fisherman’s basket. There’s also a brunch menu from Friday to Sunday.

Truong travelled to Asia earlier this year to get inspiration for the 15 cocktails that appear on the menu. The venue is also pouring British restaurateur and TV personality Lisa Vanderpump’s rosé, and has commissioned the Australian Beer Company to produce its own Matriarch Lager.

Truong knows The Matriarch isn’t mainstream. It’s a risk, especially as a newcomer. “But the only way to stand out is to be different,” he says. 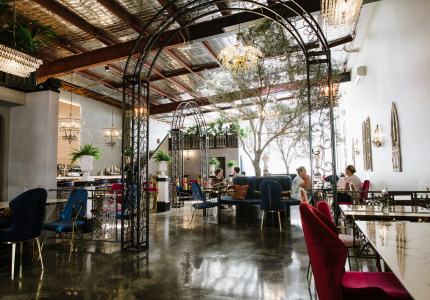