Tucked down a laneway in the heart of the Valley, it’s peddling prawn and crunchy lettuce sandwiches alongside Moccamaster-brewed Semipro coffee, as well as homewares and tasty pantry staples. Take a look inside. 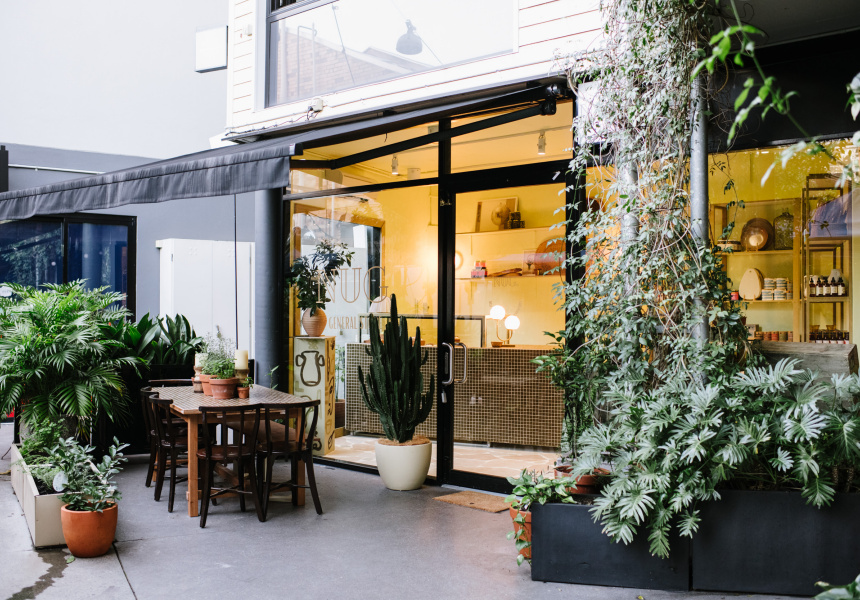 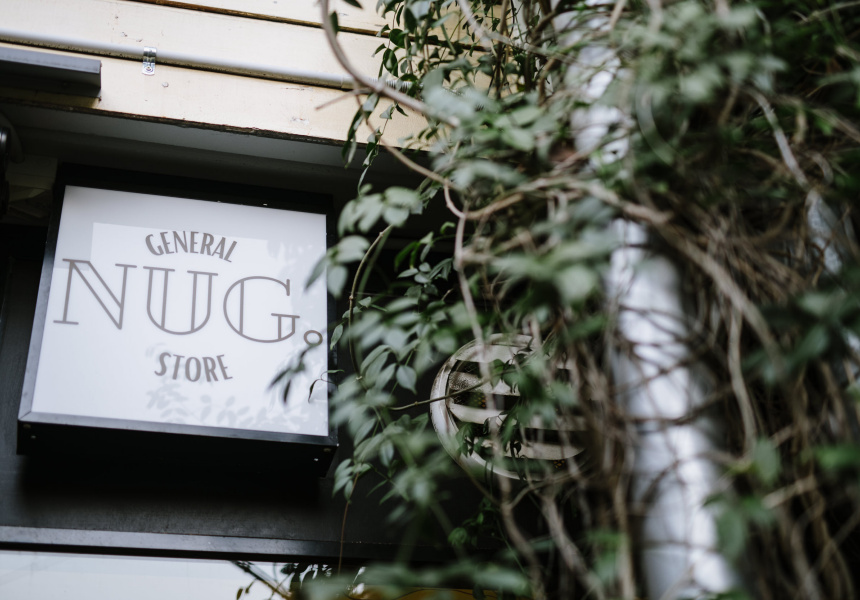 When Sarah Baldwin, Jarrod Applebee and Shane Phillips finally peeled the plastic from the windows of Nug General Store and stood back to look at what they’d created, they cried.

“It was pretty cute,” Baldwin says, laughing. “We were very, very proud.”

“It was the first time we were able to see what other people would see when they walk up the lane,” Applebee says. “That was a really cool moment for us. Even now, walking in every day, you just look at this nice little warm spot at the end of the laneway.”

You can understand the emotion. Nug General Store opens this Sunday, more or less exactly how the trio envisioned it. The old Cakes & Shit premises at the far end of Fortitude Valley’s Bakery Lane has been refurbed in timber, tiles and crazy-paver floors to create a space for fancy pantry staples and homewares curated by Applebee and Phillips, who own Finnley Home in California Lane. Nug also offers a rotating menu of sandwiches and salads prepared by Baldwin, best known for her celebrated Joy restaurant.

This is a venue from the heart – a reaction to the pandemic and our collective rediscovery of entertaining others in our own homes over the past two years.

“People had to learn to do so much more in the home,” Applebee says. “But rather than it being a chore, once people could have others over they thought, ‘Sick, I get to make food for people other than me.’ … We now get to impart all of that.”

Nug is neatly split into two small rooms. The first has a front counter with a glass cabinet stocked full of cakes, fresh fruit and more, with the second dominated by a large communal table for those who want to stop and eat. Throughout, fetching wooden shelving is stacked high with pasta, rice, oils, locally made passata and everything else in between. There’s Cuttaway Creek marmalade, Quinby’s chilli honey, Olsson’s sea salt products, Wallaby spring water, Vera non-alcoholic aperitifs, Mount Zero olives, and bread from Danny’s Bread. For homewares, Nug is stocking serving boards by The Wood People, candles by Black Blaze and stainless steel vases by Urban Eden, among many other items.

For food, Baldwin is using a simple kitchen at the back of the venue to prepare a menu of five sandwiches, backed by a rotating selection of salads. The sangas will change every couple of weeks but expect creations such as lamb with capsicum, prawn and crunchy lettuce, and a vegan tofu number served on fresh ciabatta. The food at Nug is an opportunity for Baldwin to loosen up from the more structured service of Joy, which is just next door.

“There are no recipes here,” she says. “I’m a little more precious about the way things are done next door, as I should be, whereas here Jarrod can just jump in and help chop potatoes. It’s just so much more casual, so much more about feeling and so much less about control. Just make it yummy.”

Otherwise, Nug is a neighbourhood hangout for Valley dwellers, or those looking to quickly stop and shop for the perfect home event. Walk through the door (with a ring from its charming doorbell) and simply grab some pantry essentials or homewares, or stick around for a sandwich and Moccamaster-brewed Semipro coffee. It’s up to you.

Looking ahead, Nug will introduce wine once Baldwin, Applebee and Phillips have secured a liquor licence, and regular workshops are also in the pipeline.

“Even Arthur [Apostolos, Nug’s landlord] said to us, ‘This was the right thing to come into the end of the laneway’,” Applebee says. “Because it just helps round it out. It’s food but it’s also lifestyle. It’s everything that has been dotted around the Valley laneways but all in one spot. It’s not too pretentious or trying to be something that it’s not. It’s just us.”