The brand’s been turning heads the last few months with its elegant, locally produced gin. Now you can taste it in-house. 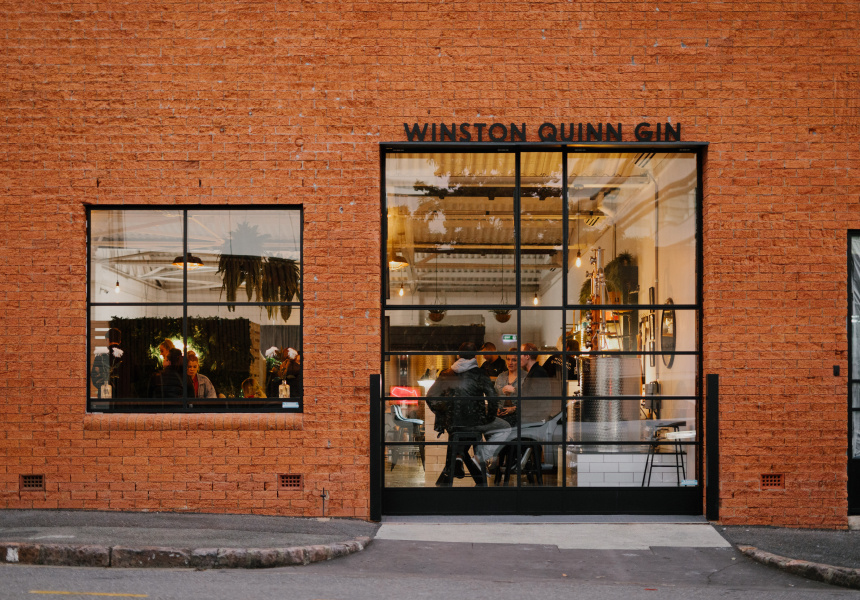 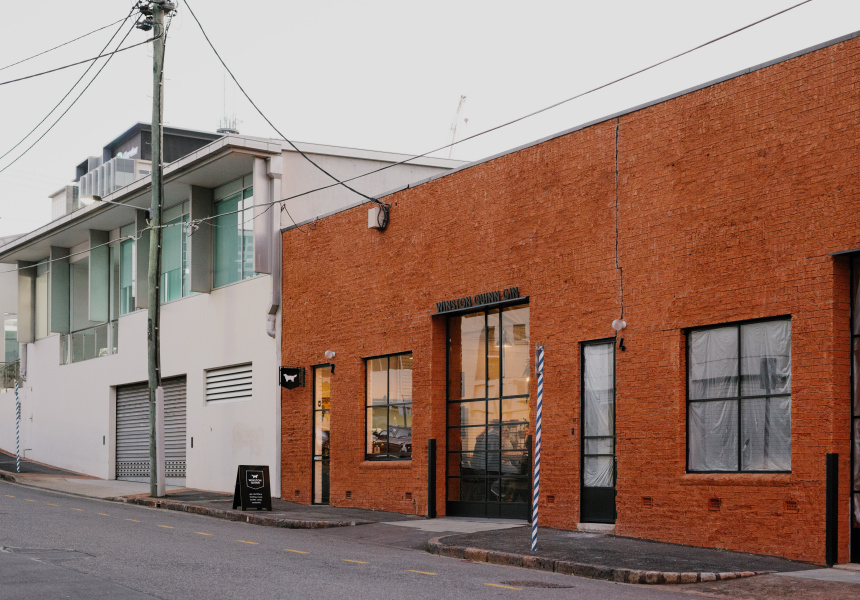 It was meant to be just one bottle of gin, not an entire tasting room.

Megan Donsky was working as an accountant when she decided to pursue a passion project to make her own gin. She visited distilleries, earned her own certificate in distilling and spent six months developing a recipe for what would become the Winston Quinn Skinny Jeans blue gin.

“It was the only thing I wanted to focus on,” Donsky says. “I was going to roll out a blue gin and it was going to be amazing and I’d designed the bottle. And then it came to the point of ordering the bottle – and it had to be 20,000 units.”

Donsky couldn’t commit to that kind of outlay on just one gin, so she decided to create a range. In addition to Skinny Jeans, Winston Quinn began producing Dry Cut, a clear gin designed for restaurants and bars; Pink Fit, which took the Ekka strawberry sundae as inspiration for a pink gin infused with strawberry, elderflower, grapefruit and wild apple; and Slim Crop, which is infused with cucumber.

Once Donsky had her range of gins, she ran into another hurdle – a Queensland legislative requirement that would restrict her to wholesale sales only. The solution? Open a tasting room at Wintson Quinn’s Fortitude Valley distillery.

It’s a handsome space, a ’60s warehouse on Prospect Street blasted back to its original red-brick facade, with a timber, white-tile and concrete fit-out inside. There’s seating for 50 punters (limited to 20 at one time on timed sessions until further eased restrictions kick in on Friday); plenty of greenery; and a line of holding tanks in the back corner. On one wall is an enormous mural of Quinn – one of Donsky’s two golden retrievers who inspired the brand’s name (the other is called Winston) – painted by local tattoo artist Elliot Crombie.

Sessions at Winston Quinn are currently ticketed for 90 minutes, with the choice of a tasting of all four gins (including a welcome G&T) or a general-admission ticket (which comes with a welcome cocktail). Once seated, cheese boards, grazing plates and extra drinks are all available.

The tasting room was scheduled to open in late March, before the coronavirus shutdown was mandated. Donsky describes it as a “scary” time – with restaurants also being forced to shut down, she would be left with just a single revenue stream via online Dan Murphy’s sales.

But the pandemic also provided a neat twist of fate, with Queensland easing legislative restrictions to allow more venues to sell alcohol online and via takeaway. Winston Quinn leaned into the relaxation, setting up an online store to sell its gin while peddling an enormously popular survival pack that came with a custom glass.

“If we’d opened a tasting room before that [change], people wouldn’t have known where we were,” Donsky says. ‘With the bottle shop, people would walk in and say, ‘What is this? We didn’t even know you were here.’ That’s made us popular.

“Last weekend was our official opening, but the weekend before that we didn’t do any media and we hadn’t done any posts on our website for the tasting room – we were almost booked out that weekend.”